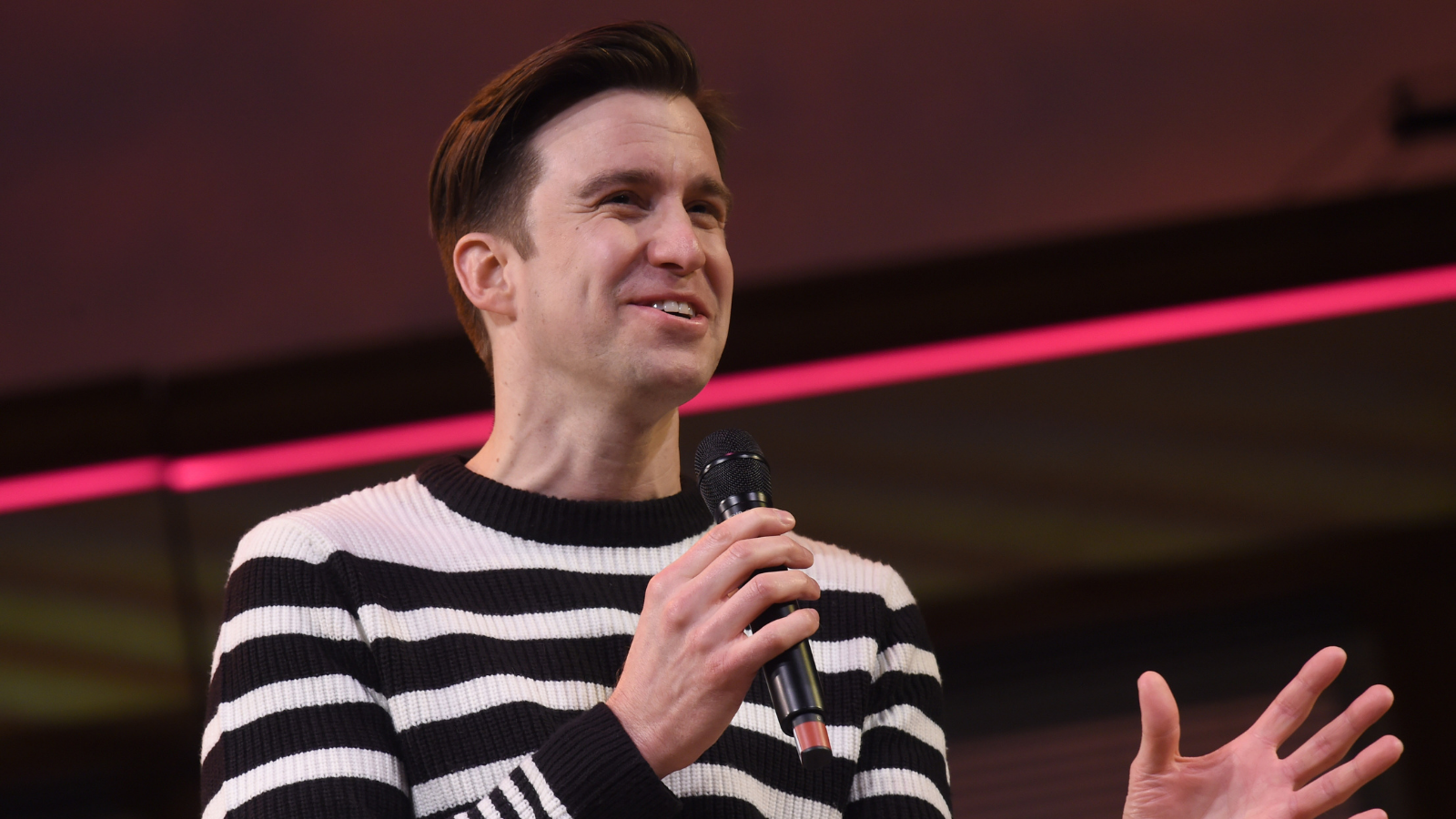 For any fan of Broadway, Gavin Creel is certainly a name you will know. From Thoroughly Modern Millie to She Loves Me and Waitress, The Book of Mormon, and his Tony winning performance in Hello, Dolly!, Creel has cemented himself firmly in the American Musical Theatre canon. For his latest role, he has taken a turn to the darker side in American Horror Stories, a new anthology series on FX based on the beloved series.

I caught up with Creel by phone to chat about the new show, his love of playing queer characters, and the kiss that made Theatre Twitter explode. Our conversation has been edited for clarity and length. ‍

Oh Gavin, Gavin, Gavin. You in this series deliver a truly insane performance, but I must first ask: does the casting of you and Aaron Tveit confirm that Ryan Murphy sits at home and watches MCC’s Miscast all night long on YouTube like the rest of us?‍

*Haha* Oh I don’t know Kobi, I haven’t talked to Ryan about any of that but I will say Aaron and I have had so much fun with them. We had no idea it was going to get so much attention. We were actually out in LA filming American Horror Stories when we recorded “In His Eyes” and everyone was commenting kiss already...and we were just like they have no idea...‍

So how did you get involved in the world of American Horror Stories?‍

I did this wild thing called...auditioning. I have not had a lot of time to do things on television or film because I’ve been really lucky to be working in the theatre for the past 20 years. And when I’m not on stage I have also been writing my own music but this project came along during the pandemic and my agent was like I think you might be interested and I was like...uh... yeah. It was all so secretive, we didn’t get any scripts and I had no idea who I was playing so it was all so fascinating. When I tell you I flew to LA and was meeting with the costume department and they were like here are some outfits for Troy, I was like...who is Troy?! ‍

Are you a big fan of the horror genre?‍

No, I was terrified! I watched season one of American Horror Story and Asylum and a few other episodes here and there and of course, like everything, I have a million shows to watch and not enough hours in the day. But I was really excited to be included in the world. I just think it's so sexy and disgusting, but it's always got this humor and truth to it as well. And, you know, getting to play with that was a ton of fun!‍

Your cast in these two particular episodes was a pretty insane lineup. How was it working with all of them? ‍

Matt Bomer, who plays my husband, just made the entire experience so joyful. We have been friends for 20 years and he's got so much experience in this world where, of course, I have spent most of my time in the theatre. But with him I was just in the safest, most wonderful hands. And of course Aaron [Tveit] is a dream and Sierra McCormick who plays my daughter is such a pro and Paris [Jackson] is so lovely. It was a really wonderful crew we had. ‍

I feel Twitter and social media was a blaze when the episode premiered. It was the kiss heard around the world with you and Aaron. What has the response been because this is a very different part for you? This is no Hello, Dolly! ‍

It certainly is! I’ve had some friends reach out and whatnot but I’m not on social media so I don't know what the people are saying. But that scene was great. We were laughing on set the entire day and going I guess we're doing this and thankfully it wasn't too salacious or anything! We thought it was going to be this whole thing and we ended up being finished after two takes. when you're with a friend like that and I see it was just you just trust the person and I trust Aaron. And I think he's such a good actor and singer, obviously. But we just have some fun and are determined to return to Miscast at MCC and do something crazy some day. ‍

What I love is that for so many folks you and Aaron are just two actors but for us in the Broadway community it is just a whole other level. ‍

Oh totally. It's our people. That's who I am. That's where I'm from. That's who I count as my fans. We are small, but we are mighty and loyal. When things like this happen, we all geek out over it. ‍

What has been your favorite part about this whole experience?‍

I love being able to play a gay man. I want to tell more gay stories. Ryan Murphy is the hero of putting especially the gay community and stories on screen. I'm so excited to have been an interesting, weird, and complex gay character, and it's not just the standard stereotypical ones. He's writing and making and producing all different kinds of stories like that. If I never play a straight person, that's fine with me. I want it to be interesting or some complicated, beautiful, deep, rich, weird, horrifying character who just happens to love men, you know? And I'm really happy to have gotten to do just that. ‍

If you could join any other Ryan Murphy property, which would it be?‍

I’ll be honest with you, it doesn’t exist yet. I want him to do an original movie musical and I want to be in it. I think that would be unbelievable. He loves musical theater, but also his style and the way he films and the people he gets to work with him and everything always looks so lush and amazing. I would be very excited by that. ‍

With Broadway’s return on the horizon, what show are you most looking forward to seeing?‍

Moulin Rouge. I told Aaron this, and I told Karen [Olivo] before she stepped back and Danny [Burstein] who I just saw in the park. I want to get two seats to their first performance. I think it'll probably be about seven hours long. It'll be standing ovations for every single second. Everybody is going to be sobbing throughout the whole thing. I can't wait to see it — even if I have to break into the Hirschfeld.‍

Will we see you back on stage anytime soon?‍

Well thank you for the opportunity to do a little shameless plug but I am doing a concert at the Metropolitan Museum of Art on October 25 and that is going to be awesome. That is the thing I am most excited to do. I just can’t wait to get back on stage and share what I’ve been writing lately.

‍American Horror Stories is streaming exclusively on FX on Hulu.