Gideon Glick on THE OTHER TWO 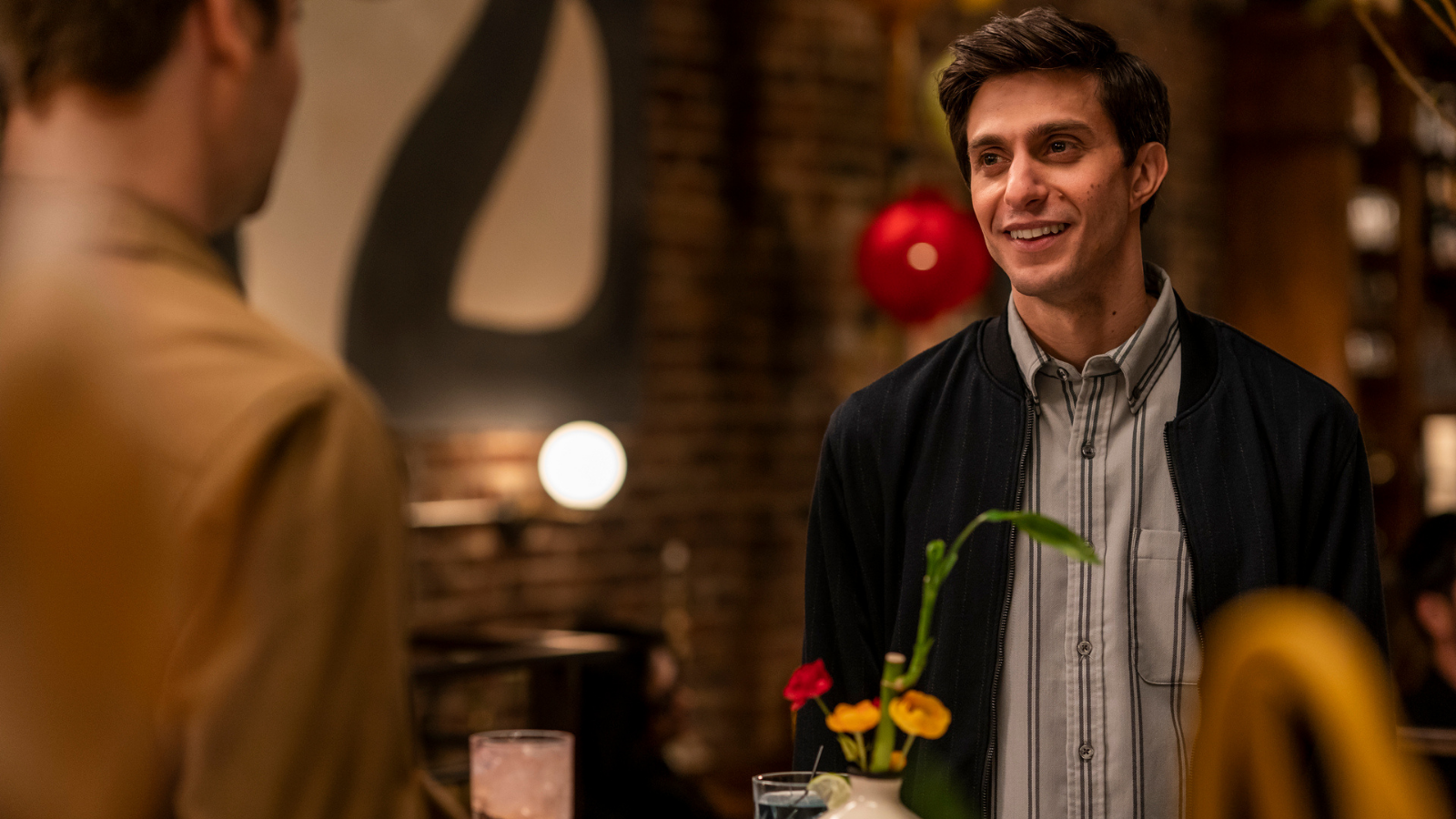 Gideon Glick in The Other Two | Photo: Zach Dilgard/HBO

Gideon Glick has been endearing himself to audiences since originating the role of shy, lovestruck Ernst in Spring Awakening. An actor capable of generating an incredible amount of empathy for his often bashful characters, he was last seen onstage as Seymour in Little Shop of Horrors—a lauded run which was cut short by the pandemic.

Never one to stay too far away from the spotlight, he recently appeared in the second season of HBO’s hit series, The Other Two, created by Chris Kelly and Sarah Schneider . Playing Jess, the level-headed boyfriend of co-lead Cary Dubek (Drew Tarver) he stuck out in the surreal, pop culture-savvy comedy. His character’s sheer normalcy gave the show—possibly the sharpest, funniest critique of modern gay culture—a chance to explore gay relationships in the age of Instagram.

I spoke to Glick who, appropriately for our conversation, had just returned from a trip to Provincetown. Our phone conversation has been edited for length and clarity.

What was it like cutting off Little Shop so soon? Were you at all prepared for that?

I was, somewhat, because my husband's a doctor. He had been following the pandemic pretty closely and I was just kind of waiting for the shoe to drop.

It was my last week when COVID hit! We made it to that Thursday [March 12, when live performances were suspended in New York], and I only had a couple more days left of my run.

Now, The Other Two is a show that just keeps getting better and better. Were you already a fan of the first season?

God, I was such a fan. It's so delightful to be on a show that you are engaged with as a spectator and as someone invested in what’s happening. I’ve been a big fan of Chris and Sarah for years, especially their work on SNL. I was really moved by Chris’ film, Other People, so I'd been following them for a while now.

We already had kind of a relationship; I’d sent Chris a message after I saw Other People, because I really was so terribly moved by the script, and [stars] Jesse Plemons and Molly Shannon, so we kept in touch. He and Sarah had already seen my work on Significant Other and To Kill a Mockingbird, so they essentially wrote me this part and asked me to come out to L.A. to do a reading.

I'm always obsessed with series or movies that have a lot of theatre people. What's the atmosphere like on set, when there’s so much theatre kid energy—are you all just, nerding out?

Well, it’s theatre kid energy, but it’s also comedy energy, so it’s just fun! Everyone's having a good time, everyone's happy to be there, and it goes by fast. I never really wanted to leave set, I’ll be honest.

You are such a calming presence on the show; how did that vibe with the rest of the cast, who’s operating at such a manic pitch?

Well, it’s really interesting— the show is heightened, but it also has this incredible, moving throughline for these great actors like Molly and Drew and Heléne [York]. Their characters are big, but they're grounded, so I just hooked onto that and tried to be in the world.

But I was also cognizant of the fact that my role was in service of Cary's arc, as a sort of newly forming gay man with a burgeoning romantic and sexual life. I understood that I was there to provide an idea of domesticity for him and was a test to see if at this point in his life, if that was viable or not. So I was trying to be there to support him and the relationship that they’re having.

I love Drew so much, we just laughed all the time. He really knows how to make me laugh, and I'm glad you can’t see it, but there were so many times where my shoulders are actually moving off-screen because he’d just be making me laugh constantly. It was such a joy to work with this cast, they're all great, great actors.

Did you know him or Heléne before?

I knew Heléne, just because she's a theater gal, but I didn't really get to know her until I joined the show. Everybody else, I didn’t know.

You mentioned being a fan of Molly Shannon, what was it like being on set with her?

I grew up watching her, so I just kind of sat back and enjoyed the show. Molly is so generous and kind, but I was still super intimidated because I grew up on SNL. Her legacy on SNL is huge for me, I’m such a fan.

Some of the funniest moments on the show have to be yours and Cary’s interactions with this Insta-gay couple you start going on these double dates with. Having just been in Provincetown, especially, what’s your take on this sort of hyper-mediated gay presentation?

I see it across the board, it's almost an industry. I think all of social media is a double edged sword; there's a lot of greatness that can come out of it, but it's also problematic because it is only presentation. I don't think social media ever provides context; it's quite black-and-white and not necessarily a discourse.

Do you see yourself reflected in those characters at all, or are you more like Drew?

*Laughs* I think there's kernels of truth everywhere. I mean, I am an actor and I do post on social media, so I can identify to an extent.‍

Both seasons of The Other Two are now streaming on HBO Max.