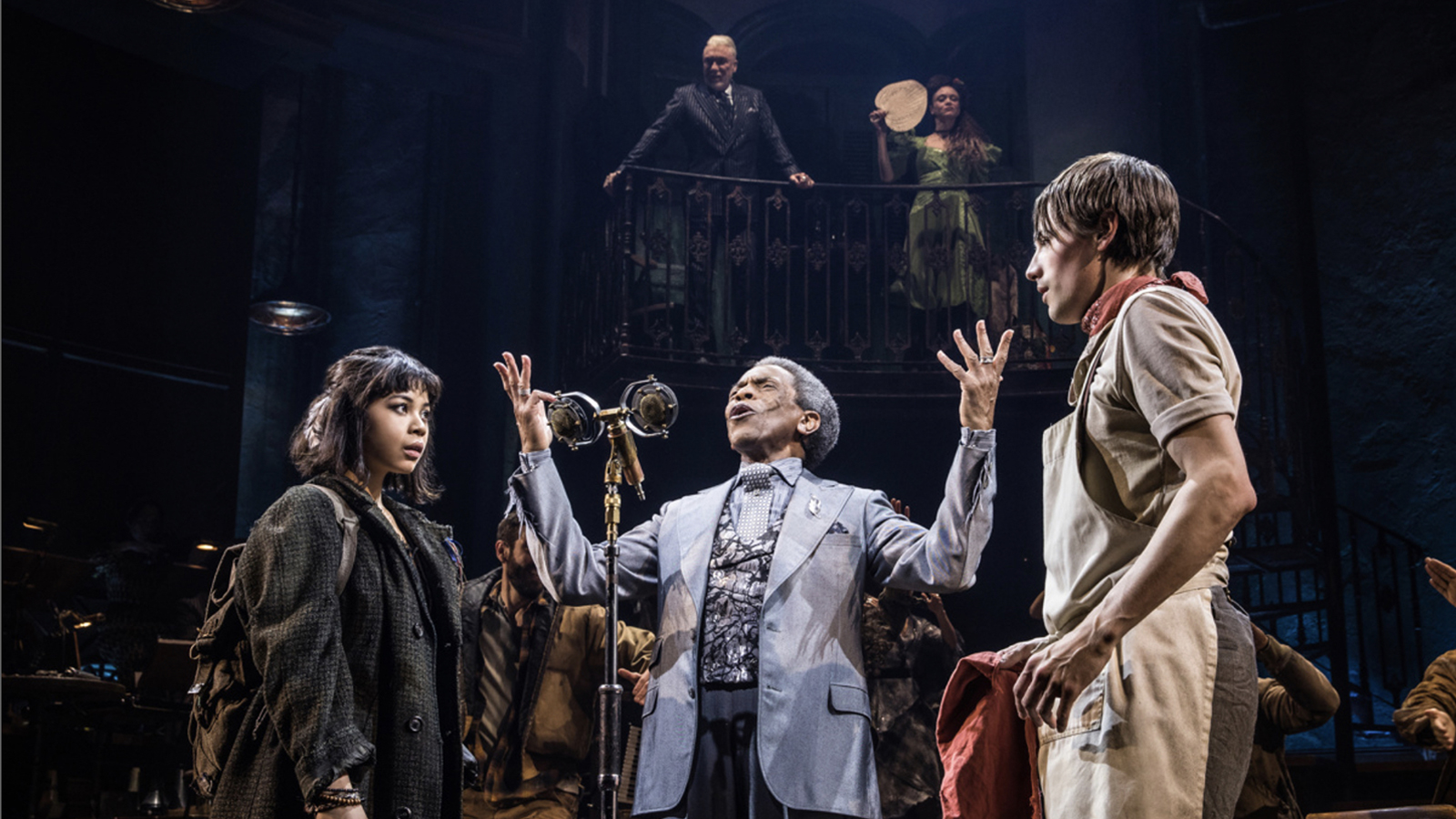 The North American tour of Hadestown will kick off with its official opening taking place Friday, October 15, at Washington D.C.’s Kennedy Center for a four-week engagement and continue to over 30 cities in its first season with more to be announced shortly. Prior to the Kennedy Center run, the tour will have a week-long stop at Greenville, South Carolina’s Peace Center (Tuesday, October 5 – Sunday, October 10). For the latest tour route and other information, please visit: www.hadestown.com/tour

The Broadway return and the start of the tour will be preceded by Hadestown’s first international production after winning eight 2019 Tony Awards. This production at Seoul, South Korea’s LG Art Center will be presented by S & Co., a leader in the Korean musical theater industry, the Korean language production will open this August for a limited engagement.

The producers of Hadestown, Mara Isaacs, Dale Franzen, Hunter Arnold, and Tom Kirdahy, said, “For the past 15 months, ‘spring will come again,’ has become our mantra. Anaïs Mitchell’s elegant lyric has gotten us through a year of profound change, soul searching, and more than a few sleepless nights. Now, as spring is in full bloom in New York, that mantra continues to show itself in wonderful ways, as we’re able to announce not only our return to Broadway, but our North American tour, and our first-ever international production in South Korea. Bringing Hadestown back to stages all over the globe is a fundamental celebration of theater’s survival, about the power of this beloved art form, and the strength of millions of arts workers who are bringing it back to life. It will be an honor to sit in the audience on Thursday, September 2 at the Kerr and see fans welcome our cast, crew, and band back to the stage where they belong.”

Tony Award-winning director Rachel Chavkin said, “I have desperately missed this show and our company over the past year. Hadestown is about rebirth and the deep need to tell old stories anew in fellowship together; I think when audiences reunite with our company (onstage and off), it’s going to be wildly powerful. Hadestown is also about a community coming together and calling for change. As we’ve seen demands for necessary change from across the country – in the fight for racial justice and economic justice and environmental justice – I think the show’s central theme of imagining how the world could be will ring out particularly loudly.”

Casting for both Broadway and the upcoming tour will be announced in the coming weeks.

Following two intertwining love stories — that of young dreamers Orpheus and Eurydice, and that of King Hades and his wife Persephone — Hadestowninvites audiences on a hell-raising journey to the underworld and back. Mitchell’s beguiling melodies and Chavkin’s poetic imagination pit industry against nature, doubt against faith, and fear against love. Performed by a vibrant ensemble of actors, dancers, and singers, Hadestown delivers a deeply resonant and defiantly hopeful theatrical experience.

Broadway is committed to providing healthy and safe facilities for audiences, performers, and staff. Based on CDC and New York State guidelines at the time of performance, protocols may include mask enforcement, increased cleaning and ventilation/filtration enhancements, vaccination or negative test verification, and more as developed by the theater owners in conjunction with the State and will clearly be communicated to patrons prior to the performance.

Tickets for Broadway will go on sale to the general public on Friday, June 11 at 10 AM ET via www.seatgeek.com/hadestown-tickets

Prior to the general on sale, tickets will go on sale exclusively for American Express® Card Members on Tuesday, June 1 at 10 AM ET through Tuesday, June 8 at 9:59 AM ET by visiting www.hadestown.com.