Hanging Out With the Cast of KINKY BOOTS Off-Broadway 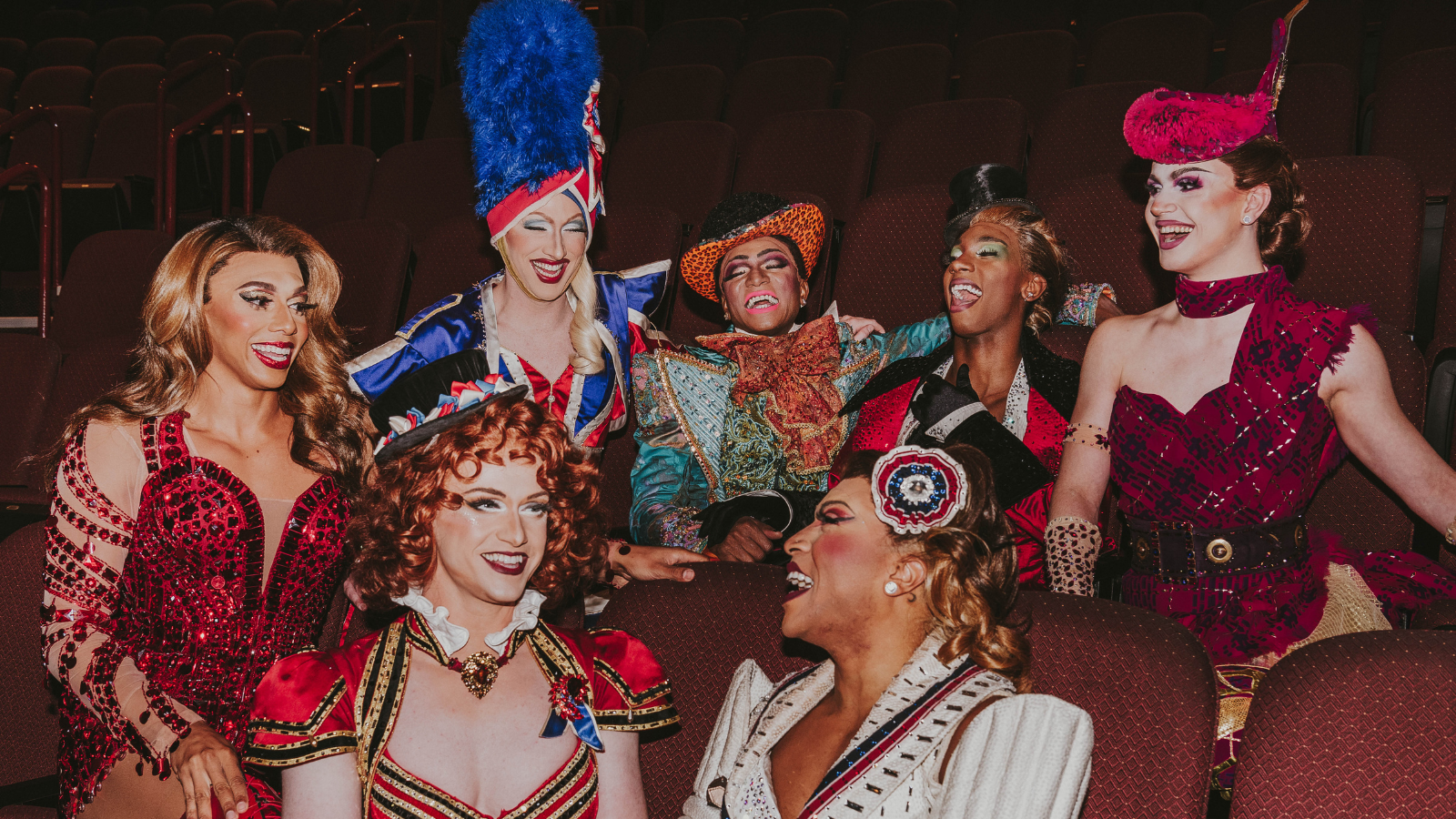 Everybody say “Yeah!” The new Off-Broadway production of the Tony-winning musical Kinky Boots opens August 25 at Stage 42. To celebrate the show’s return to New York City, Theatrely met up with some of the cast for a glam photoshoot in their own house.

Photographer Michaelah Reynolds snapped portraits of Callum Francis, who plays Lola, and the production’s Angels: Nick Drake, Ian Gallagher Fitzgerald, Kevin Smith Kirkwood, Marty Lauter, Ricky Schroeder, and Tarion Strong. With the help of the production’s dressers and hair and makeup artists, the actors got suited up in their “Raise You Up” finale looks—hats, sequins, thigh-high boots, and all!—and strutted the aisles for the cameras.

‍Kinky Boots features music and lyrics by Cyndi Lauper, a book by Harvey Fierstein, and direction and choreography by Jerry Mitchell. The original Broadway production opened April 4, 2013, at the Al Hirschfeld Theatre and ran for six years, playing 2,505 performances. It has since toured nationally, with additional productions having played in London, Australia, and beyond.

Much of the show’s original design elements, including David Rockwell’s set, Gregg Barnes’ costumes, and Kenneth Posner’s lighting, returns for the Off-Broadway run. The creative team is rounded out by Gareth Owen on sound design, Josh Marquette on hair design, and Darion Matthews on makeup design.

Francis leads the cast after having previously taken on the role of Lola in the Broadway, London, and Australian companies. He is joined by Christian Douglas as Charlie, Danielle Hope as Lauren, Brianna Stoute as Nicole, Sean Steele as Don, and Marcus Neville, who is returning to the musical after originating the role of George on the Main Stem.

For more information about Kinky Boots, click here. All photos by Michaelah Reynolds.