Harry Hadden-Paton on FLYING OVER SUNSET 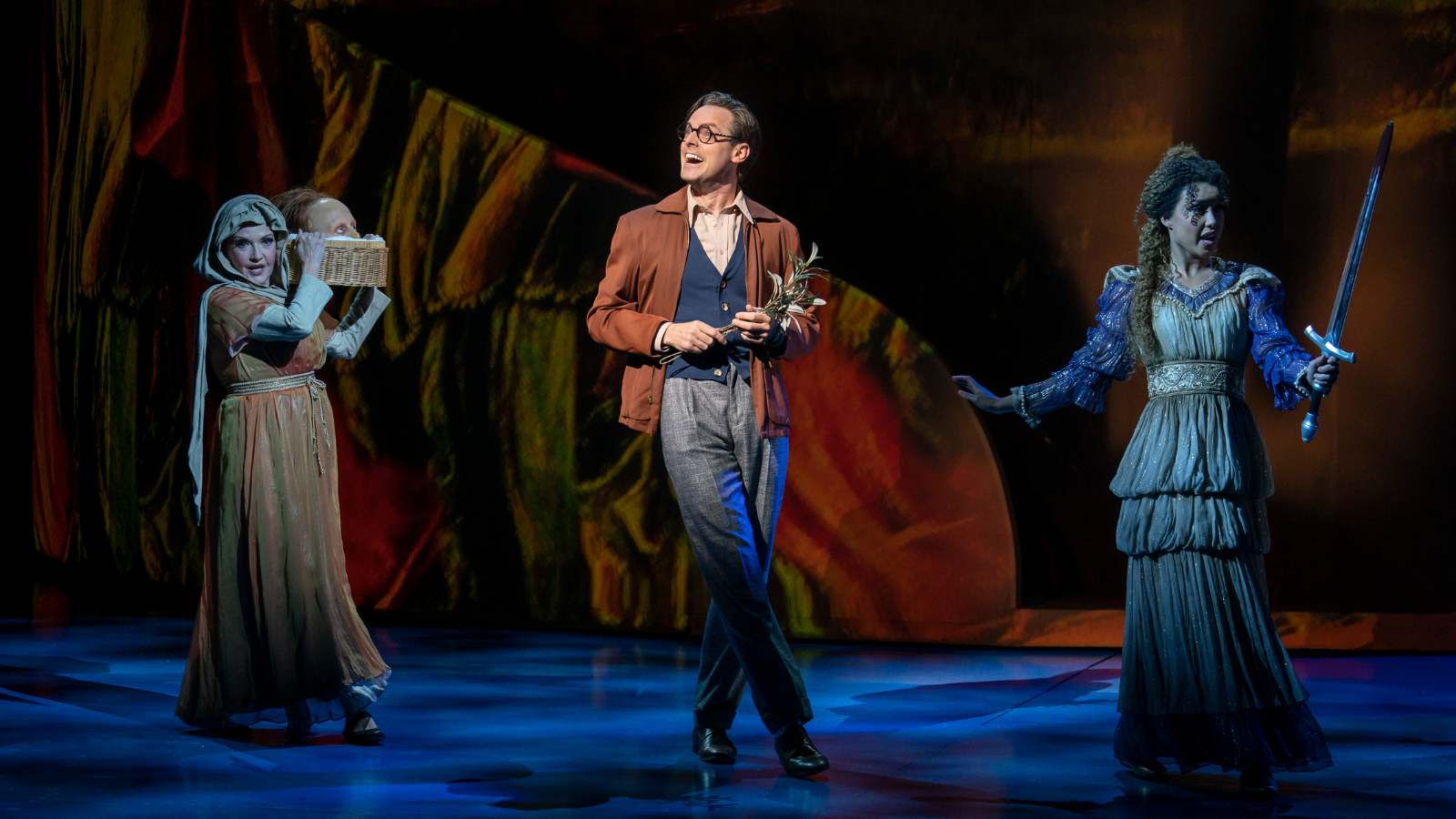 Two years after his Tony-nominated performance in the revival of My Fair Lady, Harry Hadden-Paton returns to Broadway in Flying Over Sunset, which opens on Broadway tonight.

On a surface level, Flying Over Sunset is about a fictional meeting between Aldous Huxley (who Hadden-Paton portrays), Clare Boothe Luce and Cary Grant, who all used the drug LSD in the 1950s. But Flying Over Sunset at its core is a story about human connection.

“What it deals with is loss and connection and communication and friendship, which are all very relevant after the pandemic,” Hadden-Paton said. “That’s really what it’s about: focusing on what’s important and being made to focus on the now and what our priorities are in life and connecting with other people.”

Flying Over Sunset is an original musical by James Lapine, which Hadden-Paton said made this show especially exciting to work on.

“I’ve always wanted to do [an original musical], it was on my bucket list,” Hadden-Paton said. “And to be able to be in a James Lapine original musical is extraordinary.”

Part of the excitement of working on an original musical, Hadden-Paton said, is the fact that audiences come in not knowing much about the show.

“What’s great is no one knows what to expect,” Hadden-Paton said. “And having the audiences there now and going through it with them as they witness this work of art for the first time is exhilarating.”

Hadden-Paton said working with Lapine and the creative team for Flying Over Sunset is “incredible.”

“It’s an honor being in the room with him and Tom Kitt and Michael Korie, creating this material that I know will live on long beyond my lifetime and be part of the cultural conversation for decades is a great honor,” Hadden-Paton said.

Hadden-Paton also said Flying Over Sunset works on an emotional level in a way that does not always make sense logically, and this experience has helped him grow.

“Life doesn’t always follow these grooves, these laid-out roads that make me feel in control and safe. It works on an emotional level, which is much deeper,” Hadden-Paton said. “So I’m learning a huge amount and learning to trust [Lapine], who’s been around for a long time, in what he’s created.”

This show is Hadden-Paton’s first stint on Broadway since the COVID-19 pandemic. While Broadway and Lincoln Center look different than they did since Hadden-Paton’s last appearance, he said he is grateful to share theatre with live audiences again.

“Just being able to share a show with people and move them away from this hell we’ve all been through, to be able to get a crowd to start breathing together again is an extraordinary honor and privilege,” Hadden-Paton said. “I don’t take anything for granted anymore.”

Hadden-Paton said he’s excited for audiences to experience the show.

“It’s an original musical by one of the greats, and it’s different to everything else on Broadway,” Hadden-Paton said.

In addition to working on Flying Over Sunset, Hadden-Paton also recently worked on the film Downton Abbey: A New Era, which premieres next spring.

Hadden-Paton said working on the film was fun partially because the cast already knew each other from working on Downton Abbey previously.

“We’ve all stayed in touch, we all know what each other has been through,” Hadden-Paton said. “That means turning up to work isn’t a job, it’s fun.”

Hadden-Paton said he is excited for fans of the show to see the film, especially following the hardships of the pandemic.

“It’s full of sun and family values and comedy, it’s very light,” Hadden-Paton said. “I think it’s a perfect antidote to the pandemic, and I know it will bring a lot of comfort to people to see these characters again in these times that are tricky.”

Flying Over Sunset is now in performance at Lincoln Center's Vivian Beaumont Theater. For tickets and more information, visit here.