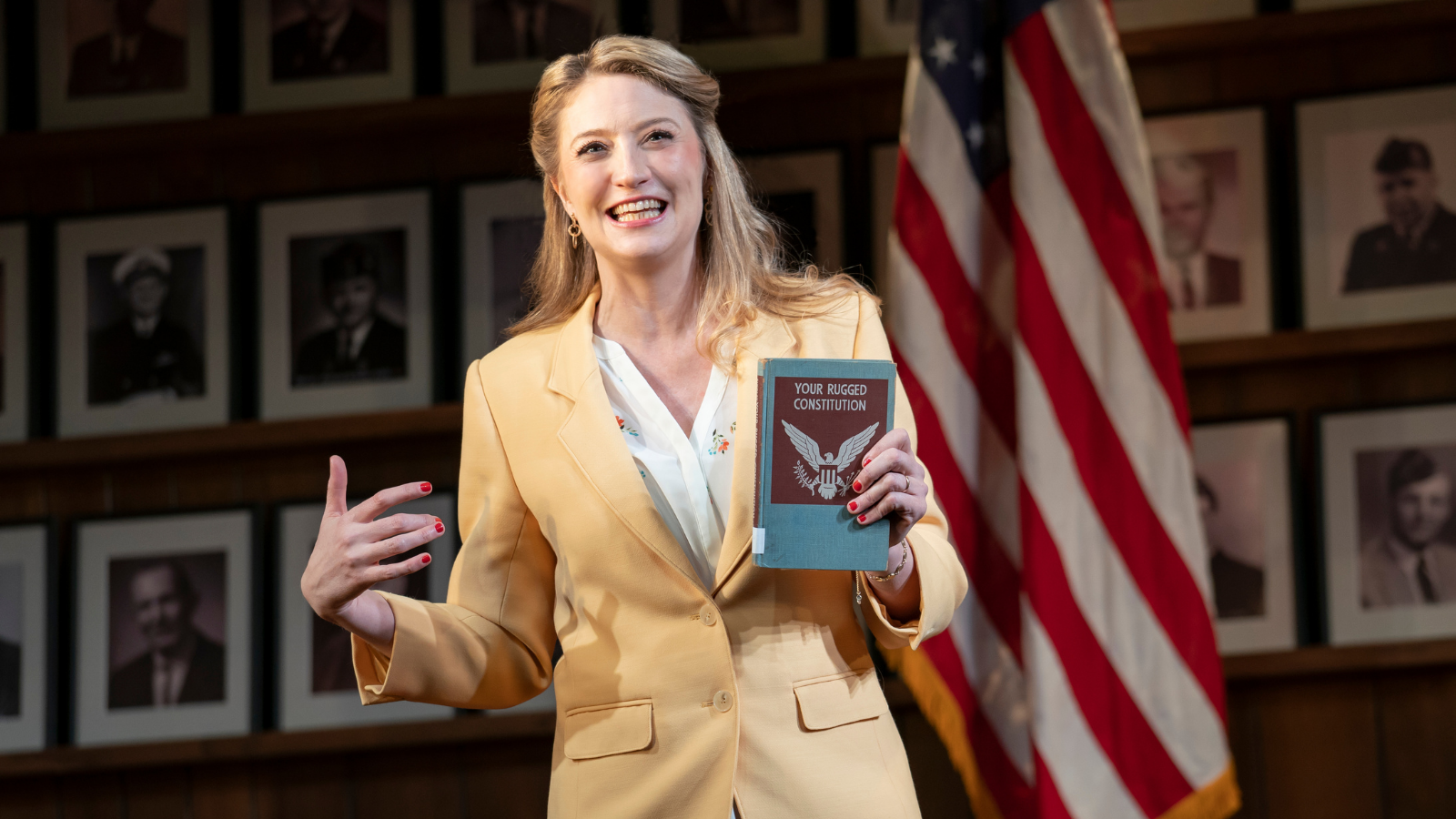 Heidi Schreck in What the Constitution Means to Me | Photo: Joan Marcus

Heidi Schreck and the original Broadway cast of her Tony-nominated and Pulitzer Prize finalist play What the Constitution Means to Me will reunite for a special one-night-only reading of the play. The benefit, held June 9 in the Great Hall at Cooper Union (well-regarded as a historical center of public discourse), will raise funds for the National Network of Abortion Funds.

Schreck’s work explores the U.S. Constitution and imagines how it can shape the next generation of Americans. In it, Heidi resurrects her teenage self—the one who entered Constitutional debate competitions across the United States to raise money for college tuition—in order to trace the relationship between four generations of women and the document that shaped their lives.

The show premiered off-Broadway at NYTW in 2018 before transferring to Broadway in 2019, receiving two Tony Award nominations (Best Play and Best Leading Actress in a Play for Schreck), among countless other honors. On Broadway, What the Constitution Means to Me was extended twice and fully recouped. A film capture of the production is currently streaming on Amazon Prime Video, featuring Schreck and the original cast.

After Broadway, the show kicked off a tour at the John F. Kennedy Center for the Performing Arts in Washington, D.C., followed by sit down engagements in L.A. and Chicago. The national tour resumed last year, following COVID-19–related delays, and recently concluded in Nashville, Tennessee.

The National Network of Abortion Funds builds power with members to remove financial and logistical barriers to abortion access by centering people who have abortions and organizing at the intersections of racial, economic, and reproductive justice. Learn more here.

For tickets, click here. All attendees will be required to show proof of COVID-19 vaccination and wear a mask at all times during the performance.