How Donja R. Love Is Using Sex, Healing, and Surrealism to Make Art in Theatre 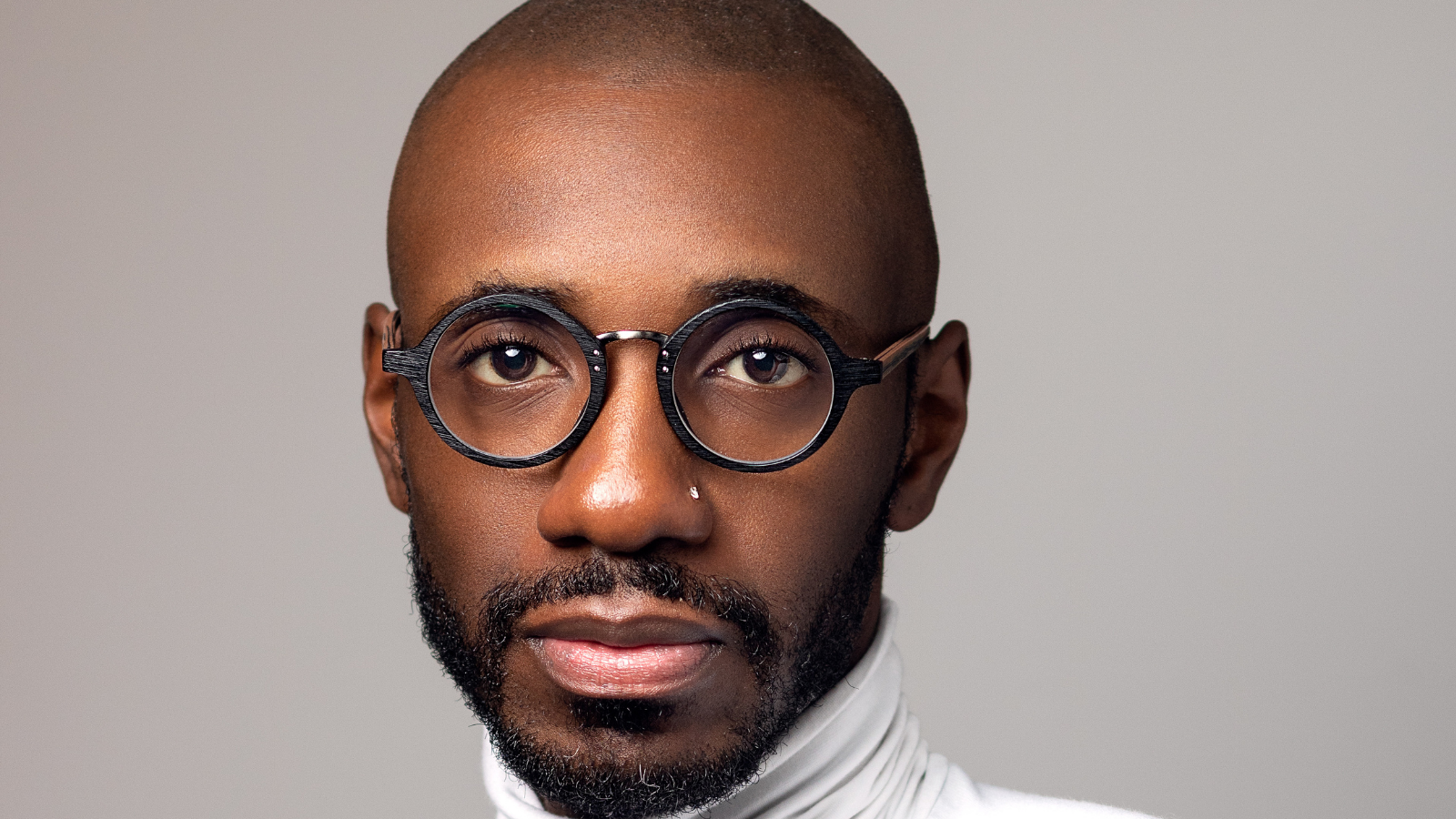 Donja R. Love often centers his work on exploring the queer experiences through the lens of Black and Brown bodies. His latest pieces, i need space and soft, do that through two different mediums that allowed the theatremaker to push his craft further than ever before.

‍i need space is a digital series, now streaming on Broad.Stream, and follows aspiring actor Marcus as he blows up his love life to find healing. Next month, soft will premiere at MCC, a new play that follows a group of students as they face a world trying to harden them.

Check out Theatrely’s interview with Donja, as we discuss the power of sex, healing, and surrealism in theatre. This interview has been edited for length and clarity.‍

Theatrely: You should know I just watched the first three episodes of I Need Space in an open-area WeWork…
Donja: Should've warned you, should've warned you! [Note: the first scene of the series depicts two men having cybersex in a very realistic, NSFW fashion].

I love it! I’m like, “Oh, ok, this is real.” Plus, there are conversations here that are absolutely worth exploring when it comes to relationships. What inspired you to write this work?
‍So, Scott Elliott, the artistic director of The New Group, and I were chatting in the summer of 2020, and we were just keeping in touch because they produced my play one in two at the end of 2019. Everyone was talking about lockdown and asking “what is our new world?” I was sharing how I had been fortunate enough to be in quarantine with my husband, but a lot of our friends were quarantining by themselves, and they were just expressing how lonely they were. And they were keeping it real, like “I want to fuck. I miss being able to touch a man, to touch a person.” That made me really want to explore what it looks like to be physically distant from someone and [add on top of that] to want emotional distance, as well. What is that space? How do you navigate, “I’m already physically distant from a person, but I also want to be emotionally distant from a person.”

The main character, Marcus (played by Christopher Livingston, now starring in Birthday Candles on Broadway), really goes through it as he tries to get a hold on his life. How did you end up developing the character and storyline?
So, I am a queer person who has an amazing support system, right? Like, my parents are phenomenal and, even still, I understand what it means not to feel like you belong. I understand what it means to have trauma in my past as a queer person. And so, I was very interested in “what does it mean for queer and trans identify people to navigate towards healing?” We talk about healing and self-care in this mystified, beautiful way, but when we get down to the nitty-gritty of it, it’s actually very complicated. Sometimes we have to remove people from our lives who have been there for a long time. Sometimes we have to hold ourselves accountable for the bullshit that we've done. How do we navigate that, particularly if we've come from trauma, whatever that trauma may look like, for us individually and as a collective?

‍You directed the piece, too?
‍I was scared shitless! [laughs] I was petrified because I am so used to being in collaboration with another person. So, what happens when you don’t have that anymore? I will say, though, [we had] amazing actors who were so game; we had many conversations to really explore and discover. So, while I was scared initially, I think that they [and the creative team] really prepared me to show up as fully as possible.

‍You also have a play, soft, arriving Off-Broadway soon at MCC. What has it been like having a digital work premiere and an in-person presentation simultaneously?
‍It's everything. It’s very humbling to have a digital work that will exist indefinitely, one I not only wrote and created, but I directed as well. That has me so excited to continue directing. And soft is such a theatrical work in terms of what happens in the piece, where the audience is really invited into the work. Whitney White is such a brilliant director, and she leans into the surrealism of the piece in such a beautifully, no pun intended, soft way.

Tell me a little bit more about what surrealism means to you as an artist…I’ve noticed that you like to play with it in your work a lot.
‍Without giving much away, we think about flowers, things of that nature, when it comes to softness, at least to me. So within the world of soft, we are really holding space for flowers and the beauty of them through black and brown people. What does it look like for them to exist in this space? There are moments when it becomes heightened…so that actually has me really excited to be able to show softness in that way for our communities who, because of society, aren't equated to softness. In terms of i need space, just brace yourself for Episode 4. Even though it’s a digital series, I still had to find a way to get the surrealism in there. It’s my jam…absurdism, surrealism, those things really excited me. I don't want to create just real life. I want to look at life, but through a very different lens. How can we show different elements and different qualities to our existence?

You can watch i need space here and buy tickets to soft here.