How HEATHERS: THE MUSICAL Became a Fan-Fueled Nightly Rock Concert 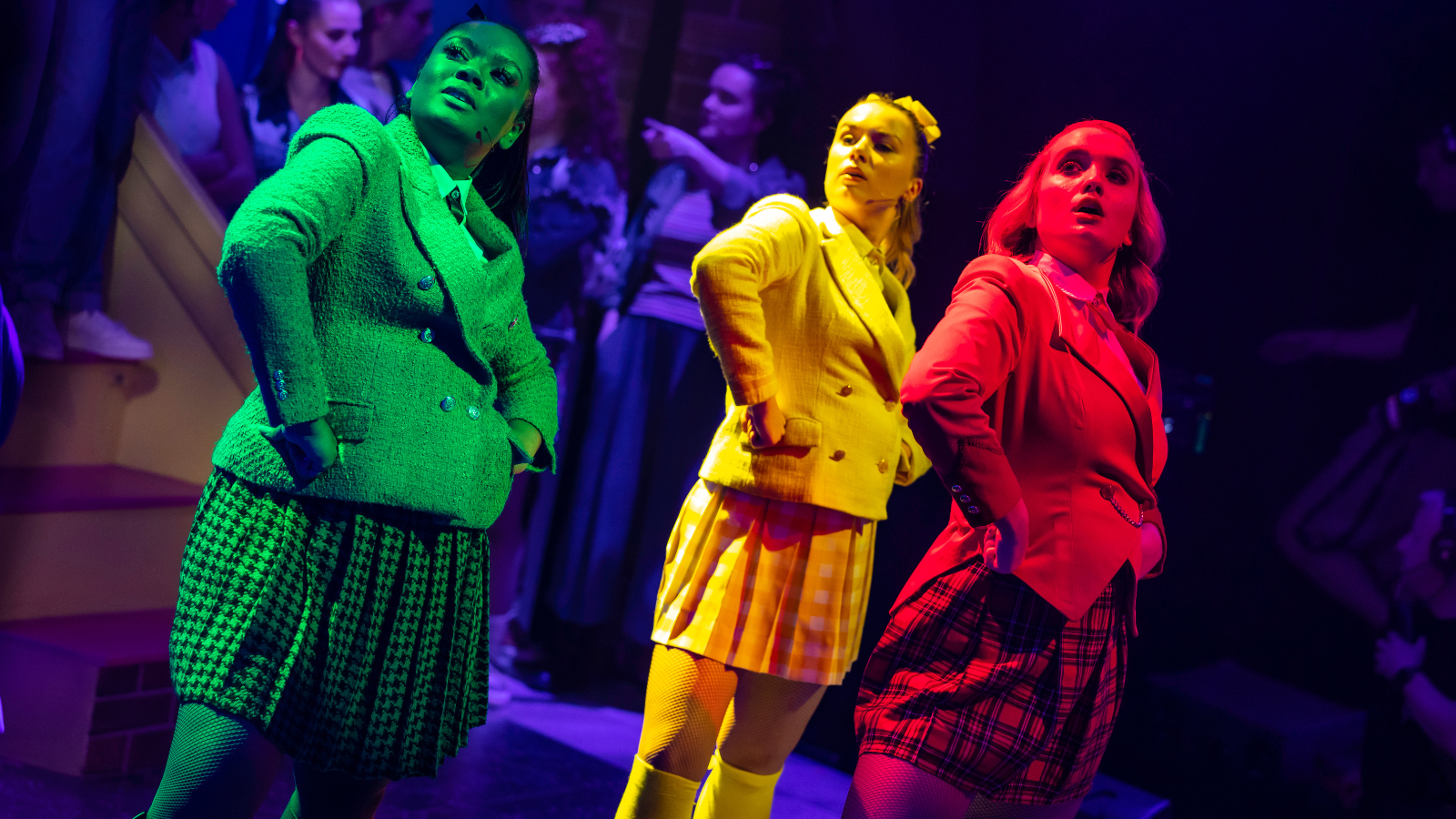 The cast of Heathers: The Musical | Photo: Courtesy of The Roku Channel

Anyone who’s seen Heathers: The Musical at London’s small but mighty The Other Palace can tell you it’s a unique theatregoing experience. With cosplaying Corn Nuts (the endearing moniker chosen for the show’s international fanbase), sing-a-long performances, and boisterous audience reactions, the vibes permeating the off-West End house can now be felt from afar—all the way across the Atlantic.

“When someone comes to see Heathers in London, the first thing they say is ‘That audience! People are so dressed up, and the energy!’” director Andy Fickman tells Theatrely. “That’s what The Other Palace is to us—it’s like a rock concert.”

With the recently released live capture of the popular musical, now streaming in the U.S. on The Roku Channel, Fickman is bringing the “Big Fun” party from that house to yours.

If you are a millenial/Gen-Z cusp baby, you may know Fickman’s work without even realizing it. A Hollywood fixture for the past 20-odd years, his films include some early 2000’s teen classics like She’s the Man and The Game Plan.‍

It must have been the youthful sensibility and sense of humor so present in those projects that attracted him, in the late aughts, to the developmental workshops of a Heathers stage musical, adapted from the 1989 teen cult classic. In the show, penned and scored by Kevin Murphy and Laurence O’Keefe, we follow Westerburg High School student Veronica Sawyer struggling through a typical All-American high school experience. Typical, that is, until she joins the popular trio of Heathers, and eventually finds herself on the wrong end of a string of student murders and suicides alongside deranged love interest/accomplice J.D.

The first iteration of the musical began in Los Angeles, culminating in a 2014 Off-Broadway run at New World Stages. With Fickman still at the helm, the show underwent more workshops at The Other Palace Theatre, where it made its London premiere in 2018. The production has amassed a massive following, broken box office records, transferred to the West End, and embarked on a U.K. tour in the four years since it landed across the pond. Now, Heathers has made its triumphant return to The Other Palace for a homecoming run, currently scheduled to continue through February 2023, and been immortalized in this live capture.

“When we first got to London, we were told British audiences can be very reserved,” Fickman told us. “We have not met those reserved audiences yet, and we hope never to meet them.”

Back in 2018, the original team couldn’t have anticipated the show’s longevity. “What we didn’t think would happen was that anyone in London would understand Heathers. Why would you care about late ‘80s America, Ohio, MTV? You don’t know any of this!” Fickman said. “And the fans went nuts for it. They were big fans of the [Off-Broadway cast] album. They have embraced the show.”

According to Fickman, the draw comes from the show’s depiction of real world issues, like bullying and suicide, and the way its audiences can identify with the outcasts in the high school hierarchy.

The outsized spirit overflowing from the audience spurred Fickman and his producing partners at Village Roadshow Pictures to film the show for a streaming release. The high-octane buzz from the audience throughout the movie was not just a show for the cameras, Fickman said, but the norm at most performances. Take, for instance, the iconic red, yellow, green, and blue getups sprinkled throughout the audience as an unwavering iconography in the show’s grand fan culture.

So when Fickman and his team looked to frame the stage musical for Roku’s cameras, they had more to consider than just what was happening onstage. “I didn’t want it to feel like we were somehow denying what we call ‘the fifth Beatle,’ which is that audience. They come dressed and they know the show,” the director said.

To illustrate the show’s immense impact, Fickman recounts meeting a Corn Nut at the show, adorned in Heather Chandler chic (“He looked fierce”), who had been emboldened by the show to come out of the closet to his family just before leaving the house for that night’s performance.

Over the multiple days of filming, Fickman had two simultaneous jobs. One was to film the onstage performance to best translate the plot and emotions for the appreciation of an at-home audience. “I want to give the [viewer] the best seat in the house,” he said. “I wanted to get the camera up on stage. And I wanted to make sure those moments that matter—you saw them as clear as could be.”

He knew that to simply film the actors on stage would leave a dramatic blindspot, though. His second task was to ensure that that ever-present element, the fandom that has given the show its firepower both commercially and creatively, was in there.

From the opening shots of people in costume filing into the theatre to the many wide shots of the public leaping to their feet, Fickman hopes that those watching at home feel immersed in the electricity of The Other Palace room. “There are moments at the end of some of our numbers where the audience reaction is so heartfelt,” Fickman said. “That’s almost nightly for us to see that reaction.”

To successfully blend the theatre and film languages for this proshot, Fickman reached back into his personal arsenal of live captures past for inspiration. He describes drawing from his early years in Texas, watching telecasts of the Tony Awards and the Macy’s Day Parade that he recorded. He also pays homage to his contemporaries’ recent captures of stage musicals, like Hamilton, Come From Away, and Newsies, and pulled from his own work directing 2003’s Reefer Madness: The Movie Musical.

But one musical’s legacy had a commanding influence on the Heathers proshot. “There would be no Heathers without my love for Rocky Horror Picture Show,” Fickman says of his directorial decision-making. “Rocky Horror Picture Show was on stage but it’s in the audience. It’s part of the world.” Inspired by how the viewer could feel so involved in the wacky happenings of the plot, Fickman wanted that for his own eventual audience too.

Now that U.S. audiences have a streaming version of Heathers to watch, does that mean a revival will grace our stages Stateside or elsewhere? Fickman leaves it artfully ambiguous: “Some day, I would like [Heathers] to travel to all regions of the world.”