COME FROM AWAY Will Hit Apple TV+ On September 10 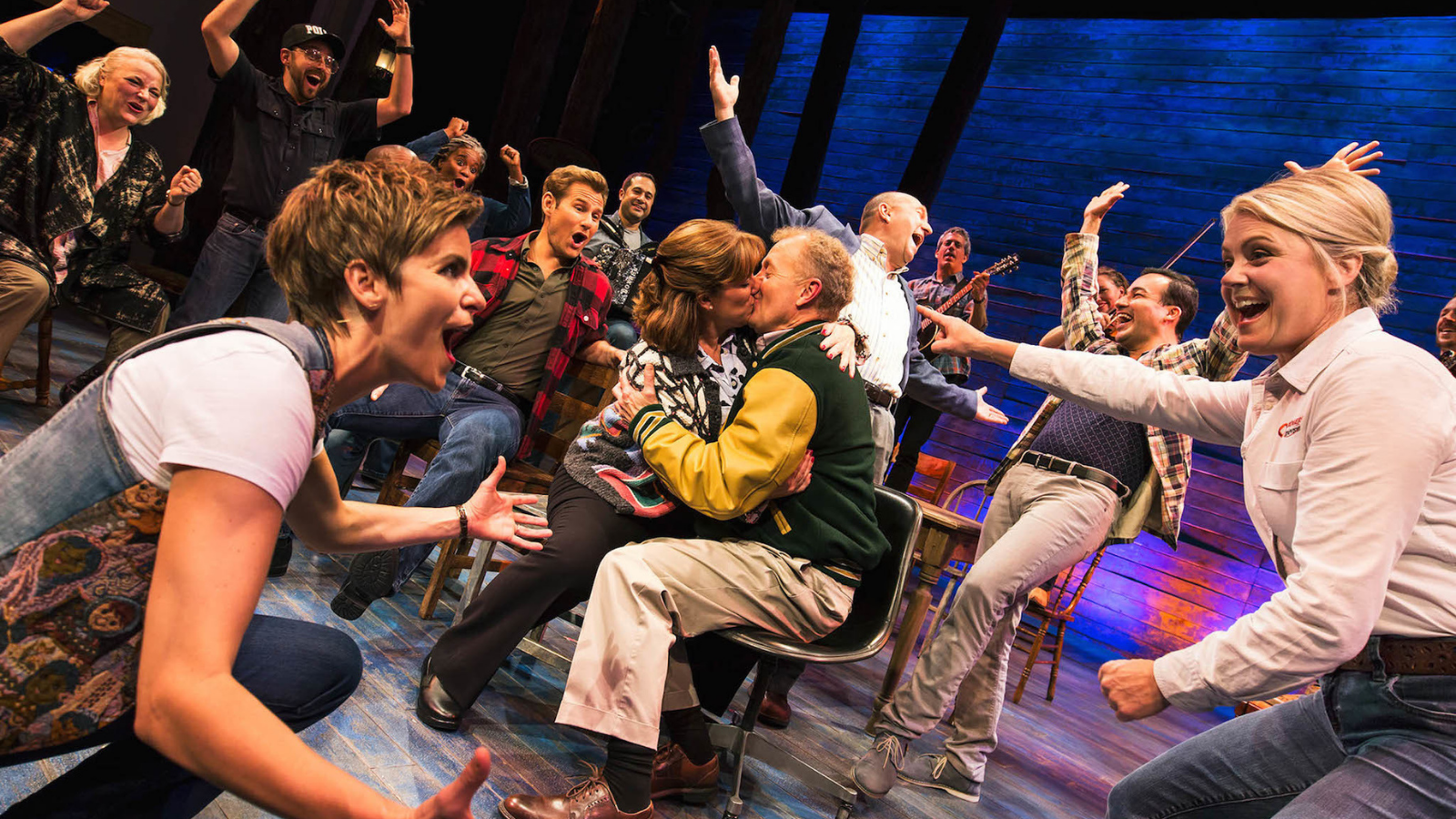 The cast of Come From Away on Broadway | Photo: Matthew Murphy
By
Kobi Kassal
No items found.
on
Category:
News

Welcome, back, to the rock! Come From Away will premiere globally on Apple TV+ on Friday, September 10. Directed by Tony Award-winner Christopher Ashley, the filmed production stars an ensemble cast led by members of the Broadway show.

The live performance of Come From Away was filmed at the Gerald Schoenfeld Theatre this past May in New York City, where the Broadway production is staged, for an audience that included 9/11 survivors and front-line workers; and, employed over 200 people including members of the Broadway crew, staff and creative teams.

Come From Away tells the story of 7,000 people stranded in the small town of Gander, Newfoundland after all flights into the US are grounded on September 11, 2001. As the people of Newfoundland graciously welcome the “come from aways” into their community in the aftermath, the passengers and locals alike process what’s happened while finding love, laughter, and new hope in the unlikely and lasting bonds that they forge.