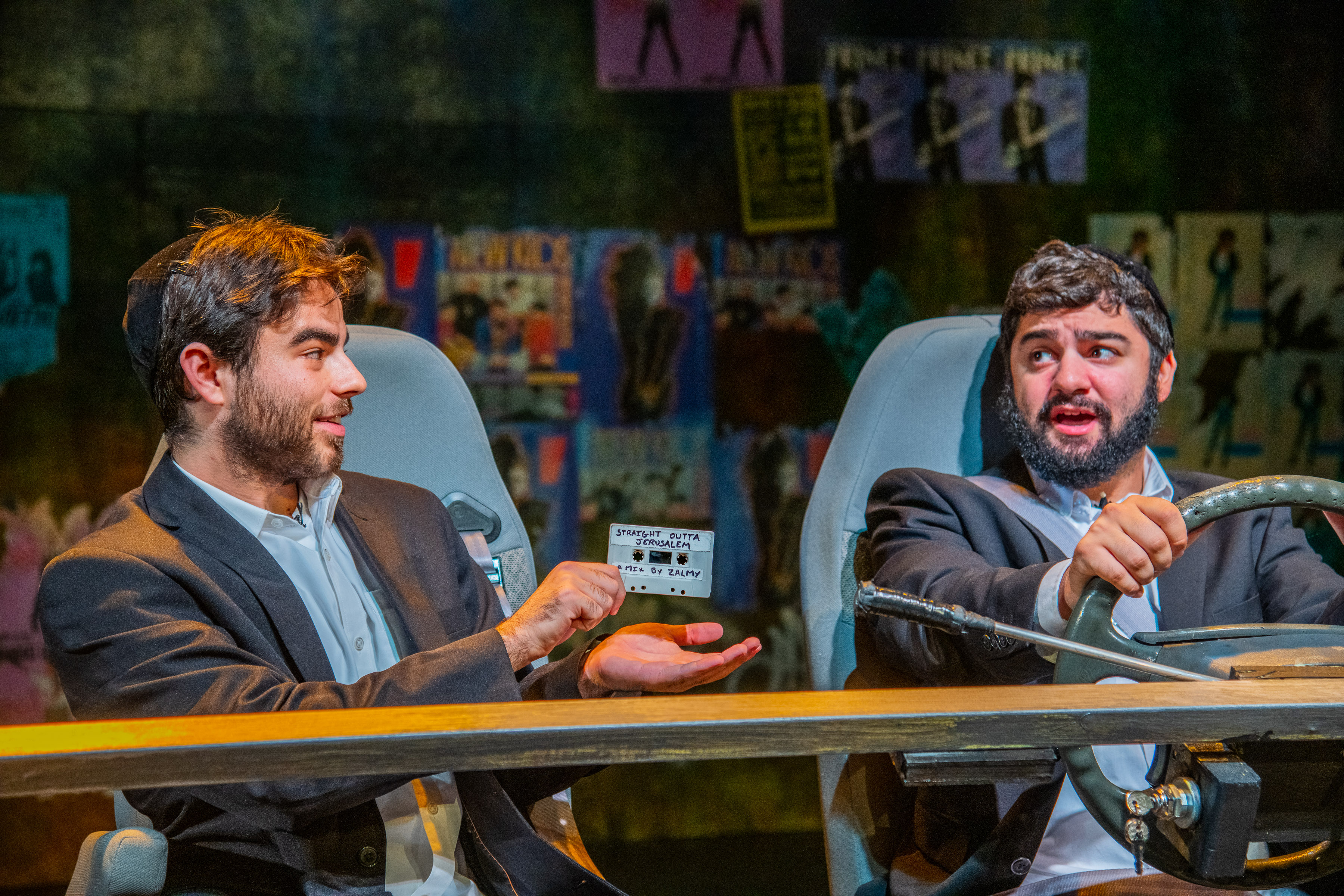 Theatre Talk Boston (henceforth TTB) chatted with Ben Swimmer who plays Zalmy in Trayf at New Rep. Read below about Ben discovering this play, his new music on the horizon, and connecting his Jewish heritage to the piece.

TTB: So to start off tell us what Trayf is about and who you play.‍

Ben: Sure! So I guess we'll start with what trayf means. It's a Yiddish word which means essentially something that's not kosher - kosher meaning something that is allowed to be eaten.  So pork would be trayf. I play Zalmy and the play revolves around two very close friends who are both 19 living in Crown Heights, Brooklyn in 1991. We are exploring music and anything that friends at that age might be talking about and arguing and stuff like that. Yet we are Hasidic Jews so we have very strict rules and guidelines to the way can date and the way we can eat all the way down to the type of music we can listen to. Yes. In the play we meet this third character Jonathan who sort of introduces Zalmy (my character) to pop music - essentially you know music that is secular as we say - music that is not kosher, music that is trayf.

TTB: Were you familiar with the play before you started working on it?

Ben: I was not familiar with it, I was actually asked to audition earlier this summer. I'm from New York now - living in Queens actually. I did some research and sent a tape in and yeah, you know I'm I'm really grateful to be working on the show because I'm Jewish myself, both my parents are Jewish. As an actor it’s exciting to be able to portray something that feels in a way very close to my heart.

TTB: What do you want Boston audiences to take away when they come see the show?

Ben: You know with any story I would love people to have a great time of course. It's a comedy I think before anything. So I want people to laugh and have fun but at the same time there's a lot to be learned about the show. I think there's a lot of preconceived notions about Hasidism as there is with any sort of insular group like that. I hope people seeing the show will see it's a really loving community; there's so much to be learned about the community itself. I also hope everyone sees sort of the gray area - you know not everything is black and white.

TTB: What is it like coming back to Boston to perform after graduating from BU this past May?

Ben: It's been really nice. New York is a different city. You know it's a different beast so it was I was living there for four months and then coming back to perform here - it sort of feels like I’m coming home in a sense because I lived here for four years. It’s really cool to sort of come back and say what's up to people who I met in undergrad and now being on the professional stage. It's nerve wracking but extremely rewarding.

TTB: I also heard you have an EP coming out soon - tell us about that!

Ben: I love to experiment in my room - I have a bass, a guitar, and a piano. I just sort of mix things together and of course I have only shown my close friends. But I hope to release at least a few songs in the coming year on Soundcloud or Spotify!

‘Trayf’ plays at New Rep at the Mosesian Center for the Arts until Nov. 3. Tickets at: www.newrep.org