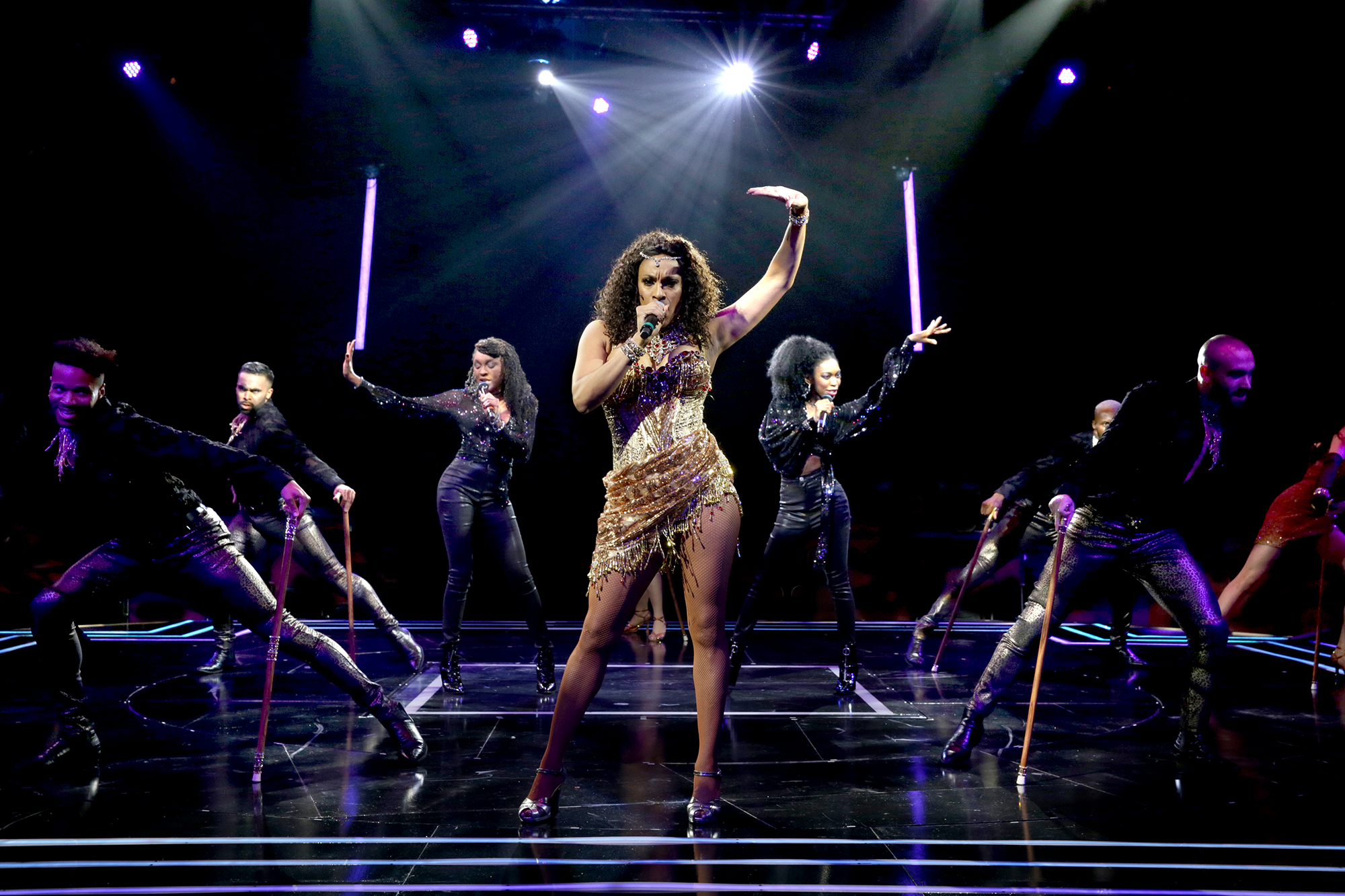 Cheaza Figueroa (Rachel Marron) and the cast of THE BODYGUARD. Photo by Paul Lyden
By
Kobi Kassal
No items found.
on
Category:
Features

Theatre Talk Boston (henceforth TTB) caught up with Cheaza Figueroa who currently stars as Rachel Marron in The Bodyguard at North Shore Music Theatre. Read below about her love of Whitney Houston, her thoughts on performing in the round, and which musical artist she would love to see have their own jukebox musical.

TTB: Of course based off the iconic movie, can you walk us through what the show is all about?

Cheaza: The Bodyguard at its core is about an unfolding love between my character Rachel Marron, a pop star, and Frank Farmer. You watch this love unfold which is awesome because it's an interracial love which I believe has a lot of relevance to today. The story unfolds in such a colorful way because Ms. Marron is definitely a personality. She's this huge pop star - she's Whitney Houston!

TTB: Were you familiar with the movie when it came out?

Cheaza: (Chuckles) I was in high school when that movie came out. I was actually graduating high school when it came out - it was one of my favorite films back then. I watched it several times - I could recite every line in that movie. And this is my dream role so getting the chance to perform it is just so exciting.

TTB: I was going to ask when you heard that they were adapting the film into a stage musical, what was your reaction?

Cheaza: My reaction was to get busy in writing that on my dream board - and that's exactly what I did in January. To play Rachel Marron and Whitney Houston in The Bodyguard was actually number three on my dream board on my wall. When I got the role I took a picture of it and I am so excited I get to check that off. I travel a Whitney Houston show around the world, so this was just an added plus - I knew all of the music already which was awesome and less for me to learn for the show. It was truly like hand in glove.

TTB: Tell me, what does Whitney Houston mean to you?

Cheaza: I mean, I have sung her songs since I was  5 years old. To me, she is strength and diligence and joy. For one, she's an icon so you know that's something that I took from her - her stage presence. She can bring a smile to anyone listening to her music.

TTB: Right, of course! There's been a lot of talk lately about jukebox musicals and I was wondering if you could pick any artist to make a musical using their music, who would you want to see?

Cheaza: Ooooh....Lady Gaga. I think that would be amazing right. I would absolutely love to see that!

TTB: North Shore Music Theatre it's so unique in that you perform in the round. How was the rehearsal process for you?

TTB: What should audiences expect when they come see the show?‍

Cheaza: Well for one they should come to this show because it is absolutely hands down ah-maz-ing. The cast is so talented, many of them have been on Broadway - so you're looking at talent. Everything is just so great - orchestrations, and the lighting - and overall the store is just so beautiful. Nick Kenkel, our director, really did a great job at seeing his vision on stage. It's a spectacle so come on out and join us!

‘The Bodyguard’ plays at North Shore Music Theatre until November 10. Tickets at nsmt.org