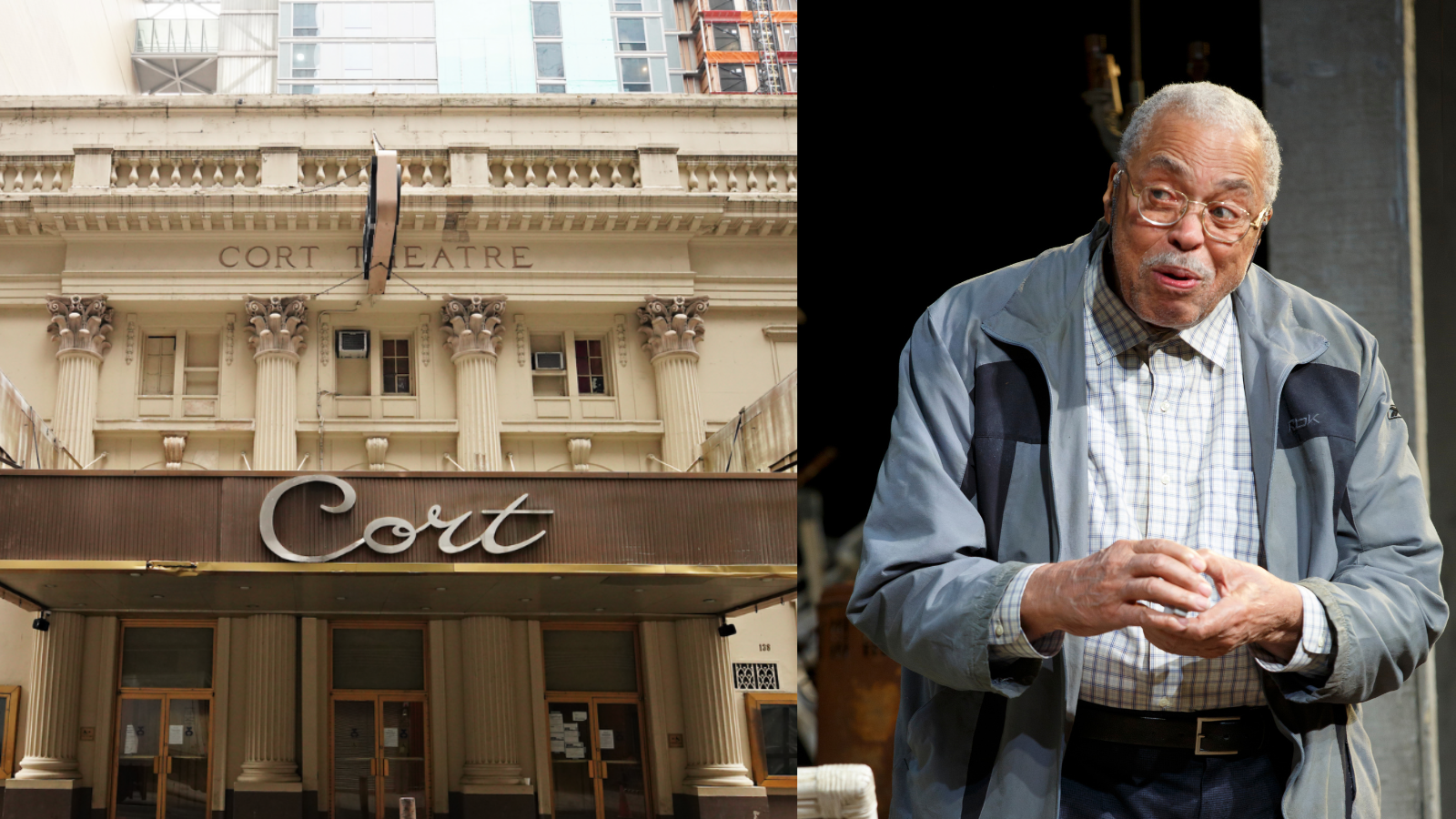 It’s time to celebrate a legend. The James Earl Jones Theatre, formerly known as the Cort Theatre, will be unveiled September 12 on 48th Street in New York City. The celebration follows a $47 million restoration, expansion, and beautification of the 110-year-old Broadway house.

An invite-only ceremony will feature special performances, tours of the renovated theatre, and an unveiling of the new marquee.

All construction happened during the COVID-19 shutdown, starting in March 2021, with The Shubert Organization tapping Francesca Russo Architect to assist with the project. Ideally, the renovations will allow for the presentation of more modern and technically demanding productions with larger casts.

Two major components were completed: a refurbishment of the historic interior and exterior of the theatre and the creation of a contemporary annex. The latter, designed by Kostow Greenwood Architects, is fully accessible and features lounges and new restrooms for audiences, as well as rehearsal spaces and offices for theatre staff. The dressing room tower has also been relocated to the annex, allowing for the expansion of the stage-left wing and an upgrade of the rigging system.

“The dedication of the James Earl Jones Theatre honors one of the most beloved Broadway and film actors of all time,” said Shubert Chairman and CEO, Robert E. Wankel. “It’s fitting that the renaming of this beautifully restored building also be a moment in which to recognize the tremendous contribution of BIPOC people to Broadway. Mr. Jones’s name quickly rose to the top of the Shubert Organization’s list due to his illustrious career performing in Shubert houses, his status in the Black community, and his worldwide reputation as one of the most celebrated performers to ever grace the Broadway stage.”

The James Earl Jones Theatre opened in 1912, designed in the style of an Eighteenth-Century French palace by renowned theatre architect Thomas Lamb to house productions of theatre impresario John Cort. The building was sold to the Shubert brothers in 1927.

In the summer of 2020, in solidarity with the Black Lives Matter movement, The Shubert Organization embarked on a mission to rename the Cort Theatre after a prominent BIPOC theatre legend upon completion of construction.

Jones’s career began on Broadway in 1957 as an understudy in The Egghead. The following year, he starred in Sunrise at Campobello at the Cort. The performer appeared in dozens of stage and screen productions throughout the following decades, most recently appearing in the 2015 Broadway revival of The Gin Game at the John Golden Theatre.

He won Tony Awards for Best Actor in a Play for The Great White Hope and Fences, as well as a Lifetime Achievement Award in 2017, in addition to seven Drama Desk Awards, the National Medal of Arts, and the Kennedy Center Honor. He completed an EGOT in 2011 with an Honorary Academy Award.