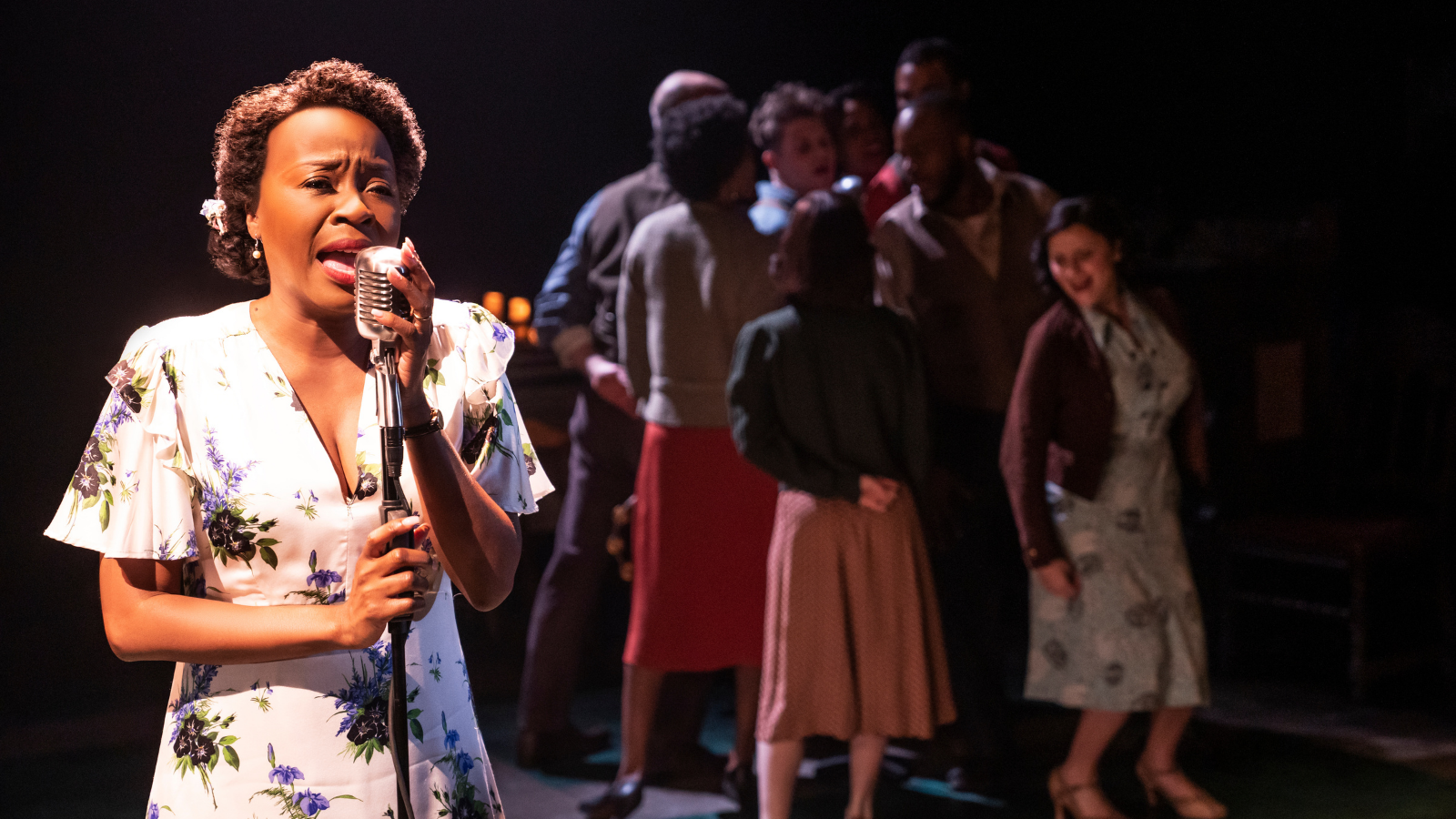 Jeannette Bayardelle and the company of Girl From the North Country | Photo: Matthew Murphy

Since before the pandemic, Jeannette Bayardelle has lived with her character Mrs. Nielsen in Girl From the North Country. All that time and hard work paid off when, on May 9, the star heard her name called during the 2022 Tony Award nominations announcement for Best Performance by an Actress in a Featured Role in a Musical.

To celebrate her nomination, Theatrely sat down to chat about her experience with the show, backstage mishaps, and more. Check out our Q&A with Jeannette below.

‍What’s one moment in the show that in most performances makes you go “wow, I’m good!”?
‍When I sing “Pressing On” at the end of the show I’m always in awe. It moves me and brings me healing every night. As the notes come out effortlessly, I’m reminded of the gift God trusted me with. The assignment is clear and responsibility is great.‍

Who is someone you’d like to thank for your nomination (and why)?
‍I would like to thank my director Conor McPherson. He positioned me for this moment. Conor allowed me to bring all of me to the table. He embraced my ideas. He respected my opinions and choices. I realized early on that there was something special about Conor and this show. I am grateful that God has connected us.‍

Which song in Girl From the North Country is your favorite to perform?
‍It is a pleasure singing all of Bob Dylan’s music. However, I love hearing Chelsea Lee Williams sing “What Can I Do For You.” Her voice along with those lyrics are heavenly. The song is about gratitude and service to God. It blesses me every night.‍

Has your understanding of the show changed over time since you began this journey?
‍Absolutely! Pre-pandemic, the show was about these characters trying to make good in a bad situation. Once the pandemic hit, my understanding of survival was deeper. The story hit harder. We were experiencing uncertainty that we displayed every night on stage. But through it all, we found a way to press on as they did.‍

What was it like filming the show for a streaming debut?
‍The filming was super natural. Everything flowed seamlessly. It was beautifully shot and we had no Covid interruptions. That alone was a huge blessing. Our full company was able to take part in this beautiful piece of history.‍

What’s one funny backstage anecdote you can share?
‍I am normally very focused during the show. However, one day in between scenes I was in my dressing room and I picked up my phone and got on social media. I don’t remember what I was reading but I do remember hearing Marc Kudisch over the loudspeaker saying “….and this is Mrs. Neilsen.” That’s when I realized I was supposed to be on stage. Thankfully my dressing room is right next to the stage. I ran out there so quick—the look on my cast mates face was priceless. We laugh about that moment to this day.‍

What sort of project would you like to do next (show title, role, etc.)?
‍I would love to do more film and television. I also look forward to doing my show SHIDA in the near future.

‍Let’s do a Speed Round! What’s your go-to Original Broadway Cast Album?
‍Hamilton.‍

Who is your favorite Broadway diva?
‍LaChanze.‍

Who do you hope to run into at the Tonys?
‍Hugh Jackman!

‍Girl From the North Country is currently scheduled to play through June 19 at the Belasco Theatre.