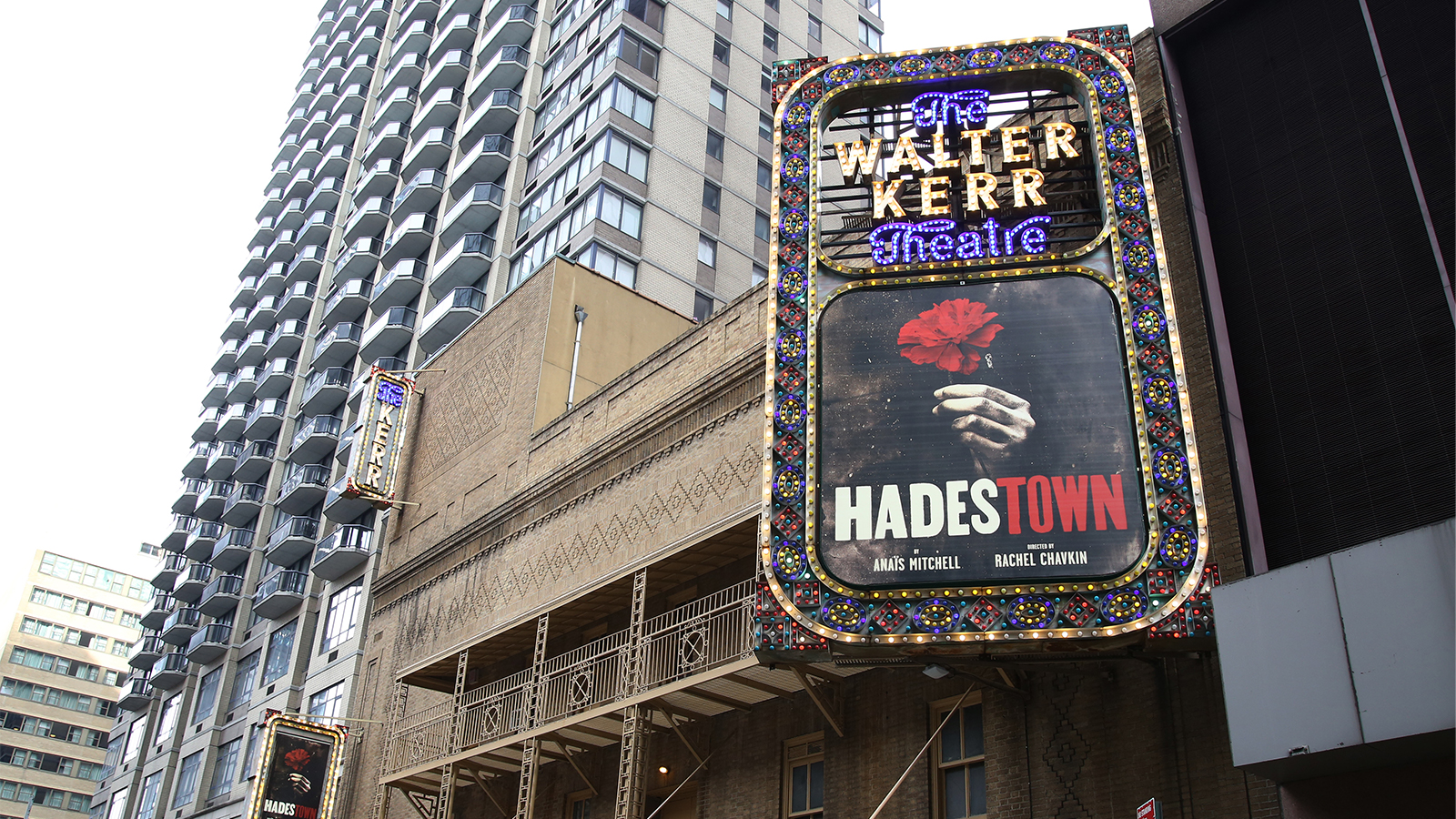 Jujamcyn Theaters celebrates the 100th Anniversary of the historic Walter Kerr Theatre, with a just-released interactive timeline. The timeline, a definitive history of the building, features a century’s worth of history: from the earliest shows, musicals, and revues, through its history as a television and radio studio, brief spans as an adult film theater and later a children’s theater, and finally as one of the most beloved houses on Broadway.

The interactive timeline can be viewed at www.jujamcyn.com/walterkerrtimeline

Audiences are invited to join the centennial celebration by sending Kerr memories either as short videos (under 3 minutes), photos, and/or short written statements to walterkerrtimeline@jujamcyn.com

Jordan Roth, president of Jujamcyn Theaters, said, “It is no coincidence that this 100th  anniversary of the Walter Kerr is also the beginning of spring. The theater’s current show Hadestown affirms that however deep in our personal, communal, societal darkness we may feel, spring will indeed come again. As much as we have all lost in this past year, we can place ourselves in this long legacy and see that we are at a turning point, that we are the turning point. To mark this milestone, we offer some moments of reminiscence, solace, celebration by revisiting the first hundred years of the Kerr – and by extension Broadway as a whole – and recommitting to the next hundred years. We join everyone who has found their own personal spring in these hundred years of the Walter Kerr in looking forward to the spring that is to come.”

Designed by Herbert J. Krapp, and built in 1921, as the Ritz Theatre and renamed the Walter Kerr Theatre in 1990 after the Pulitzer Prize-winning New York theater critic, the Kerr has been home to over 150 Broadway productions including four plays by August Wilson, his Pulitzer Prize winning The Piano Lesson, as well as Two Trains Running,  Seven Guitars, and Gem of the Ocean. Seven winners of the Tony Award for Best Play have played the Kerr, Angels in America: Millennium Approaches; Angels in America: Perestroika; Love! Valour! Compassion!; Proof; Take Me Out; Doubt; and Clybourne Park, and two Tony Award-winning Best Musicals A Gentleman’s Guide to Love and Murder and its current show, Hadestown.

In October 2017, Bruce Springsteen made his Broadway debut at the Walter Kerr in a solo show that was extended three-times and to this day holds the box office record for the theater.