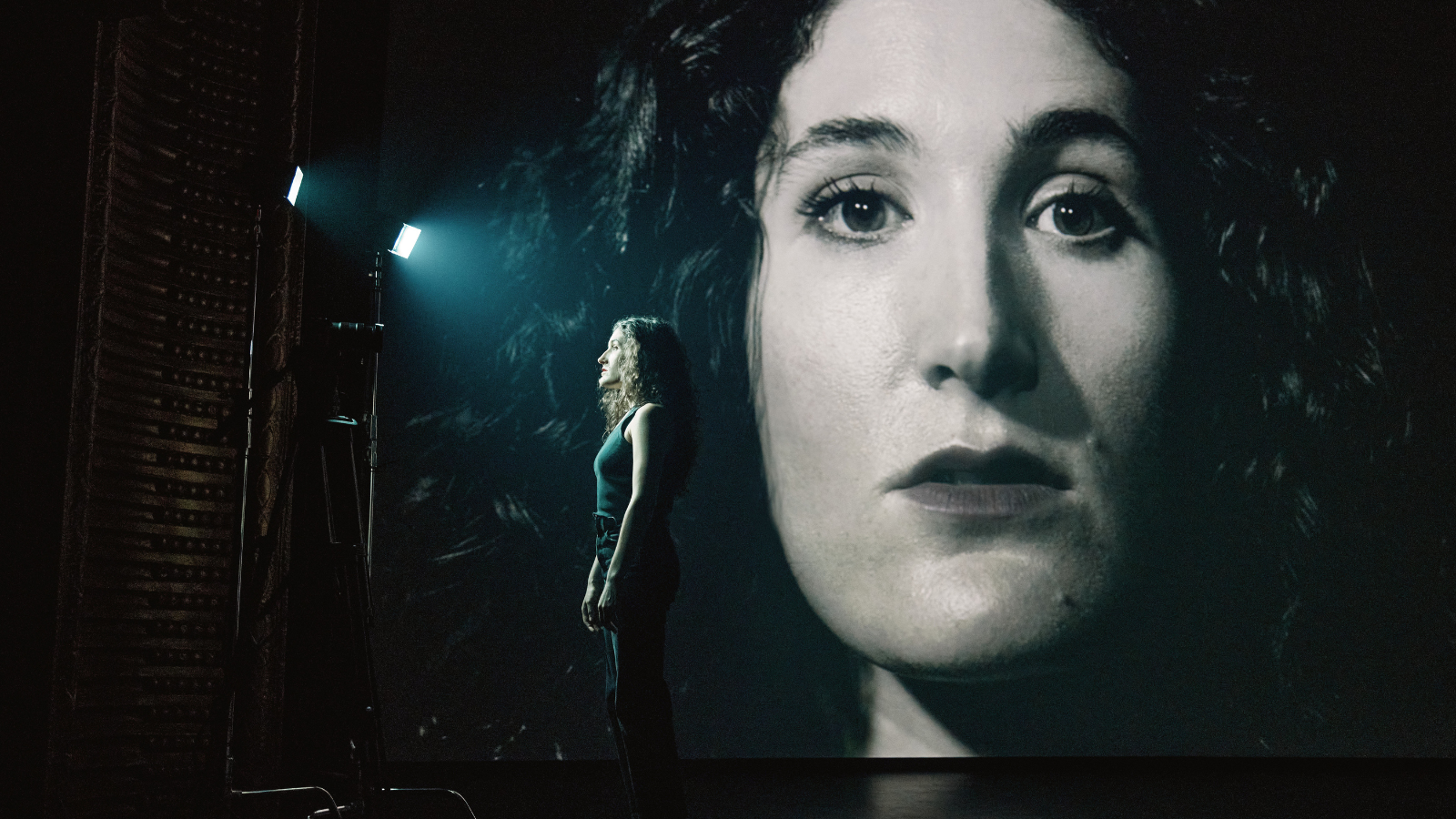 Kate Berlant is going to hell for making a show this good, exhaustive, exhausting, and exhilarating. Her self-titled one-woman show, sharply directed by Bo Burnham, is like a Marina Abramović circle jerk staged in a proscenium—in the best way. A mostly false, somewhat emotionally true recounting of her journey to stardom, it is the funniest thing onstage in New York this year.
But Kate Berlant is also a terrorist, destroying the fabric of acting and the preciousness of theatre.

After walking past the gallery-like reception—where guests are invited to walk through a sandbox allegedly filled with the stuff from Berlant’s native Santa Monica and tour her father’s boyhood living room—you’re treated to a faux-self-important pre-show that’s half Beyoncé tour interlude, half Blue Man Group. You’ll be prompted to introduce yourself to the stranger next to you. Before you can decide whether to engage, photos of Meisner, Hagen, Strasberg, Adler, Stanislavski, and Berlant’s agents at UTA and Rise are projected on the massive screen onstage.

What Berlant does next is carefully dismantle all that those people have worked so hard and so earnestly to do for the past century. But to speak of how she meta-textually comments on her own career and wax poetic about the academic significance of breaking the fourth wall is to miss the point. Berlant has already gotten there. She gestures you deeper and deeper into her trap, Looney Tunes style, and, when you get there, you find a sign that says “gotcha,” before the anvil falls on you.

‍Kate takes us through improbable scenarios that reach for emotional truth over actual fact, and Berlant sits down to peel back each layer of this dichotomy until only the rawest nerves are left. Even then, she jokes. “Sondheim died and we have, what, Mrs. Doubtfire?"

‍The show is exhausting, in the way a drunk evening with your funniest friends can wipe you out. You leave the Connelly tired from laughing, and from the thrill of having witnessed a show that is wholly unpredictable, even in—say it with me—unprecedented times. There’s not much point describing what transpires, except to say that you should never underestimate the strength of a woman who knows the power of good high-waisted jeans.

‍Kate is in performance through October 8, 2022 at the Connelly Theatre on East 4th Street in New York City. For tickets and more information, visit here.