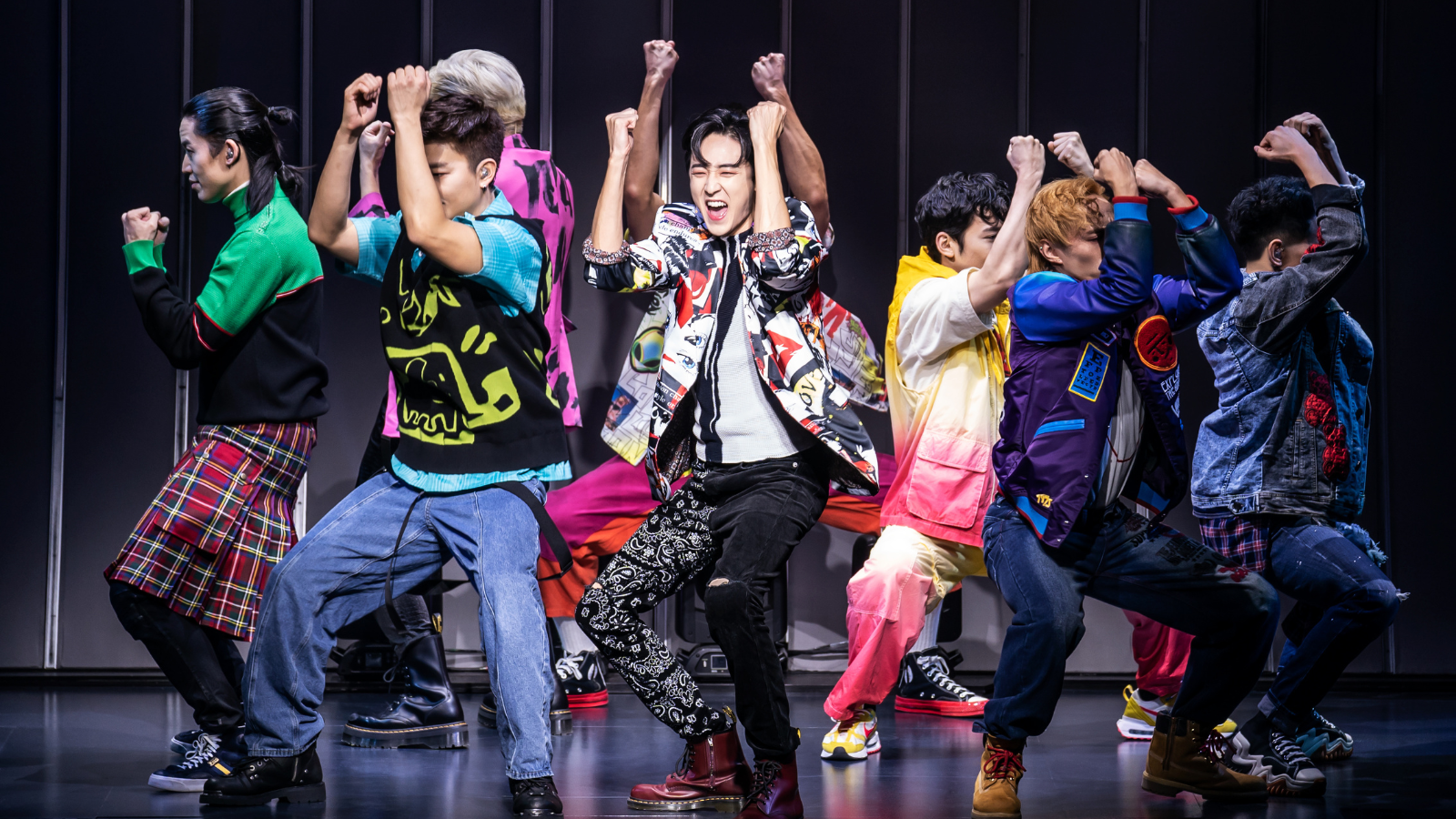 Pour yourself a gin & tonic, then get ready to be a Supergoddess because the bops are coming to a streamer near you!  After clammoring for weeks by fans, KPOP – Original Broadway Cast Recording will drop February 24, 2023.

‍KPOP follows three music acts under the same label: solo artist MwE, the girl group RTMIS, and the boy band F8. Together, they prepare for a live concert showcase with superstardom hanging in the balance.

“I am such a fan of this music and this musical!,” says record producer Harvey Mason jr. “Having worked in the K-pop music space for over a decade, finally experiencing the music live on a Broadway stage has been so exciting. With the popularity and impact of this music, it’s the perfect time for the KPOP show and the cast album.” The album is co-produced by Sony Masterworks Broadway and KPOP producers Tim Forbes and Joey Parnes.

‍KPOP features music, lyrics, music production, and arrangements by Helen Park, and music and lyrics by Max Vernon. It’s the first-ever Broadway musical to celebrate Korean culture with Korean, Korean-American, and API representation on and off-stage.

Directed by Teddy Bergman, the musical has a book by Jason Kim and choreography by Jennifer Weber.

The single “This is My Korea” was released last month and is available to listen on all streaming platforms. KPOP–Original Broadway Cast Recording is available for preorder now here.