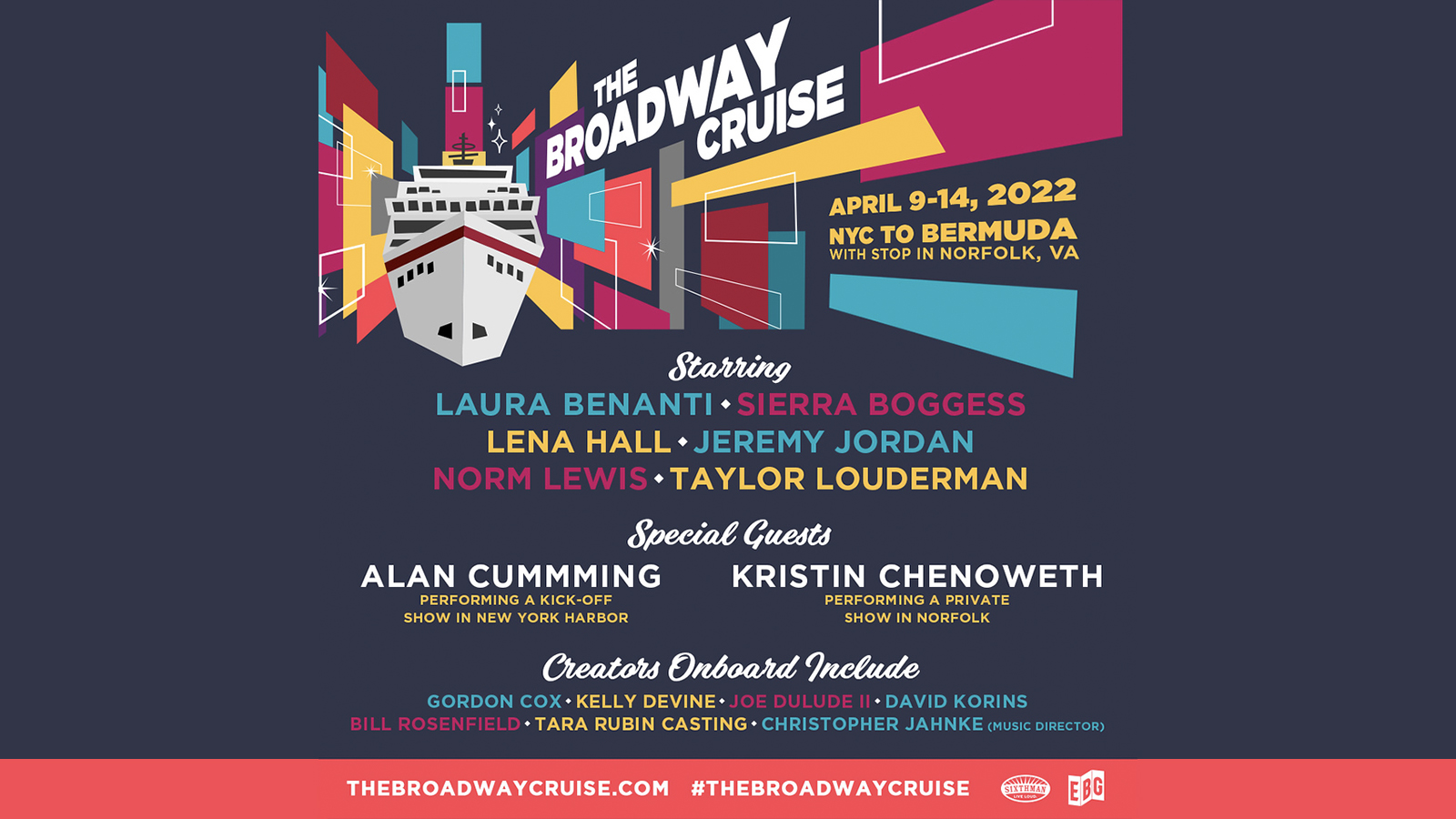 The Broadway Cruise is pleased to welcome Kristin Chenoweth to the all-star line-up, performing a concert and doing a Q&A talk back during a stop in Norfolk. Join your favorite Broadway stars and creative luminaries for the inaugural sailing of The Broadway Cruise, a roundtrip cruise from NYC to Bermuda, April 9-14, 2022.

Get ready for five nights of one-of-a-kind performances and fun from Tony Award Winning headliners, intimate and grand scale shows and cabarets from Broadway’s coolest talent. You will gain tips and techniques from some of the best and brightest creative talent working today. You’ll also attend celebrity meet & greets, sing along with fellow fans at Broadway karaoke, and gain insight into the craft of theater with curated interactive panel discussions.

This fully immersive Broadway adventure combines the glitz, glamour, and fanfare of the timeless Broadway tradition. Whether you come with friends or family, you can’t miss this chance to ride the Great White Wave!

Join 2,000 Broadway fans aboard a full ship Broadway takeover of the Norwegian Gem.

Tony nominated scenic designer David Korins (Hamilton, Dear Evan Hansen, Beetlejuice, Mrs. Doubtfire) will discuss his creative process when designing settings for the stage, how to keep a show visually fresh when it has become a long running hit, and the process to take a beloved idea from the screen to the stage and on tour. Tara Rubin Casting (Six, Ain’t Too Proud, Dear Evan Hansen) will join the on boardcommunity and provide insight into the ever-mysterious casting process. Makeup Designer Joe Dulude II (Wicked, Beetlejuice, SpongeBob SquarePants) will do demonstrations and interactive sessions with guests. Tony nominated and Olivier Award winning choreographer Kelly Devine (Come FromAway, Diana, Rock of Ages) will teach the art of the dance. Chris Jahnke (Dear Evan Hansen, Les Miserables) will serve as music director and supervisor on board and oversee an ensemble of Broadway performers. Noted playwright and record producer Billy Rosenfield will host interactive game shows with guests each night. Variety’s long time theatre editor Gordon Coxwill moderate panels and conduct interviews.