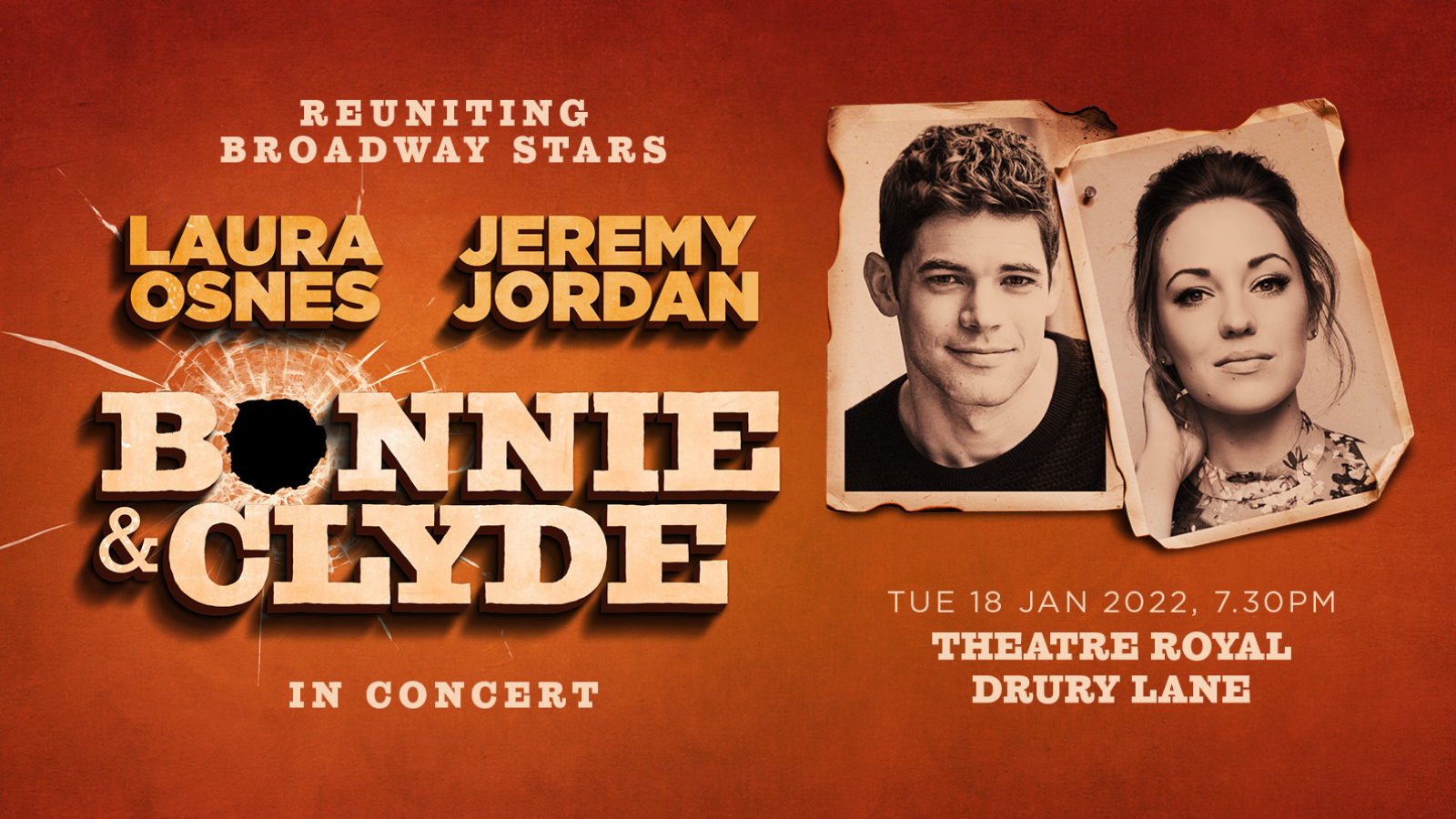 The concert will take place January 18, 2022 in London
By
Zack Reiser
No items found.
on
Category:
News

Broadway stars Laura Osnes and Jeremy Jordan will reunite for a one-off performance of the cult hit musical BONNIE AND CLYDE IN CONCERT produced by Fourth Wall Live at the newly refurbished Theatre Royal Drury Lane on Tuesday January 18, 2022 at 7:30pm. Ticket presale opens on Wednesday July 28 at 10:00 AM, with general on sale Friday July 30 at 10:00am

A decade on from their Broadway run as the titular pair, Laura Osnes and Jeremy Jordan reprise their roles for the first time for a one-off concert performance of BONNIE AND CLYDE in the West End’s Theatre Royal Drury Lane. This marks the first time Laura and Jeremy have performed together in the capital, and Laura’s London debut.

BONNIE AND CLYDE IN CONCERT has a book by Ivan Menchell, music by Frank Wildhorn (Jekyll and Hyde, The Scarlett Pimpernel), lyrics by Don Black (Tell Me On a Sunday, Sunset Boulevard, Mrs Henderson Presents) and is directed by Nick Winston (Rock of Ages, Fame)  with musical direction by Katy Richardson (SIX, Rent, Jersey Boys). BONNIE AND CLYDE IN CONCERT is produced by Fourth Wall Live and co-produced by DLAP Group, Jason Haigh-Ellery and David Treatman Creative.

At the height of the Great Depression, Bonnie Parker and Clyde Barrow went from two small-town nobodies in West Texas to America's most renowned folk heroes and the Texas law enforcement's worst nightmares. Fearless, shameless, and alluring, Bonnie & Clyde is the electrifying story of love, adventure and crime that captured the attention of an entire country. The show features the songs “Raise A Little Hell”, “This World Will Remember Me” and “Made In America”.

When Bonnie and Clyde meet, their mutual cravings for excitement and fame immediately set them on a mission to chase their dreams. Their bold and reckless behaviour turns the young lovers' thrilling adventure into a downward spiral, putting themselves and their loved ones in trouble with the law. Forced to stay on the run, the lovers resort to robbery and murder to survive. As the infamous duo's fame grows bigger, their inevitable end draws nearer.