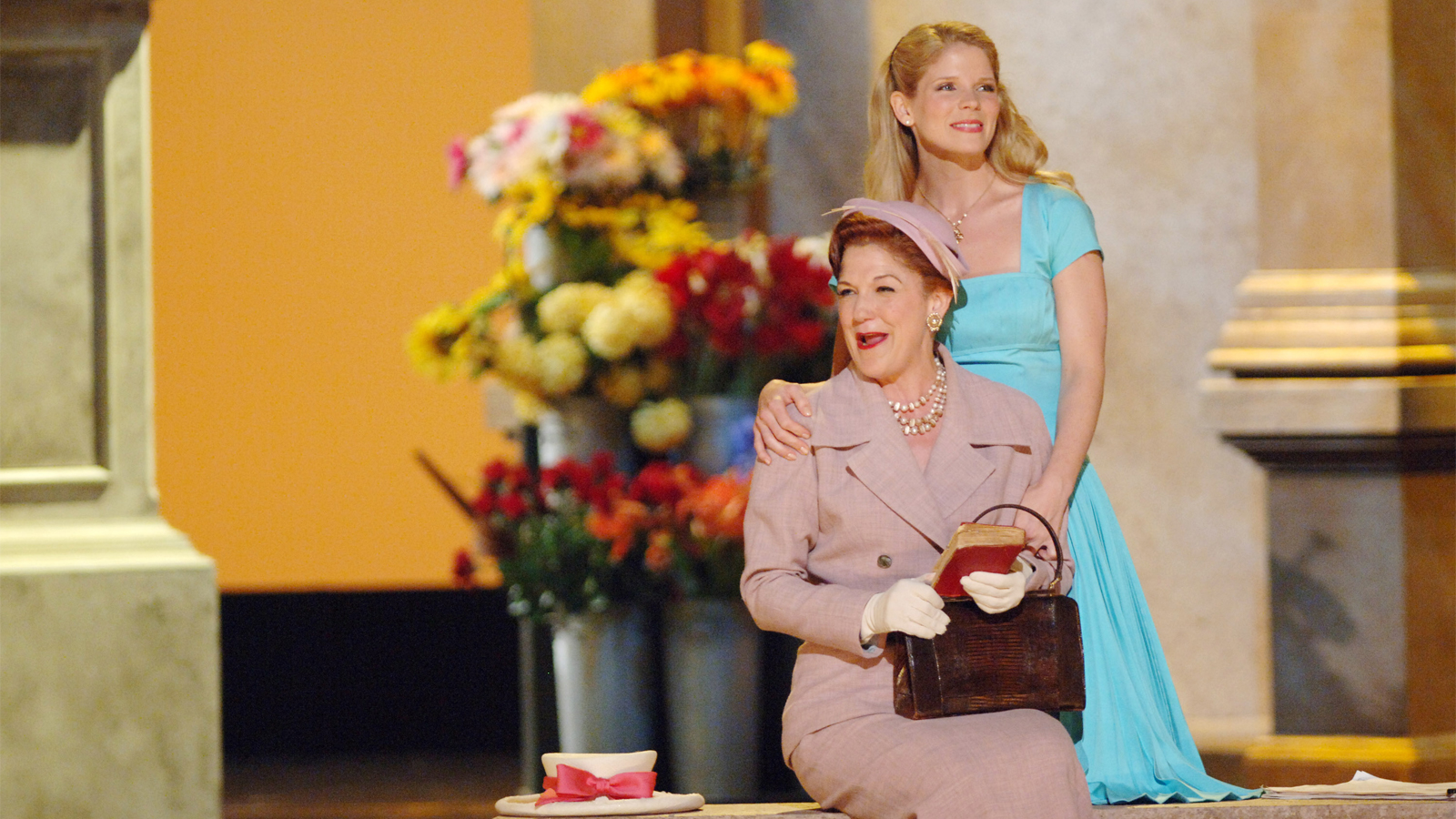 59th Annual Tony Awards - Victoria Clark and Kelli O'Hara perform a scene from "The Light in the Piazza" (Photo by Stephen Lovekin/WireImage)
By
Zack Reiser
on
January 14, 2021
Category:
News

The Light in the Piazza, with music and lyrics by Adam Guettel, and a book by Craig Lucas, based on the novella by Elizabeth Spencer, opened at the Vivian Beaumont Theater in April 2005.  The musical, which enjoyed a long run at the Beaumont, won 7 Tony Awards including Best Original Score (Adam Guettel) and Best Actress in a Musical (Victoria Clark).  Matthew Morrison and Kelli O’Hara also received Tony Award nominations for their performances.

The Light in the Piazza is set in the summer of 1953 and tells the story of a mother and daughter traveling through Italy, the daughter’s romance with a handsome, high-spirited Florentine, and the mother’s determined efforts to keep the two apart.

Visit LCT.org to register for the zoom webinar for “Looking Back at The Light in the Piazza" and for more information on all of the upcoming LCT Spotlight Series programming.