LIFE OF PI Is Coming to Broadway 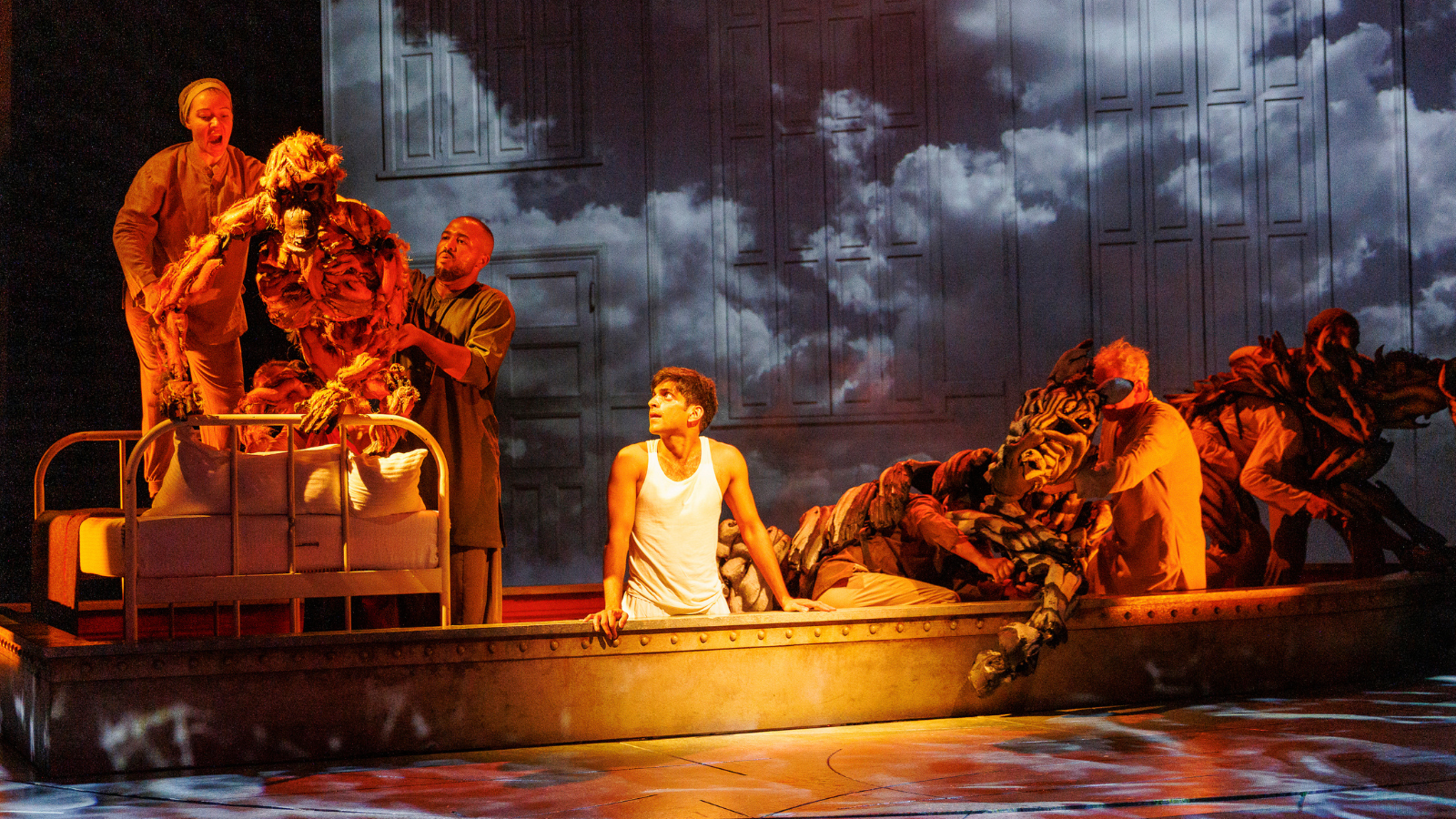 Let the journey begin. The stage adaptation of Yann Martel’s beloved novel Life of Pi will premiere on Broadway at the Gerald Schoenfeld Theatre, with previews set to begin March 9, 2023. An opening night is set for March 30.

The story follows a sixteen-year-old boy named Pi, who is stranded on a lifeboat after a cargo ship sinks in the middle of the Pacific Ocean. Left with only four other survivors—a hyena, a zebra, an orangutan, and a tiger—Pi must find a way to live through a harrowing journey.

“It has been such a privilege to adapt Yann Martel’s modern classic Life of Pi for the stage. It was daunting, creatively, exciting, and always collaborative,” said playwright Lolita Chakrabarti.  “To be able to tell this story the way I imagined it, to create the world using my references and viewpoint has been an extraordinary gift. And to see it resonate with young and old audience members alike has been humbling. It is a beautiful, visceral, magical show, a story of survival which all of us can fundamentally relate to after the effects of the pandemic.”

The play is directed by Max Webster, with set and costume design by Tim Hatley, puppet and movement direction by Finn Caldwell, puppet design by Nick Barnes and Finn Caldwell, video design by Andrzej Goulding, lighting design by Tim Lutkin, sound design by Carolyn Downing. Life of Pi also features original music by Andrew T Mackay and dramaturgy by Jack Bradley. Casting for the Broadway production will be announced shortly.

Prior to the Broadway engagement, Life of Pi will debut Stateside on December 4, 2022, at the American Repertory Theater in Massachusetts. It is also currently playing at Wyndham’s Theatre in London’s West End. The U.K. production won five Olivier Awards, including Best New Play, Scenic Design and Lighting Design. In a historic first, the seven performers who play Royal Bengal tiger ‘Richard Parker’ were collectively awarded Best Actor in a Supporting Role.

Tickets will go on sale October 24 at 10 AM ET to American Express card members; a presale for Audience Rewards members begins October 31 10 AM, with general sale beginning November 3 at 10 AM. For more information, click here.