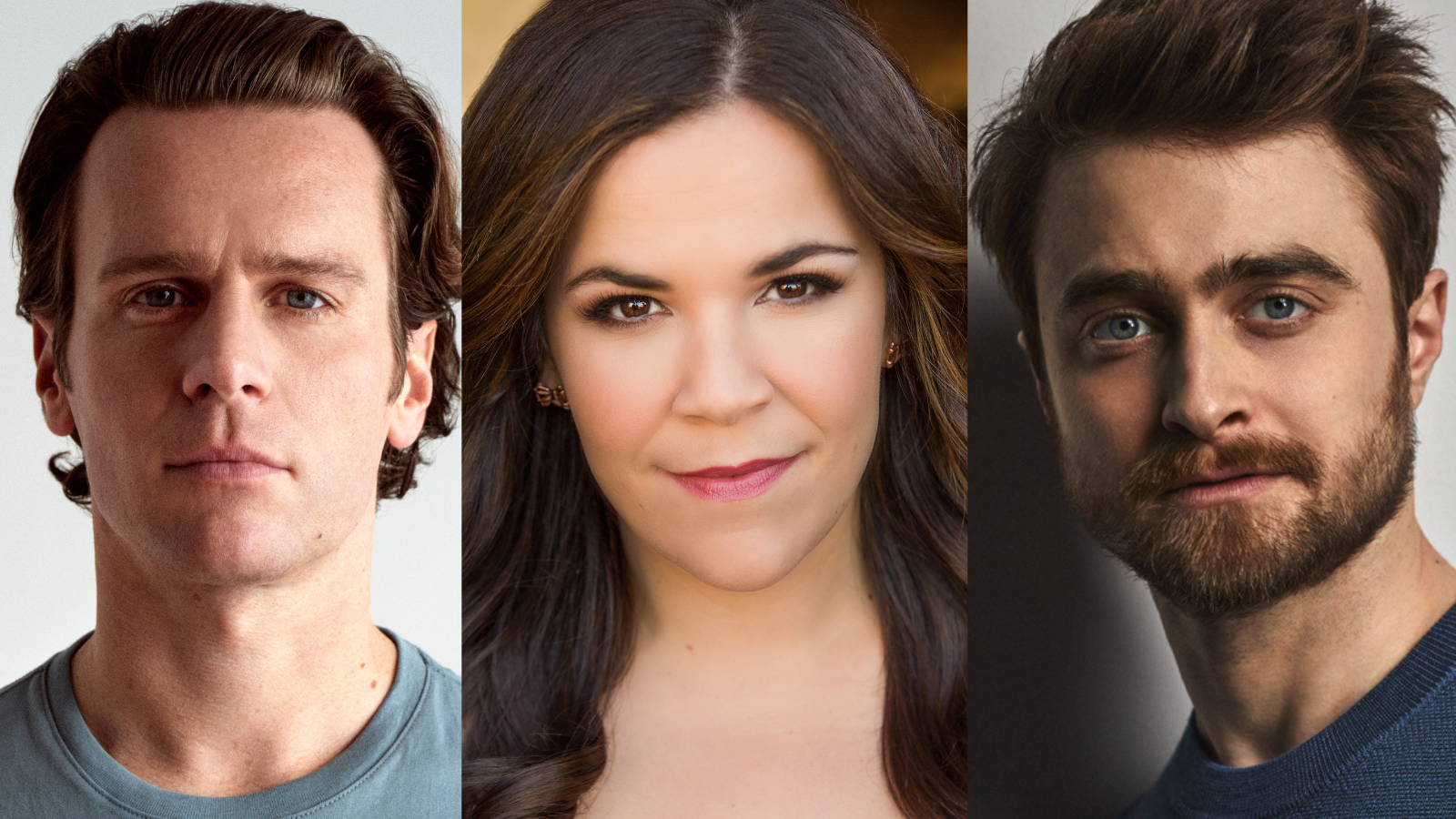 The stars of Merrily We Roll Along: Jonathan Groff, Lindsay Mendez, and Daniel Radcliffe

Fans eager to get their hands on tickets for the first two performances of one of this season’s hottest shows will need to act fast. The November 21-22 lotteries for Merrily We Roll Along at NYTW are now open on TodayTix, with entries accepted through September 19 at 12 PM ET.  As previously announced, all tickets for the first two performances are dedicated to the lottery to expand accessibility for theatregoers through the Off-Broadway theatre's CheapTix program.

Regular lotteries, also held on TodayTix, will begin each performance day at 12:01 AM and continue until winners are notified via push notification 3-4 hours before the selected performance begins. Entrants may request 1 or 2 tickets, and entry is free and open to all. All lottery tickets cost $25.

In addition, producers have announced the Off-Broadway revival of Stephen Sondheim and George Furth’s musical has extended two weeks through January 21.

The musical spans three decades in the entertainment business, charting the turbulent relationship between composer Franklin Shepard and his two lifelong friends: writer Mary and lyricist-playwright Charley. It is based on the original play of the same name by George S. Kaufman & Moss Hart. A full cast will be announced at a later date.

Directed by Olivier-winning performer Maria Friedman and choreographed by Tim Jackson, the NYTW production is presented by special arrangement with Sonia Friedman Productions, the Menier Chocolate Factory, and Patrick Catullo. Friedman previously directed the musical in London, which won the Olivier for Best Musical Revival. It transferred stateside in 2017 for a run at Huntington Theatre Company in Boston.

The Off-Broadway creative team will include Catherine Jayes as music supervisor and Alvin Hough, Jr. as music director, with scenic and costume design by Soutra Gilmour, lighting design by Amith Chandrashaker, and sound design by Kai Harada. Casting is by Jim Carnahan and Jason Thinger with additional casting by Taylor Williams. Dave Anzuelo will serve as fight and intimacy director with Jhanaë K-C Bonnick as stage manager.