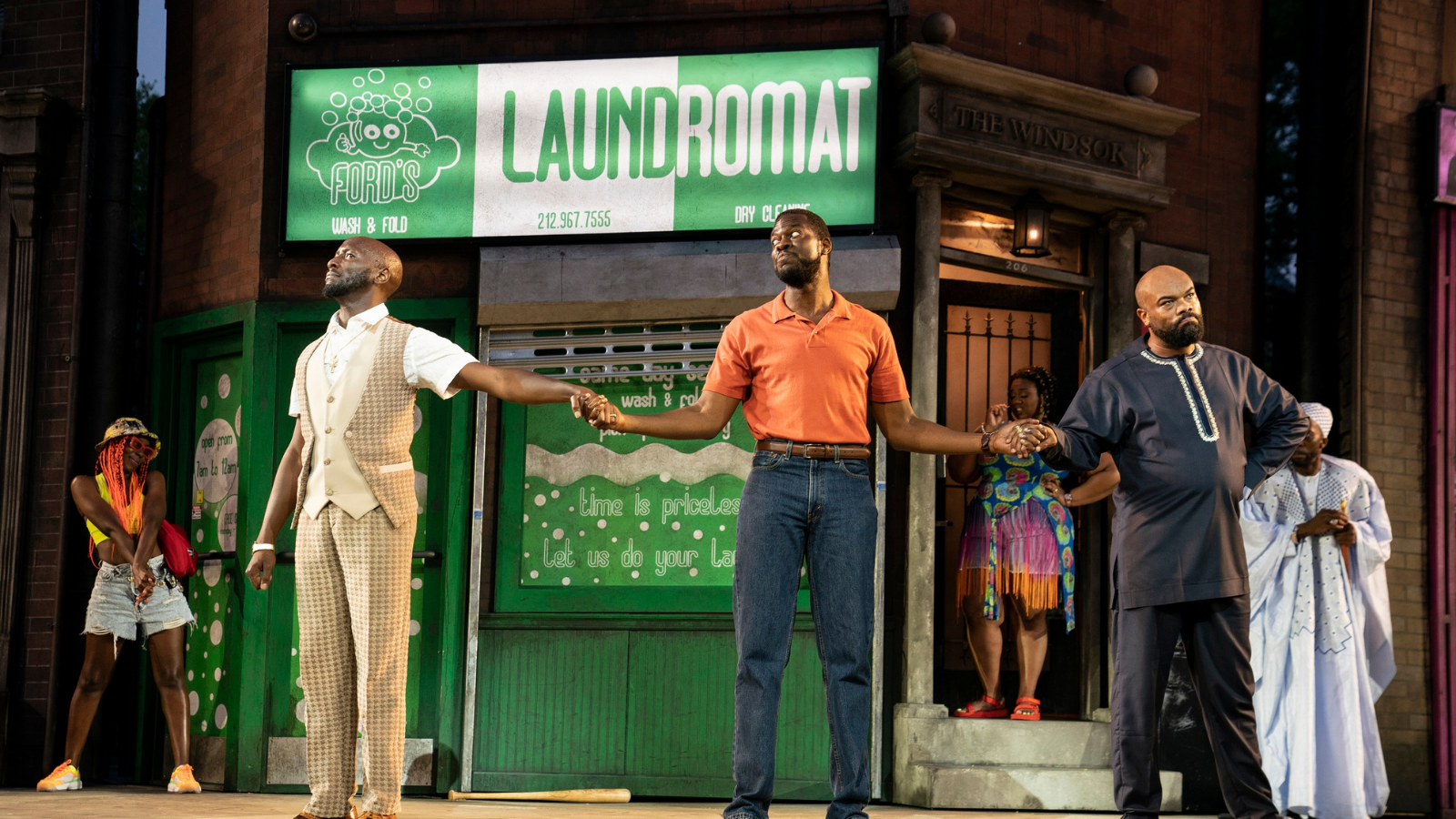 Merry Wives, Jocelyn Bioh’s adaptation of The Merry Wives of Windsor which heralds the return of the Public Theater’s Shakespeare in the Park series, begins with a celebration of the joyful pan-African spirit. It’s a lovely moment that, as embodied with summery passion by the lively cast, turns the Bard’s tale from one of rich Elizabethan antics into an uptown romp.

Directed by Saheem Ali, the production has the instant payoffs of a ‘90s sitcom, but also their often hamfisted sense of capital-D Diversity. Ali is no stranger to this slapped-on multiculturalism: His Romeo y Julieta audio production for the Public earlier this year had its characters speak a Spanglish translation that favored a “Coexist” bumper sticker mentality over meaning.

Luckily, the very capable cast elevates the latter half of the evening from its labored beginnings. Susan Kelechi Watson and Pascale Armand—the wives—are appropriately merry, and look stunning in Dede Ayite’s costumes. Shola Adewusi’s brilliant slapstick nearly steals the show with her frenzied Mama Quickly. As Falstaff, Ming-Trent is a delectable antihero, portraying the cunning lothario as a lovable scrub with too much time on his hands.

The downside of playing Falstaff as a purely relatable and almost entirely unproblematic character, though, is that the rest of the characters seem absolutely insane by comparison. During an aside, he asks the audience how we could blame him for his actions after a year spent watching Netflix at home. I certainly couldn’t. And then I got to thinking about the digital, and how these letters of his would (should?) have probably been Instagram DMs. Was an elaborate three-part plot to shame a thirsty man who DM’d two taken women necessary? Don’t those couples have––I don’t know––other errands to run?

It’s updates like these that left me feeling like this work might have been better left alone, without all the fuss about updating the show’s politics and instant relatability. The cast is more than prepared to take on Shakespearean dimensions and antics, so it feels as a bit of a disservice to their talents to attempt so loosely to bring it to the present day. The same goes for the telegraphed multiculturalism at the start of the production, which shines through anyway thanks to the cast’s contagious energy.

Then again, when a queer couple announces its love in the play’s final moments, the old White man behind me angrily whispered to his companion, “Shakespeare wouldn’t have even begun to understand this…” He’s most likely wrong about that, as the Bard’s works tend to fixate on gender mixups, but it might have been the best compliment any updating of his works could receive.

“Merry Wives” is currently playing at The Delacorte Theater in Central Park through September 18. For more information, visit here.