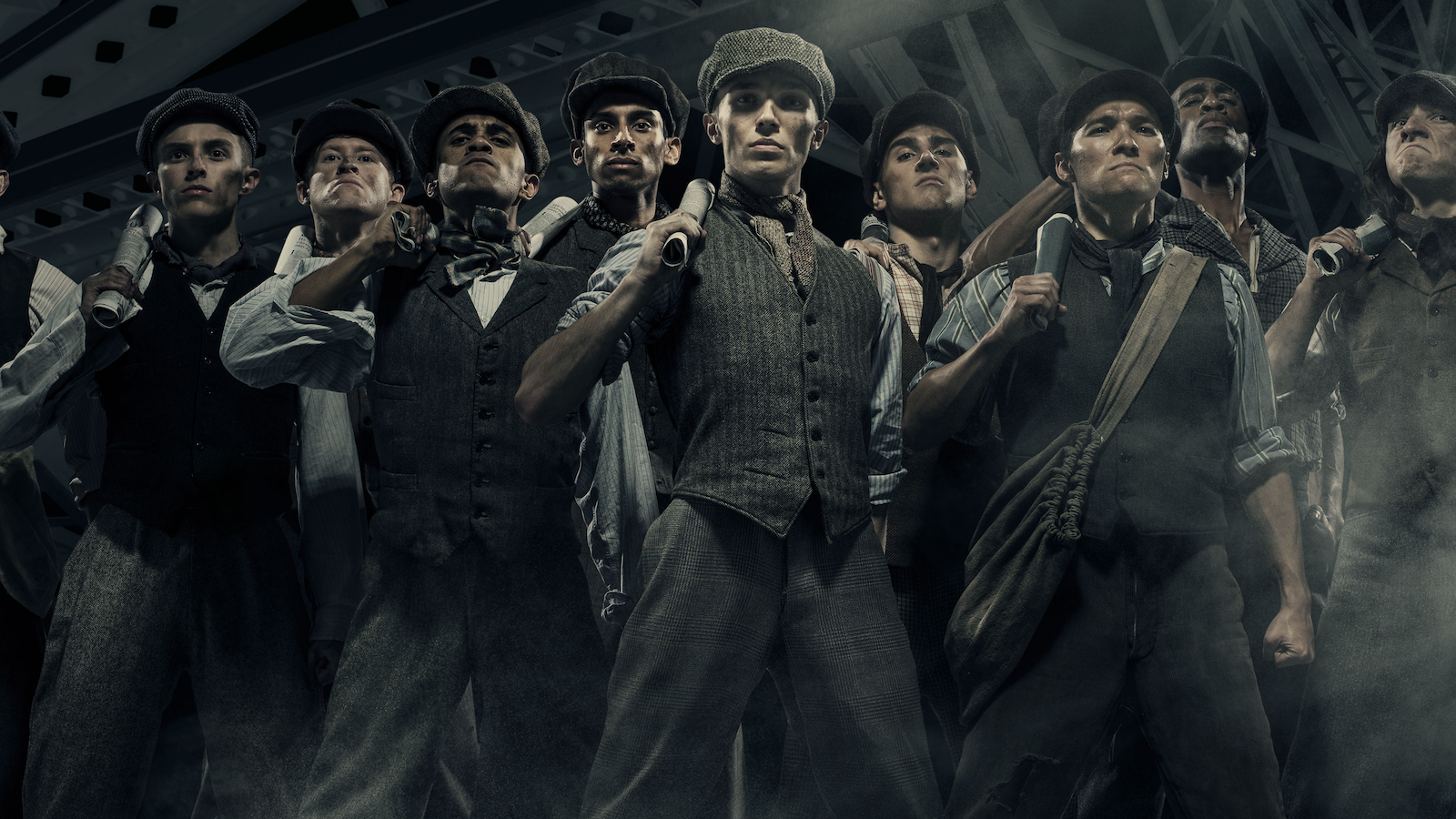 The Kings of New York are coming to London! The beloved musical Newsies will hold its U.K. premiere at the Troubadour Wembley Park Theatre, where performances are set to begin November 28.

The updated production will be presented in-the-round with Matt Cole directing and choreographing. The show features music by Alan Menken, lyrics by Jack Feldman, and a book by Harvey Fierstein. Casting and further creative team members will be announced at a later date.

“This site-specific version of the show provides an exciting opportunity to present the piece in a non-traditional format,” says Cole. “Set in the round, the audience will be thrust into turn-of-the-century New York, where the action and choreography will weave its way in and out of the audience.”

Based on a true story, Newsies follows a ragged band of teenage newspaper sellers at the turn of the 20th century, who dream of a better life far from the hardship of the streets. After newspaper magnate Joseph Pulitzer hikes up the prices for his papers charged to the newsies, Jack Kelly rallies his fellow newsboys in an attempt to protest the change. Along the way, he encounters a reporter named Katherine who catches his eye—and helps the cause.

The news comes on the heels of the 10th anniversary of Newsies opening on Broadway. A film capture was released in 2017 and is now available to stream on Disney+.