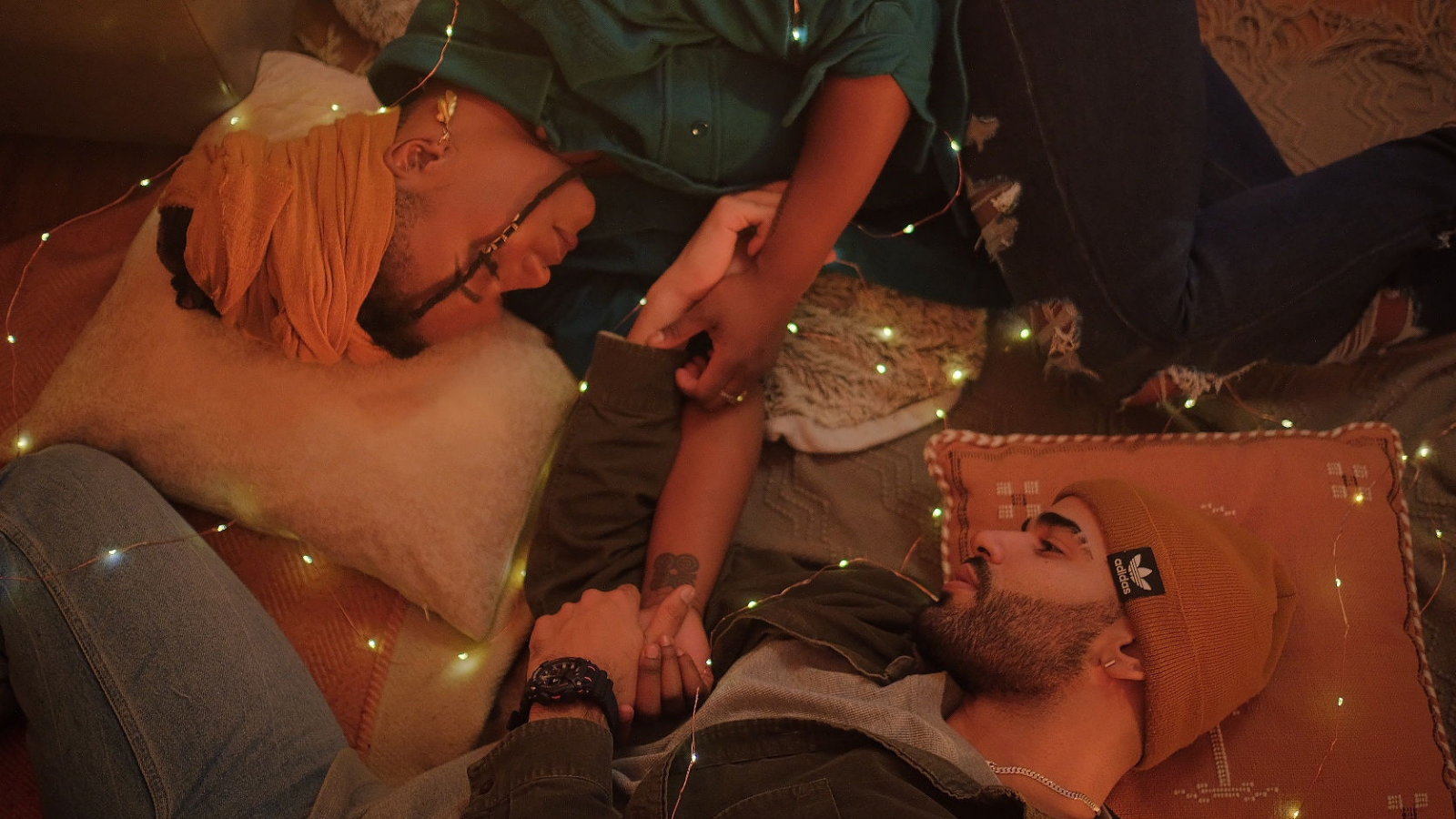 Out of the Box Theatrics is known for taking theatre and scaling it down to its core of the story, and their latest production of Jason Robert Brown’s The Last Five Years is more evidence that even throughout a global pandemic, the young Off-Broadway company continues to produce riveting and gorgeous content — now for the digital audience.

Co-produced by Holmdel Theatre Company and Blair Russell, the show, if unfamiliar, follows two twenty-somethings throughout their relationship in New York, on two different timelines and trajectories. Jamie's, a talented writing protégé, moves forward, while Cathy's, a struggling actress, begins at the end of their relationship; they meet once together in the middle at their wedding in Central Park.

I have had the pleasure of viewing Brown’s stirring song cycle multiple times over the years including it’s 2013 Off-Broadway revival with Adam Kantor and Betsy Wolfe. I have no pause in saying Jason Michael Webb’s deeply moving new rendition is among the best.

Nasia Thomas and Nicholas Edwards portray the ill-fated couple with a fervent chemistry. I was fortunate to see Edwards as Jesus in BTG’s Godspell this past Autumn, the first Equity approved musical since the shutdown. Now in a very different role, his Jamie who starts out so filled with love for Cathy is 100% pure joy on screen. Thomas, whose turn in Roundabout’s much anticipated Caroline, Or Change revival was cut short but will return in the future, captures Cathy’s tender heartbreak right from the start in “Still Hurting” and gives a true tour de force performance throughout. Both actors are incredibly vocally talented; the emotion and chemistry they exuded from my computer reverberated with me days after my viewing.

Serving as both Director and Music Director, Jason Michael Webb has effectively captured Brown’s emotional tale in this new site-specific production, all taking place in one small New York apartment. Last year I caught Out of the Box’s site specific revival of Baby starring Alice Ripley performed in a Midtown loft and it's clear the team at OOTB has an ingenious way of creatively translating works of art into smaller, intimate spaces. Much credit is due to Adam Honoré whose imaginative production design was able to capture the entire world of the show in just a few hundred square feet. Incredibly smart lighting and projection design were used effectively in tandem with Brian Bon’s wonderful cinematography.

Brown’s luscious score is vividly brought to life by an orchestra of six who were strategically placed within the apartment and small lyrical changes such as Cathy stating she “got twenty pounds thinner” to “thicker” really gives this version its own unique personality.

This virtual production of The Last Five Years is near perfection and is certainly not to be missed for any true fan of the piece.