OUT OF TIME, Just In Time — Review 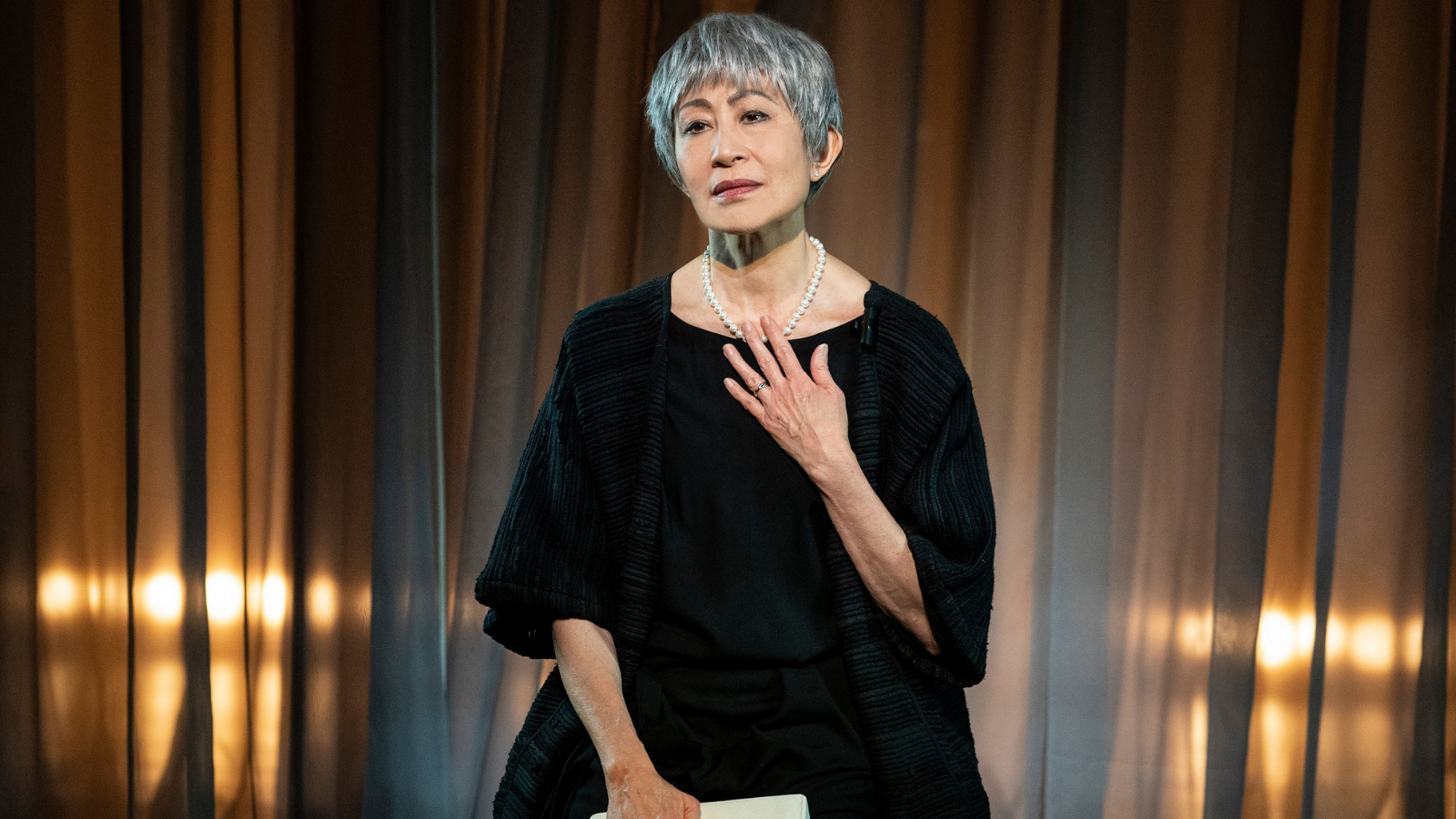 Out of Time, a collection of monologues by Asian American playwrights performed by an ensemble of veteran Asian-American actors, should feel like a fairly low-stakes engagement. Staged at the Public Theater, in a co-production with the National Asian American Theatre Company, it features unfussy direction by Les Waters on an unobtrusive, billowy-curtain set by design collective dots. The five cast members step out, one by one, and deliver their monologues straightforwardly, punctuated by generic, classical soundscapes by Fabian Obispo.

And yet, just four days before the performance I attended on February 27, an Asian American artist was attacked on his way to the Public. Set to celebrate the first preview of The Chinese Lady, another production centered around the Asian American experience, the unnamed performer was bruised near Seward Park. His glasses were broken, so he bowed out of his role, but insisted on playing one of the instruments.

So the production’s offer — the chance to hear five different Asian-American voices interpret the thoughts of five other Asian-American creatives —  becomes essential: a chance to sit, listen, and appreciate. With this talented cast, this is as easy to do as it is enjoyable.

Bookended by its two strongest monologues and performances, Out of Time is very much of the here and now. COVID-19 and its many effects are mentioned matter-of-factly, without sentimentality or a cloying intention of being relevant. As such, it flows smoothly despite the end-of-times vibe sustained throughout many of its pieces.

“My Documentary,” by Anna Ouyang Moench opens the show. Performed by an elegant Page Leong, in a performance which commands enough attention to make you briefly forget she never rises from her chair, it follows an award-winning documentary filmmaker struggling to finance her final piece: a meditation on grief inspired by the February 2020 loss of her husband. Moench brilliantly ties together the personal and global, with her orator’s many digressions shining a light on the difficulty of being an older Asian woman in, among other things, the entertainment industry. Because she is played with astonishing wit by Leong, these insights properly land as the preposterous offenses to personhood that they are.

The comedically gifted Mia Katigbak recites Mia Chung’s “Ball In the Air,” often while playing with a paddleball. A fragmented recounting of a car crash, a bike accident, the live concession of the results of the 2016 Presidential election, it gives Katigbak the chance to deploy her warmth across an array of states of limbo. It must be said that, after all that has happened since, it feels a bit exhausting to retread the events of 2016, especially as used by Chung to signal global instability.

The production’s weakest two monologues close the first, and open the second acts. Jaclyn Backhaus’ “Black Market Caviar” presents actor Rita Wolf on a screen, as she sits partially obscured by a sheer curtain further downstage. The sci-fi tinged warning from the future, filled with coy jokes about what we’re yet to discover, is fun enough, but the live-streamed gimmick is a disservice to Wolf’s theatrical performance, here placed under televised scrutiny. “Japanese Folk Song,” written by Naomi Iizuka and performed by Glenn Kubota, is a barely-there story about a banker’s relationship to a Thelonius Monk jazz song. The two monologues aren’t bad, but neither say much about anything.

“Disturbance Specialist,” the closing performance, has the great benefit of being a direct address. Written by Sam Chanse as a commencement address, a sparkling Natsuko Ohama plays a weary writer-activist recently undone by her “injudicious Tweets.” Performed with gusto and knowledge, it is an engaging examination of legacy, cancel culture, and redemption.

The five monologues performed in Out of Time benefit from committed performances by talented, world-wise actors. The production’s greatest asset is its emphasis on a multiplicity of voices, instead of the usual commercial inclination to make a monolith out of marginalized identities. Time is given, space is held, and attention is earned — an elemental experience of listening and understanding.

Out of Time is in performance through March 13, 2022 at the Public Theater on Lafayette Street in New York City. For tickets and more information, visit here.