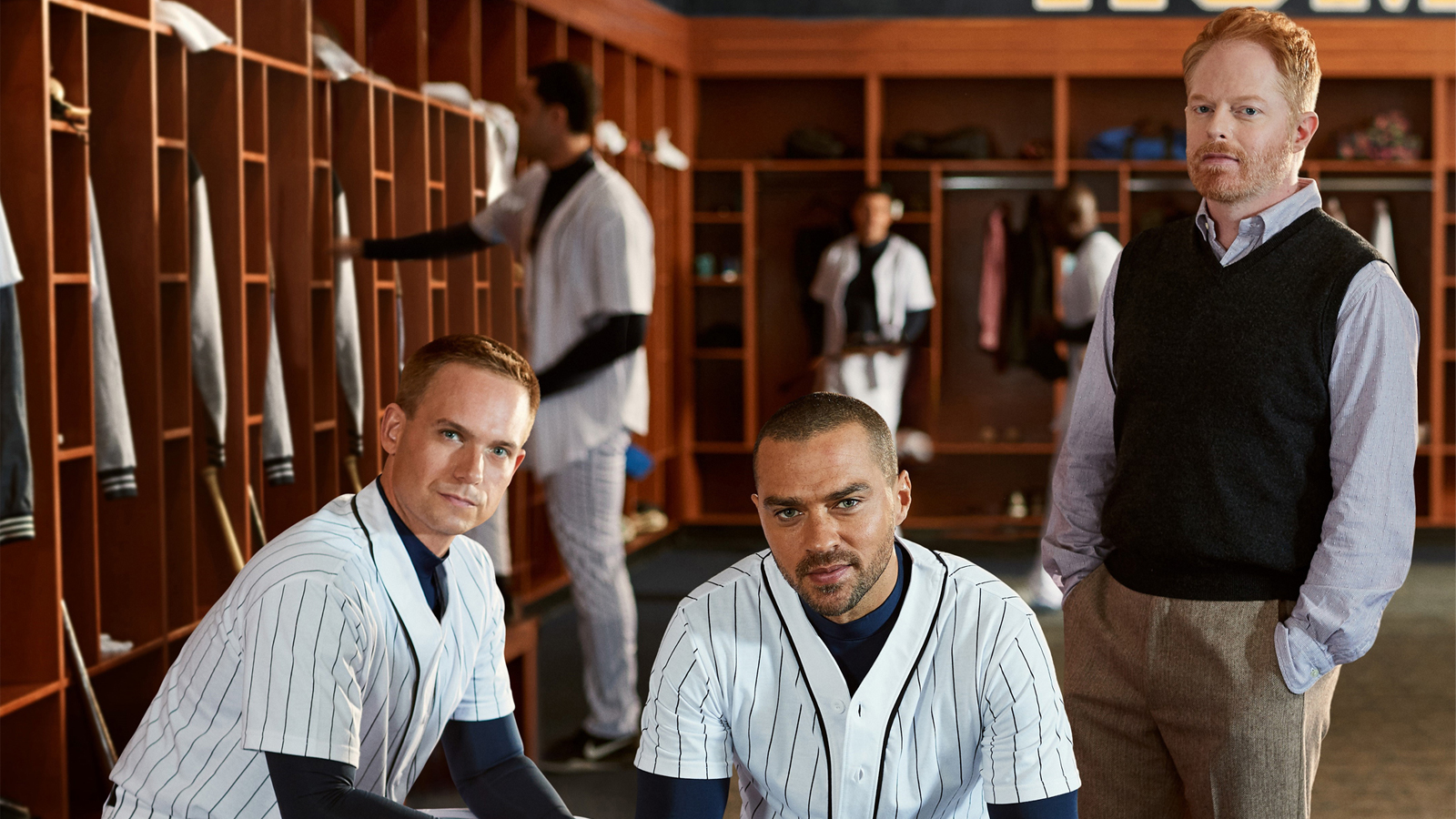 Second Stage Theater (Carole Rothman, President and Artistic Director; Khady Kamara, Executive Director) has confirmed that Patrick J. Adams, Jesse Tyler Ferguson, and Jesse Williams will return for the upcoming production of Richard Greenberg’s Tony Award-winning play, TAKE ME OUT. Patrick J. Adams and Jesse Williams will be making their Broadway debuts in this production. Also returning are previously announced cast members Julian Cihi, Hiram Delgado, Carl Lundstedt, Ken Marks, Michael Oberholtzer, Eduardo Ramos and Tyler Lansing Weaks. The production, which had been scheduled to open in April 2020, had been postponed because of the Broadway shutdown. The role of Davey Battle remains to be cast.

Directed by Scott Ellis, TAKE ME OUT will now begin previews on Broadway at the Hayes Theater on March 9, 2022 and will officially open on April 4, 2022.

In the Tony Award-winning TAKE ME OUT, playwright Richard Greenberg celebrates the personal and professional intricacies of America’s favorite pastime. When Darren Lemming (Jesse Williams), the star center fielder for the Empires, comes out of the closet, the reception off the field reveals a barrage of long-held unspoken prejudices. Facing some hostile teammates and fraught friendships, Darren is forced to contend with the challenges of being a gay person of color within the confines of a classic American institution. As the Empires struggle to rally toward a championship season, the players and their fans begin to question tradition, their loyalties, and the price of victory.

TAKE ME OUT is supported by grants from the Berlanti Family Foundation, the Blanche & Irving Laurie Foundation, and the National Endowment for the Arts.

Subscriptions for Second Stage’s 42nd Season, including Take Me Out are on sale now via www.2ST.com. A date for the general public on sale will be announced in September. For more information, please visit 2ST.com.