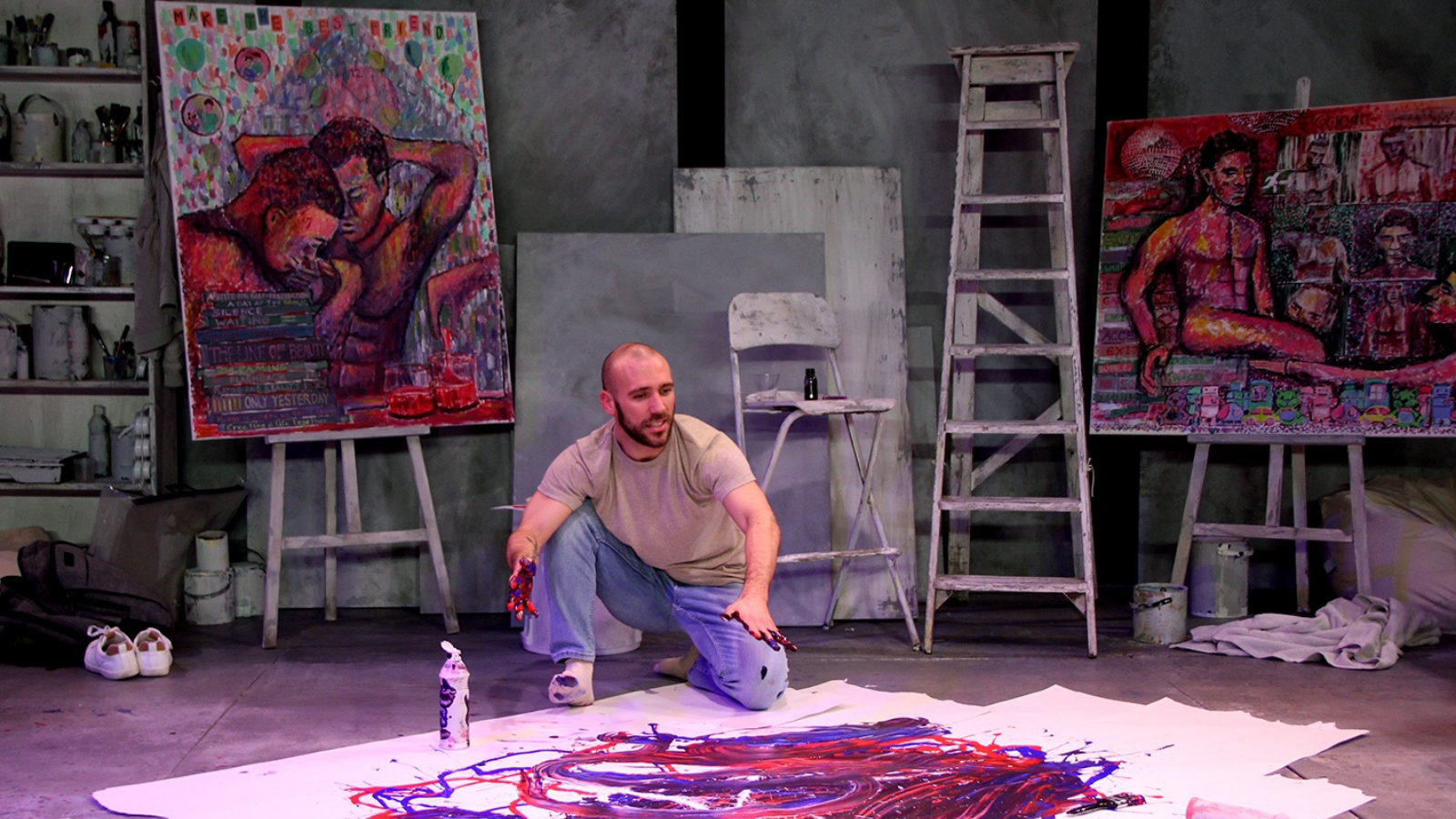 Paul Harvard’s GHBoy from the Charing Cross Theatre is part-gay murder mystery, part-relationship drama, part-exploration of grief, part-commentary on modern gay culture. Unfortunately it doesn’t go deep enough into any of these topics to quite succeed.

Set around the modern East London gay party scene, Robert (a great performance from Jimmy Essex) is in the midst of a self reformation. As he grieves over the death of his father and cycles through drugs and boys, his boyfriend Sergi (Marc Bosch) unexpectedly proposes. Robert vows to use this moment to change for the better, but if he is to grab his one last chance at happiness he must first face an uncomfortable truth buried deep within him. This all happens amidst the backdrop of a Grindr serial killer known as GHBoy, based off of the real life serial killer Stephen Port, who haunts his thoughts and therapy sessions.‍

GHBoy’s ambitions are admirable in how it tries to address many misconceptions surround gay culture, and specifically gay hookup culture: drug use, casual sex, the stigma of HIV positivity, and more. But just when you think GHBoy is going to say something profound about any one of these topics we immediately move on. Part of the problem lies in the pacing of the show, many of the scenes (especially at the beginning) flit by so quickly we’re never really given the chance to get to know our main character before he is proposed to. Fortunately the rest of the show redeems itself in its character development of Robert, who eventually comes across as a complex human. Therein lies another part of the problem: Robert is so well realized that every other character in the show comes across as flat. Other standout performances from Aryana Ramkhalawon as Robert’s best friend Jasminder and Nicola Sloane as Robert’s mother Debbie aren’t enough to save the show as a whole. Finishing out the cast are Sylvester Akinrolabu playing a number of Robert’s online hookups, Devesh Kishore as Robert’s art therapist Simon, and Geoff Aymer as the GHBoy serial killer.

Filmed the night before the last London shutdown in December 2020, it’s hard not to feel the urgency of the performance. The pre-show title card makes a note that there wasn’t time to reset for scenes while they were filming. Even though the production quality feels somewhat amatuer (the production was filmed with a few cameras in the audience and without lav mics capturing the actor’s audio up close), it adds to the feeling of sitting in an actual theatre watching the show instead of watching a film.

But by the time I finished watching GHBoy, I wasn’t sure quite what I was supposed to take away from it. Whether it’s the production itself or a lack of focus in the themes and plot of the show I can’t say, maybe it’s both. GHBoy has all of the right intentions and the bones to be something great, but in its current state GHBoy takes on a load it can’t handle.

“GHBoy” is now available to stream, for tickets and more information visit here.