PERSONALITY: THE LLOYD PRICE MUSICAL Struggles With Its Subject – Review 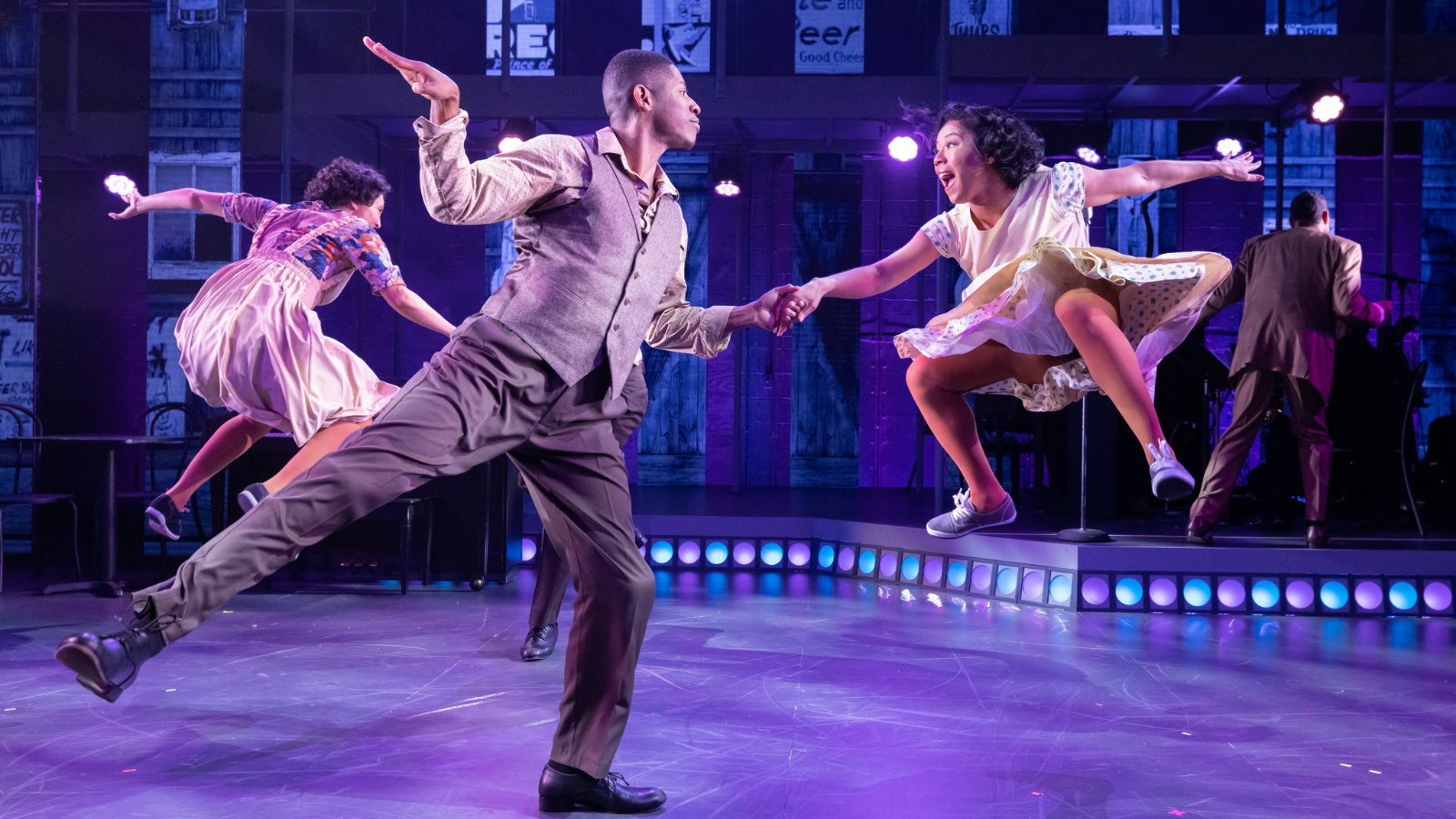 By
Alexi Chacon
No items found.
on
Category:
Reviews

The Sheldon Epps directed production of Personality: The Lloyd Price Musical at The People’s Light squeezes all of its subjects into one show. While action packed, there is so much going on here that it could have been 4 shows and still had enough material left over for a movie.

A now elder Price (Saint Aubyn) narrates his life and walks you through each of his many achievements  because, as he puts it, even though “you know my music, you don’t know my name,” something this rushed production hopes to change. It’s easy to see how Price, who drips with charm and is earnest to a fault, came to be known as Mr. Personality,  but how can an audience get to know him in a production where he refuses to stand still for more than a few minutes?

For example, after our narrator’s introduction, a young Price (Nathaniel Washington), fresh from Kenner, Louisiana, suddenly appears and transforms into a rock and roll icon who is credited with being the first teenager to sell over a million copies. The story of how he got there is rushed if only to tell us of what he accomplishes next, but we’re told that the music industry was turned on its head because a Black man was pulling in white audiences and his records were flying off the shelves at white record stores.

However, a very white and a very adoring fanbase was not enough to ensure survival in this field. Despite the music industry wanting to capitalize off his talent, it was clear that the institution also wanted to keep him in his place. He was shut out from white clubs south of Harlem and strong-armed into crooked record deals that did not give him his due. For every place that shut him out, he created his own, becoming the first person of color to start his own record label and nightclub in Manhattan. Price’s entrepreneurial spirit is what drives the musical’s narrative, with each new venture accompanied by its own song and dance number.

David Gallow’s media design and Steve Channon’s video design ground the show in the historical facts of Price’s career. They dominate the stage as  slim rectangular video screens and  teaching aides as Price lectures about  the racist and systemic barriers that he and his Black contemporaries had to overcome. Onstage, a young Erma Franklin (Aretha’s elder sister) croons her top 10 soul hit, “Piece of My Heart,” an arresting performance that is cut short by an onscreen video of Janis Joplin singing her counterfeit version that stole Franklin’s glory.

This begs the questions, what place do we have in cementing our own legacy and should the person who lived it be involved in telling what went down? Price’s life was fascinating, but in collaborating with playwright B. Jeffrey Madoff on the book of his musical autobiography, one gathers that he was too close to the details to focus on what is most compelling. This is particularly clear in the  portrayal of his wife Emma (Desiree Murphy), who is presented as a conniving gold digger with no sense of agency. Emma was given a very textbook misogynistic framing. She is there simply to make him suffer before dying in a tragic house fire that fails to muster much mourning from the ensemble besides a few moments of solace. A few seconds later, the show moves onto the next song and dance routine as if Emma had never existed. So why mention her at all?

Price’s music is genre-defining in its own right and absolutely deserves its own show. But not like this. Listening to the score of 18 of his original songs, paired alongside the razzle-dazzle of Edgar Godineaux’s high octane choreography, I came away feeling breathless and in awe. Until I remembered that I had to slog through the laundry list of every petty squabble he ever endured and victory he scored along the way to get there. There is a story here, but as of yet neither he nor Madoff have figured out how to bring it to theatrical life. The end result is a Wikipedia page article packed with songs and dance.

Madoff leaned into some unnecessary discomfort by giving nearly all the white characters the opportunity to use the n-word with a hard R throughout the production. I’ll keep my thoughts on this short but using the hard R did nothing to illustrate the obvious and overt racism in Price’s life. All it did was make me very aware that I was one of the few POC in a small theater in Pennsylvania

At the end of the show, Price astutely notes that his success is profoundly American. His legacy is his fame, but his specific “American Dream” is that he was able to overcome the unique institution of American racism built to prevent Black and Brown people from succeeding.

Price’s work as an entrepreneur laid the groundwork for Black creatives to package and control their own talent. His story deserves to be told in a way that connects audiences to how independent artists such as Beyonce, Jay-Z, and even Prince were able to bypass the many barriers that he knocked down for them. As of yet, that story is still waiting to be told.

Personality: The Lloyd Price Musical is now in performance at The People’s Light Theatre. For tickets and more information, visit here.

Alexi is a theatre and culture critic based in Philadelphia. He’s the Managing Editor at Token Theatre Friends where you’ll see him talk on and on about the importance of theatre as a means of leveraging social change.