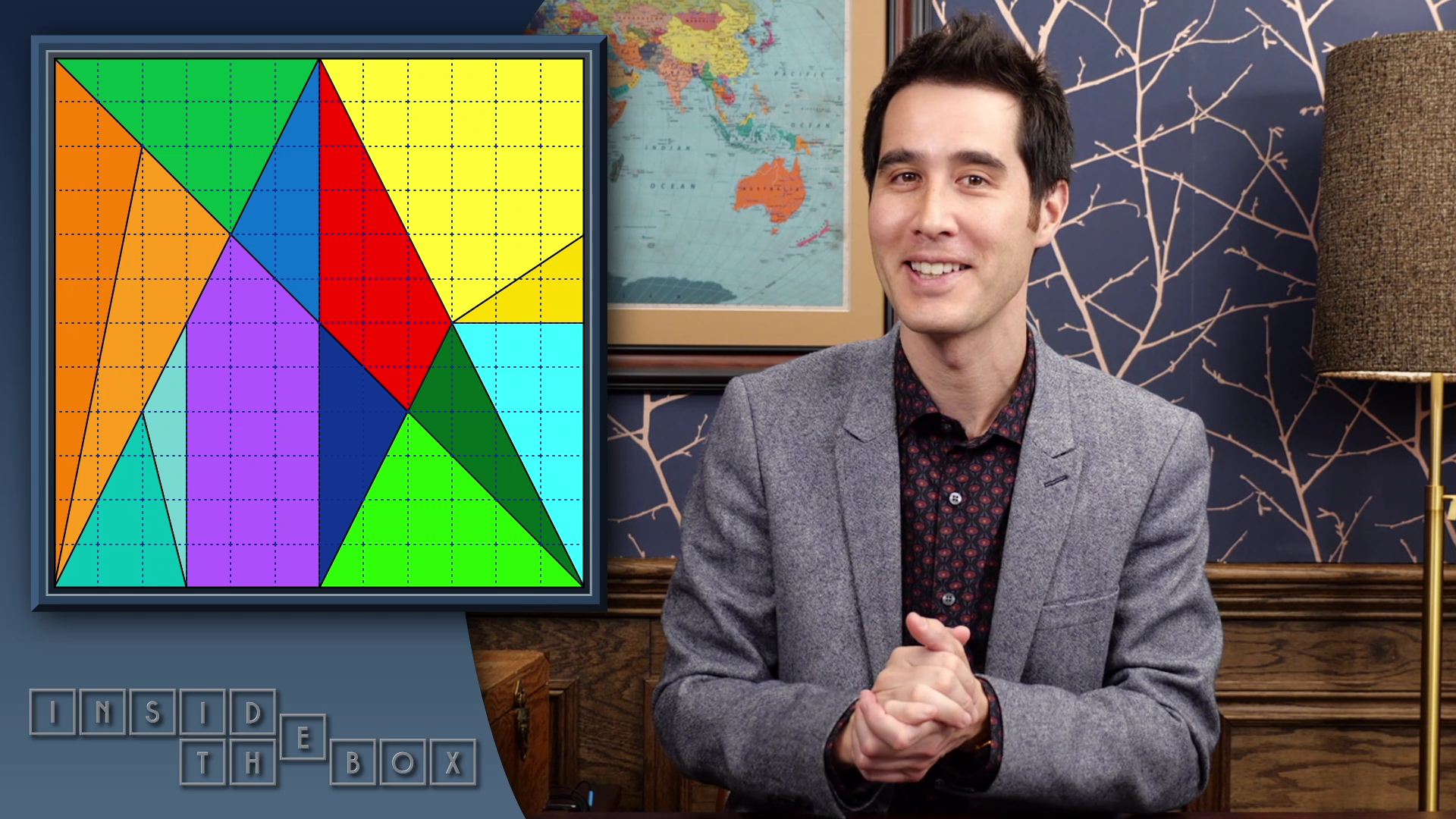 Game night has officially begun! It’s puzzles galore in The Geffen Playhouse’s latest virtual offering Inside The Box, by magician and puzzler extraordinaire David Kwong. After their wildly successful virtual magic show, The Present (which just wrapped up a rather lucrative six month run earlier this summer), the Geffen’s newest production puts the work now with the audience for a 90-minute trivia soaked puzzle extravaganza.

David Kwong has been delighting audiences for years with his illusions and  skills as one of the New York Times crossword puzzle editors. I first caught Kwong’s breathtaking magical dexterity during The Enigmatist last summer at the High Line Hotel in Manhattan. The Geffen was supposed to revive the intimate evening but has postponed the run due to the ongoing pandemic—dates for the LA premiere will be announced at a later time.

For Inside The Box, Kwong utilizes Zoom to connect with his audiences from  around the country. Broadcasting from his home in Los Angeles, my  performance alone met folks from all over including New York, Chicago, and St. Louis. With just 24 participants per show, you get to know your  fellow puzzle connoisseurs and Kwong does a great job at building camaraderie with the group. From puzzle to puzzle, we learned the history and science behind some of our favorite pastimes from cracking anagrams, to crosswords, to rebuses with Guy Fieri himself. A myriad of  brain teasers filled the evening, both old games of yesteryear and some new classics.

Fear not, while participation is encouraged, you aren’t racing against the other teams, but rather all in it together with Kwong as the fearless leader. A week before, a printout arrived in our email with our printable game packet that helps us through the production. As the show started, I gathered my family in the living room and if only for for an  hour and a half, got lost in the wonderful world of Kwong’s brain—a  welcome distraction from the outside chaos of current events.

Inside The Box’s run is sold out through the final performance on January 3, but make sure to keep an eye on the Geffen’s website for more information on last minute cancellations and their rush policy. David Kwong and team have crafted an extremely entertaining and engaging night  that is fit for the whole family. The Geffen won’t just have you thinking outside the box, it’ll teach you how the box is made.

"Inside The Box" was extended due to popular demand, and is currently sold out. For more information, visit: https://www.geffenplayhouse.org/shows/inside-the-box/