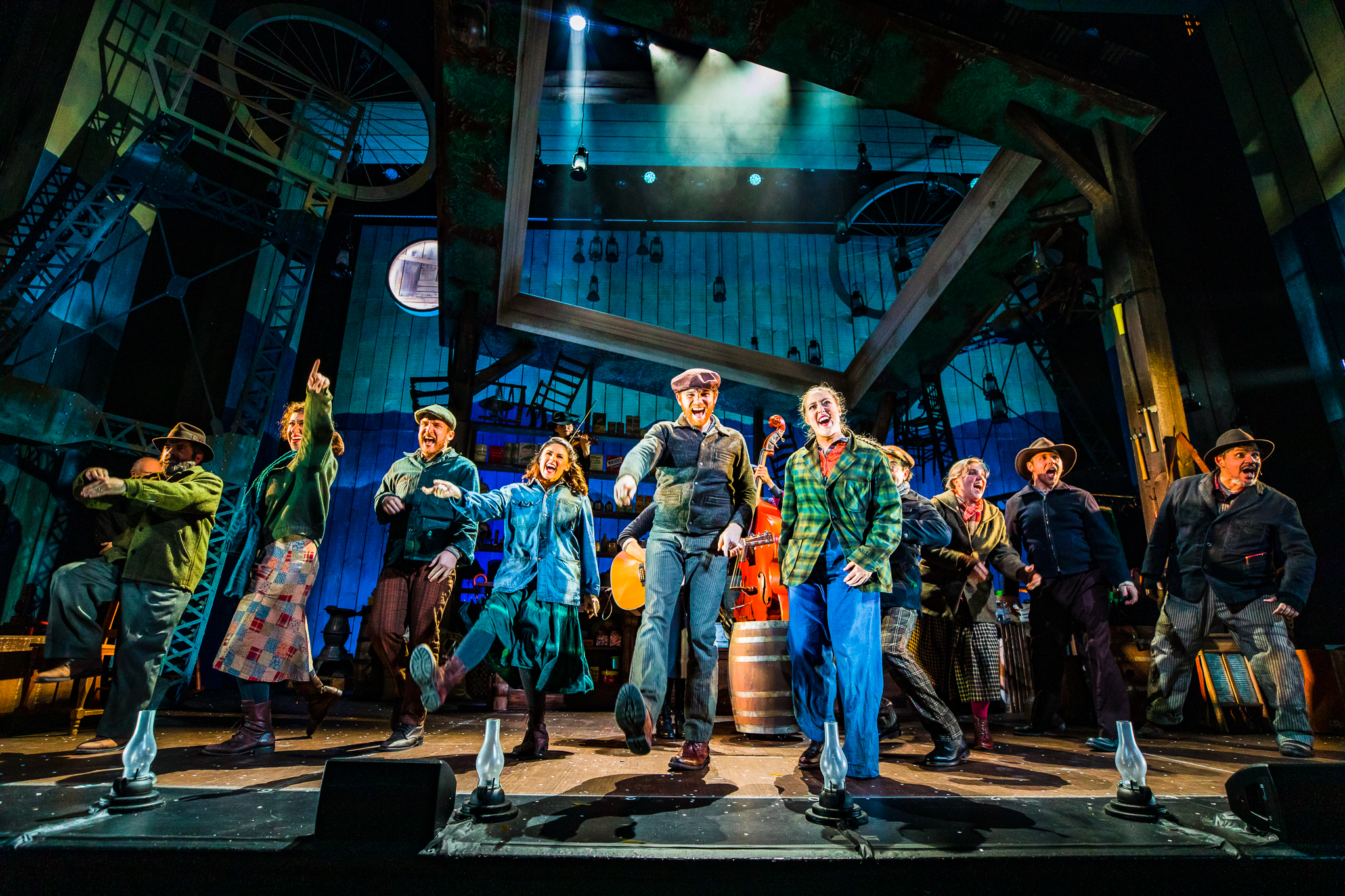 It is not everyday that Dolly Parton premieres a new musical here in Boston, so the buzz around Dolly Parton’s Smoky Mountain Christmas Carol, now playing at the Emerson Colonial Theatre, has been the talk of the town. The classic holiday story gets an updated take set in, you guessed it, the Smoky Mountains in the mid-1930s, fused with a score from one of the country's leading “Queens of Country Music.”

With a cast of 12 and a scrumptious on-stage band of 6 led by Tim Hayden, this Christmas tradition finds Ebenezer Scrooge deep in the hills of East Tennessee. With a book by David H. Bell, I quite appreciated the nods to the South that were intertwined throughout the story, from moonshine to prohibition. While some scenes drag on a moment too long, others bring the cheer that has the audience clapping along with Parton’s country score. Parton’s previous musical, 9 to 5, has become beloved by most due to her enchanting melodies—it is having a rather lucrative run in the West End currently. While her list of songs for this show is generally great, and I particularly loved the Act I showstopper, “Party Time,” some numbers feel forced.

Peter Colburn leads the cast as Scrooge, but plays him rather monotonously. I wanted to see his passion grow and his hatred of the holiday steep more on the stage. The rest of the ensemble play multiple different parts to varying degrees of uncertainty. The highlight of the night was Brittney Santoro who doubled as Fanny/Sadie; her voice is unmatched and quite lovely. Boston local Jonathan Acorn also does a lovely job as Eben/Fred. At certain points, I found myself trying to decipher which characters the actors were portraying, which ultimately took me out of the story.

Scott Davis has created a stunning scenic design that, when matched with Lee Fiskness’ lighting, generates a wonderful, multi-purpose set. Linda Roethke’s costumes evoke the Southern charm necessary for the piece. James McCartney’s sound was extremely hindered the night I attended; with shoddy microphones, I could not hear a majority of the show both in terms of loudness and quality. I hope this issue is fixed soon as it is detrimental to the performance.

As for the future of this production, I am unsure of the plan. I think the team should go back to the drawing boards and retool the script—perhaps some edits to the book and this would be perfectly suited for Parton’s theme park Dollywood. Until then, it’s up here in Boston spreading some Christmas country cheer.