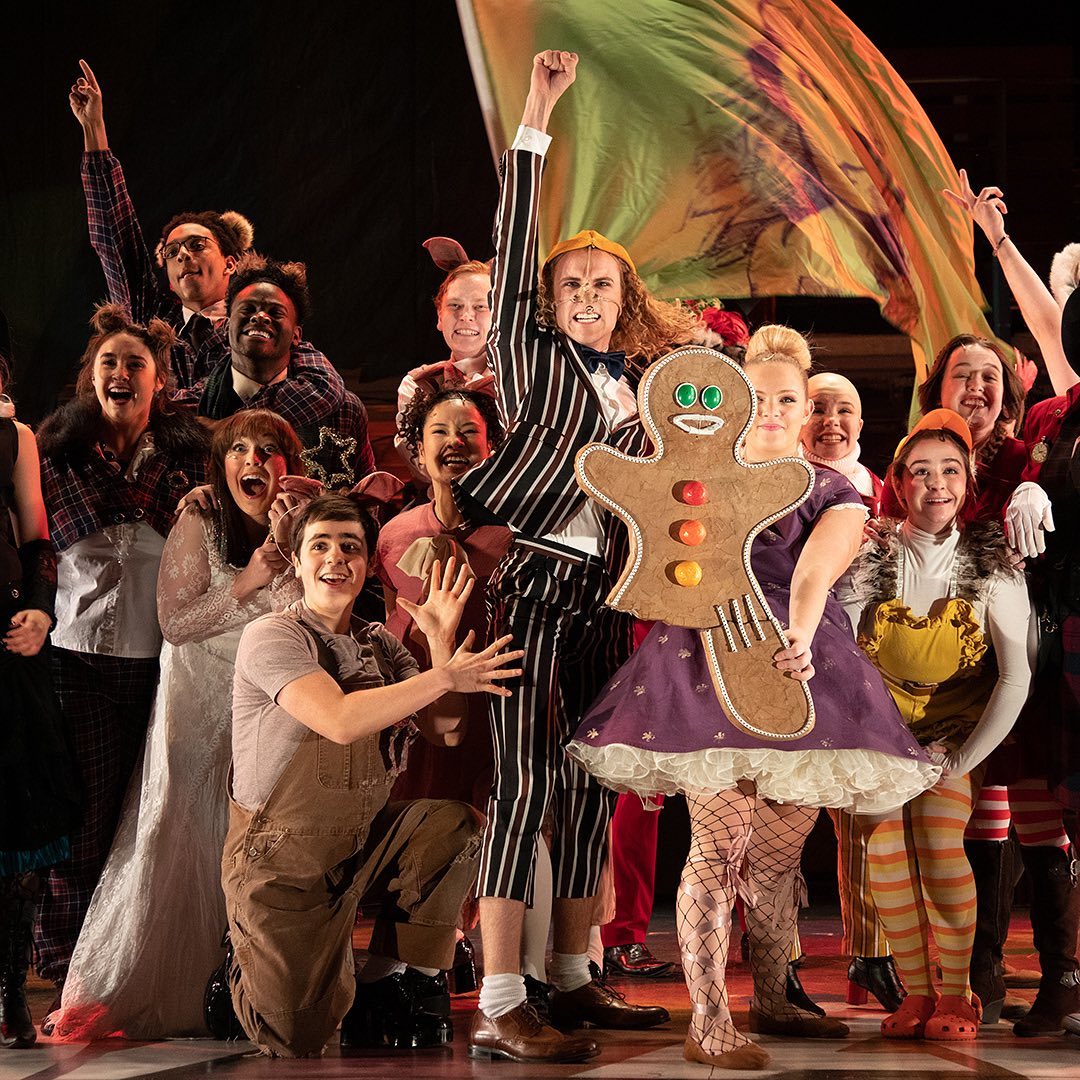 I have said it time and time again, college theatre in Boston is continuing to create some of the most experimental and thought-provoking productions we have in the city. Over the past few years, Boston Conservatory at Berklee now led under the direction of Scott Edmiston has produced some great work including Dirty Rotten Scoundrels and Catch Me If You Can. When the Conservatory released a statement announcing Shrek The Musical, saying, “Experience a radical reimagining of ‘the greatest fairy tale never told,’” I knew we would be in attendance.

Shrek The Musical opened on Broadway in 2008 to mixed reviews. Based on the hit 2001 DreamWorks film, as well as William Steig’s 1990 book, with a score by Jeanine Tesori and book/lyrics by David Lindsay-Abaire–the show has all the workings of a hit. Commercial producers went all in for the Broadway production with a reported cost of over $24 million. Their goal was to have the show resemble the popular movie franchise as closely as possible to appeal to the masses of the New York theatre market. Director Laura Marie Duncan took her production here in a very different direction. We are seeing this being done more and more in mainstream theatre–look at the new Oklahoma! and Ivo van Hove’s upcoming West Side Story which is looking to be a radical change. This stripped-down Shrek looks at the darker side of the story using a minimal set, costumes, lighting, and puppetry.

No stranger to Boston theatre, Laura Marie Duncan provided a breathtaking performance as Helen in SpeakEasy’s production of Fun Home last season. I found this new adaptation breathed new life into a wildly conservative show. Shrek is such an iconic property in the hearts and minds of almost all who grew up with the movies that a drastic change is not what I would expect. With the help of her cast and brilliant team, I found this new production to be quite successful.

One of the most exciting parts of watching a performance at Boston Conservatory is taking in all the talent coming off that stage and watching their careers grow over time. Taking on the titular role is Sage Jepson with fervor of passion while adding nods to the original character. Thomas Purvis who recently appeared in SpeakEasy’s Choir Boy earlier this season (see here), played Donkey with sincerity and charm. His first number “Don’t Let Me Go” really sets the tone for his character that was iconically created by Eddie Murphy in the film. The standout of the evening for me was Kelsey MacDonald as Princess Fiona. Her sheer vocal talent is unmatched, add on her superb dancing and acting skills–hey Broadway, watch out for this one.  She commands the stage and her tenacity creates a fully dimensional Fiona. Bailey Forman provides a fresh look as Lord Farquaad whose Duloc is now a luscious golf-sporting, country club. Christina Jones brought down the house as the Dragon with her song “Forever” towards the end of Act I. I would be remiss if I didn’t mention Brittany Smithson as Gingy/Sugar Plum Fairy whose voice is one of the greatest I have heard on a college stage in quite a long time.

Cristina Todesco continues to be one of my favorite scenic designers in Boston and her colorful, yet haunting set has set the tone for the entire piece. Eric Stern leads a 24-piece orchestra that vividly brings Tesori’s music to life. Props to costume designer Lara De Bruijn whose inventive designs help to beautifully weave the story together.

I always admire when artists take a risk and this production would certainly fall in the realm of that. To creators out there, continue this work and take a chance! To Boston Conservatory, brava.

'Shrek The Musical' played its final performance on November 17, 2019.

*This article was originally published on Theatre Talk Boston.