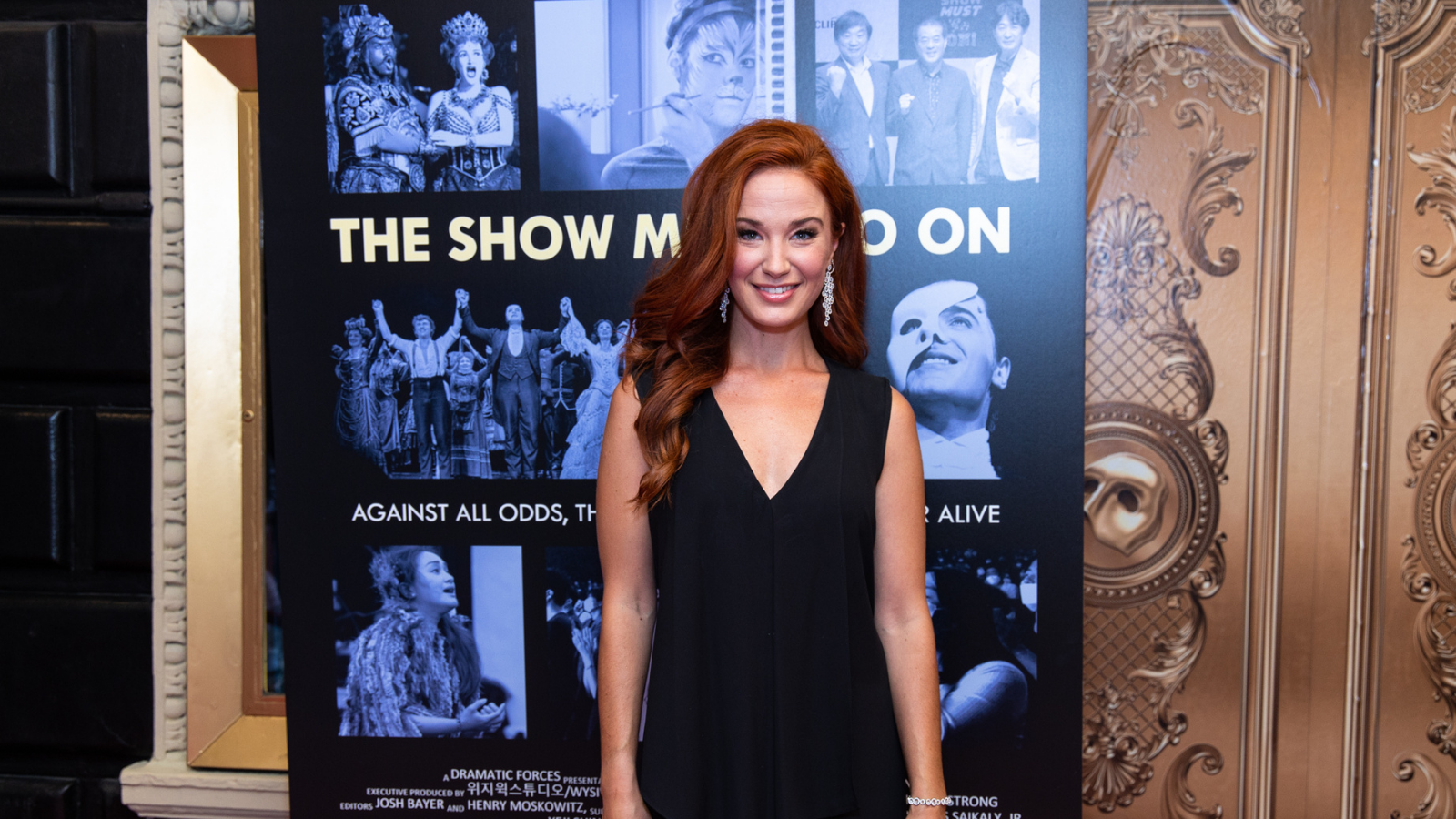 Sierra Boggess on the Red Carpet of THE SHOW MUST GO ON Premiere | Photo: Rebecca J. Michelson for Theatrely
By
Kobi Kassal
No items found.
on
Category:
Features

On Monday evening, the Majestic Theatre opened its doors for the first time since March 12, 2020 for the premiere of The Show Must Go On, a new documentary co-directed and co-produced by Sammi Cannold and Dori Berinstein.

In the wake of the global pandemic, The Show Must Go On chronicles the race against time to save live theater and focuses in on some of the theater makers determined to win it. In March of 2020 and for the first time in history, the performing arts were decimated worldwide when theater shut down indefinitely in every country except one: South Korea. From the frontlines in Seoul, this film follows a company of artists involved in two theatrical productions-–the World Tour of The Phantom of The Opera and the South Korean Tour of Cats—two of the productions that pushed ahead safely during the pandemic and helped show the way forward. And a continent away in the UK, the film simultaneously follows Andrew Lloyd Webber, composer of Cats and The Phantom of the Opera among much else, as he uses the example set by his Korean colleagues to fight for theater’s future on the West End and beyond. The Show Must Go On chronicles the survival of the performing arts and the worldwide resuscitation of an artform with the fate of a global industry at stake. But more importantly, the film tells a human story – one of the resilience of storytellers and their determination to come together to heal, create, and inspire

See the stars arrive on the red carpet below and catch The Show Must Go On on Broadway On Demand through August 11 at 6:30pm, all to benefit The Actors Fund.

All around, a wonderful night in New York City.