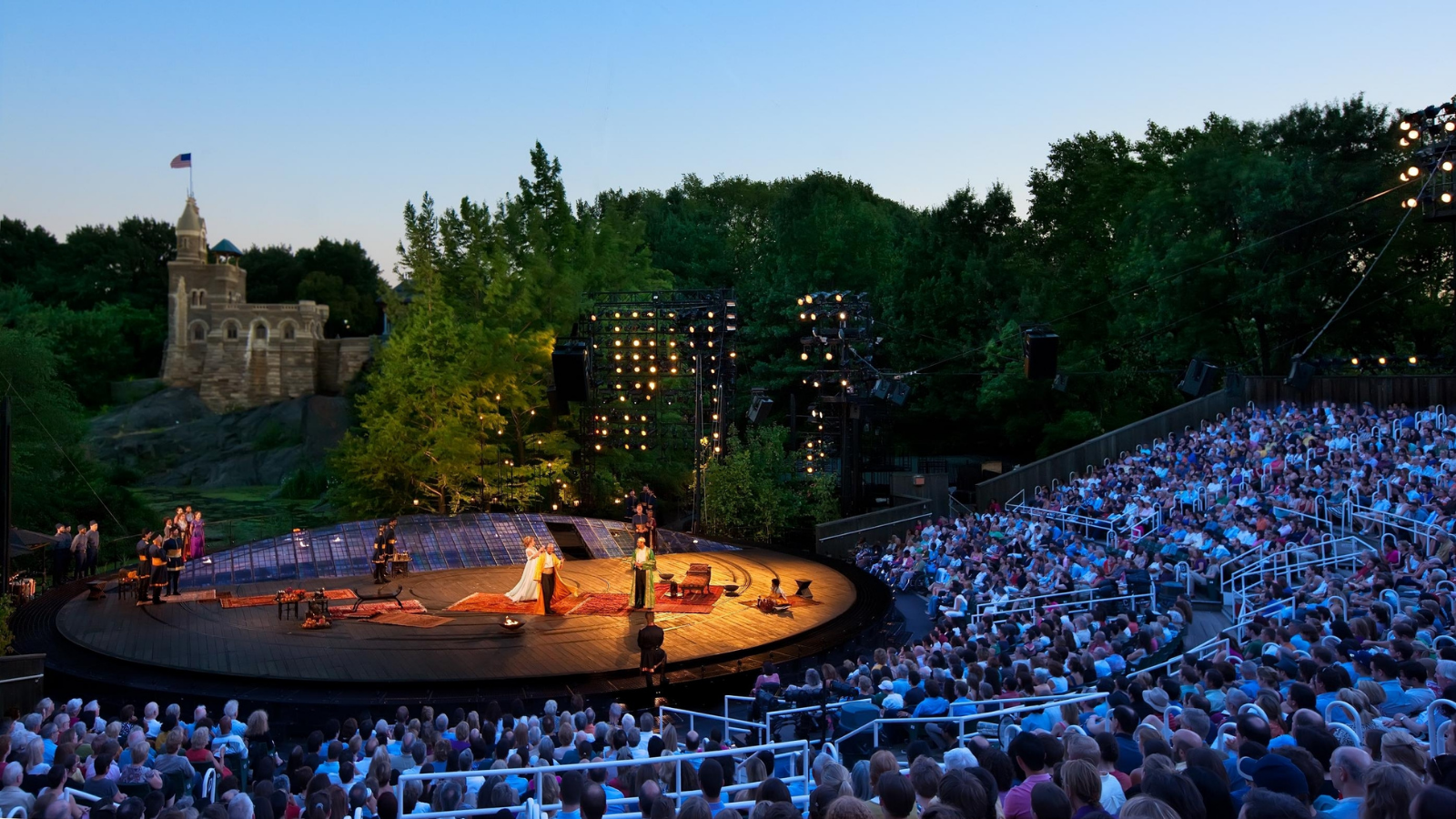 What do Jim Carrey, Steve Carell, and The Public Theater’s Shakespeare In The Park all have in common? They all turn 60 this year!

Since 1962, over six million people have enjoyed over 150 free productions of Shakespeare and other classical works at the bellowed Delacorte Theater. This upcoming summer, to celebrate its landmark 60th season, Tony nominee Robert O’Hara will mount Richard III starring Danai Gurira in the titular role.

Following that, we will see a return of the free Public Works musical adaptation of As You Like It, which was originally scheduled for the 2020 season but delayed due to the pandemic. Adapted by Shaina Taub and Laurie Woolery, the production features original choreography by Sonya Tayeh. Darius de Haas, Joel Perez, and Taub will all reprise their role from the original 2017 production.

“After last summer's glorious and joyous Merry Wives, this year, we are finally returning to a full slate of shows in the Park, and the artists and shows will be thrilling,” said Artistic Director Oskar Eustis. “Robert O'Hara has been a member of The Public's family for 20 years, as director and as playwright. One of our greatest and most exciting directors, he will be creating a Richard III unlike any you have seen before. Our dearly beloved Danai Gurira will be giving us her version of this extraordinary character. Shakespeare's Richard created the model for politics as an extension of show business—with devastating results. As always, Shakespeare seems to be speaking directly into our contemporary dreams and nightmares.”

Production dates, performance schedules, and complete casting for both productions will be announced at a later date.