SHHHH Makes Us Listen, But To What? — Review 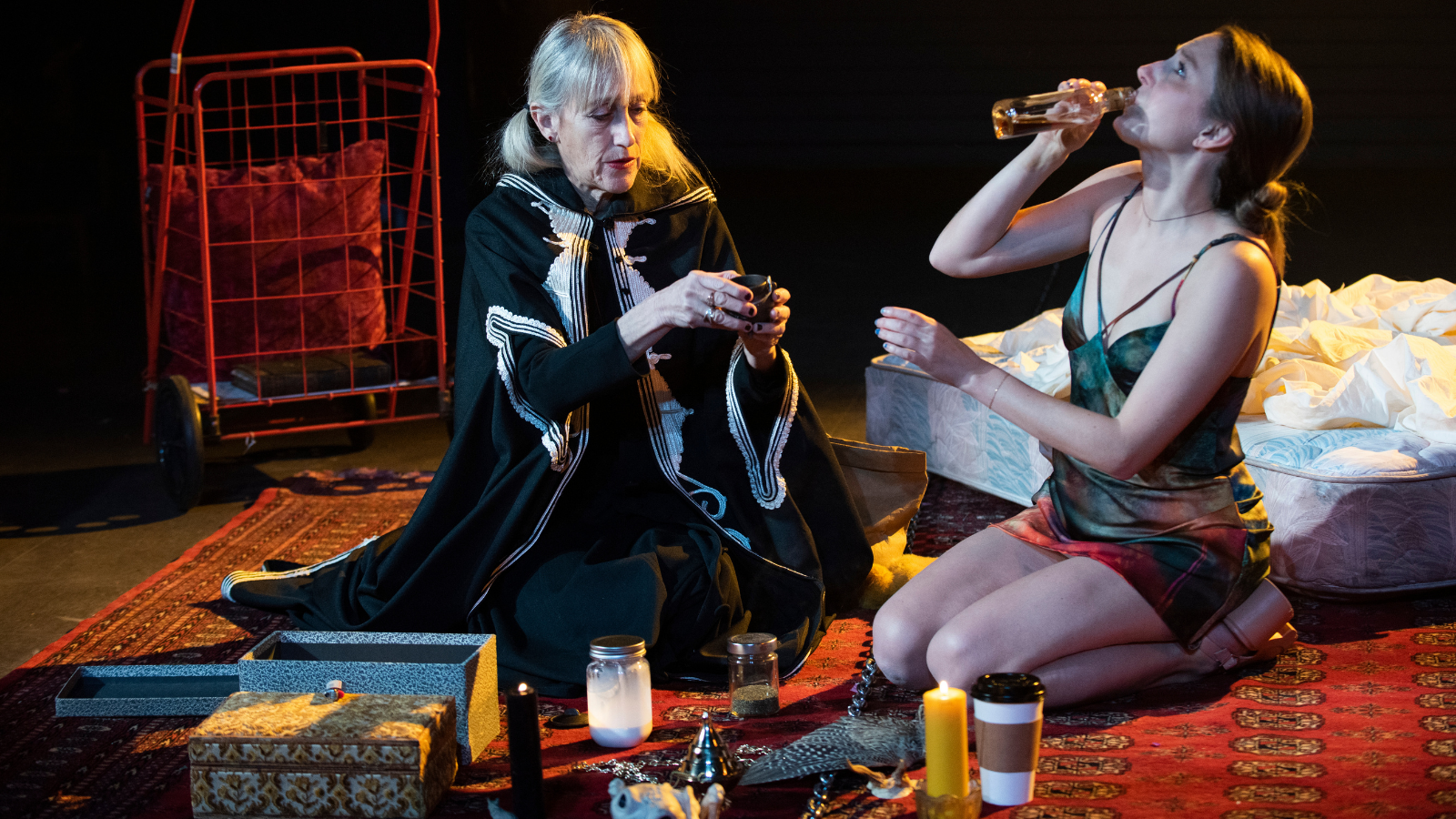 Shhhh, Clare Barron’s new play now in performance at Atlantic Stage 2, is a work of great intimacy and even greater ambitions. A loosely structured meditation on consent and submission, it raises more themes than it can properly cover, but suggests them cleverly and baldly enough to leave an impression.

Arnulfo Maldonado’s set is perhaps the most inviting you’ll encounter this season, looking like the sexy salon featured in John Cameron Mitchell’s Shortbus (conveniently playing a few blocks down from the theatre), if it was fraught with darkness. That conversation between come-hither and the threat of danger runs through the production, which is directed by Barron herself.

She also plays Shareen, a woman whose relationship to sex begins to fray after a questionable encounter with her somewhat-partner Kyle (Greg Keller). The play picks up shortly afterwards, and one of their conversations features a fascinating exchange which takes up the issue of whether weaponizing emotional reactions can be as violent as physical damage. Barron has too much on her mind, however, and the dialectic is dropped as we follow Shareen’s sister (Constance Shulman), billed as Witchy Witch, who is somewhat seeing Penny (Janice Amaya), an aloof millennial who says they feel most liberated during sex parties.

Witchy Witch opens the show with a hilarious spoof of ASMR podcasters and, as you lean in to hear every scratch and lip smack (Sinan Refik Zafar did the spot-on sound design), you are expertly brought into the voyeurism the play sets its sights on and draws from throughout, but doesn’t delve deeply enough into. The play’s most engaging scene has Shareen listening in on a conversation between two young women (Annie Fang and Ninna Grollman) who are discussing the almost-absentminded commonality of feeling violated during sexual encounters. The two actors are fiery in their delivery, and the talk itself is more fleshed out than the myriad other chats had in the play, mostly revolving around body fluids, flailing limbs, and other viscerally engaging topics.

Barron wants to make us uncomfortable by any means necessary and, at this, she succeeds. But the themes at play seem too close to her heart, and too far from an editor’s exacting eye, to land most of its many themes. It’s extremely personal, often brilliant, and always unforgiving in its intimacy and, though its subjects might not be easily resolved, the play wanders through the panoply of sexual neuroses, practices, traumas, and preferences it engages without a steady enough roadmap.

Shhhh is in performance through February 20, 2022 at Atlantic Stage 2 on West 16th Street in New York City. For tickets and more information, visit here.