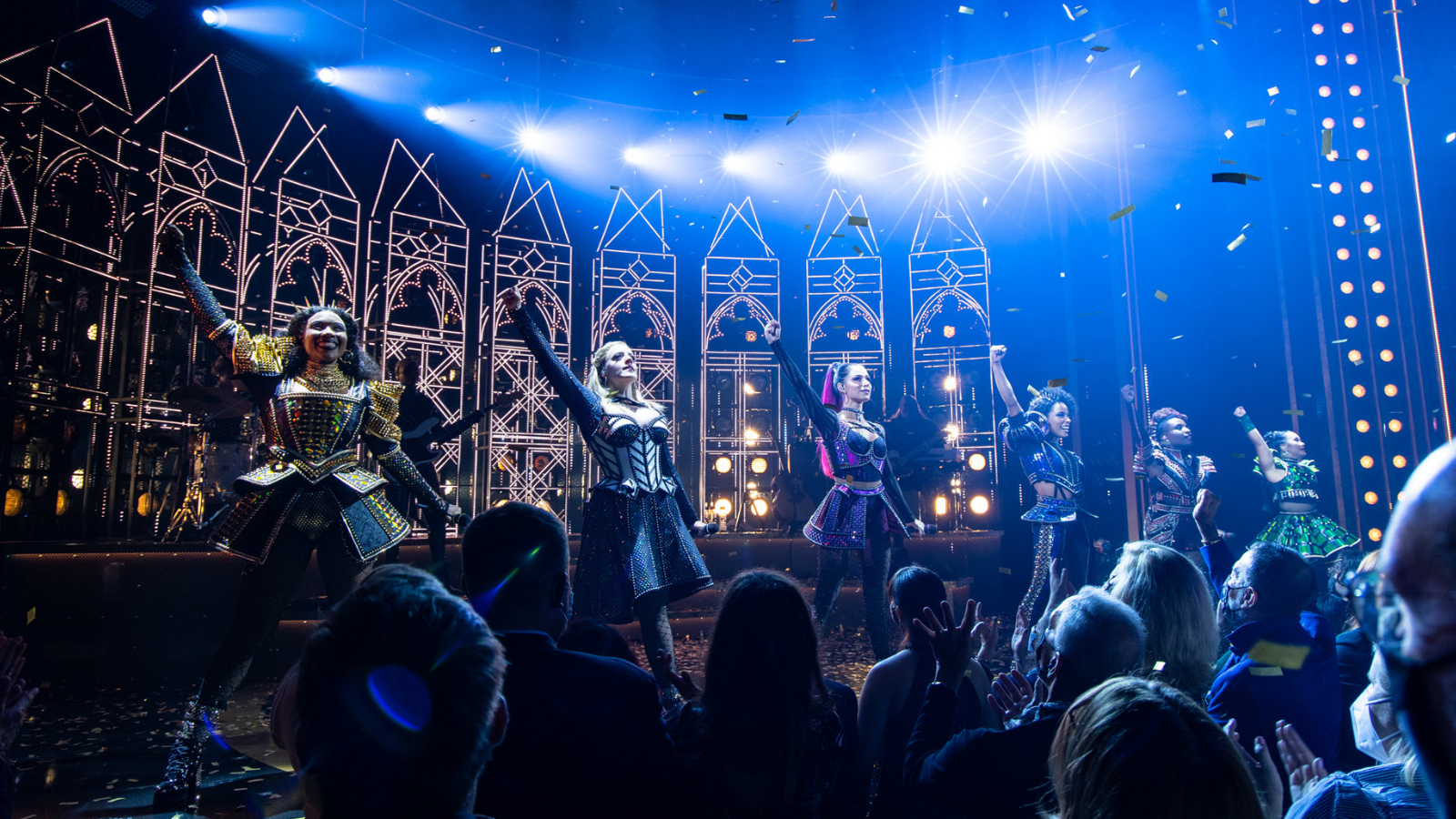 The Queens of Six take their first bow since reopening on Broadway | Photo: Rebecca J Michelson/Theatrely
By
Kobi Kassal
No items found.
on
Category:
Features

There was an electric feeling in the air at the Brooks Atkinson Theatre last night where Six The Musical started performances on Broadway once again. From writers Lucy Moss and Toby Marlow, the Queens are back bringing their “Divorced Beheaded Live Tour” to 47th Street right here in New York City.

From Tudor Queens to Pop Princesses, in SIX the wives of Henry VIII take the mic to reclaim their identities out of the shadow of their infamous spouse—remixing five hundred years of historical heartbreak into a celebration of 21st century girl power. The female cast is backed by an all-female band, the “Ladies in Waiting.”

Take a look at their long-awaited return to the Great White Way.