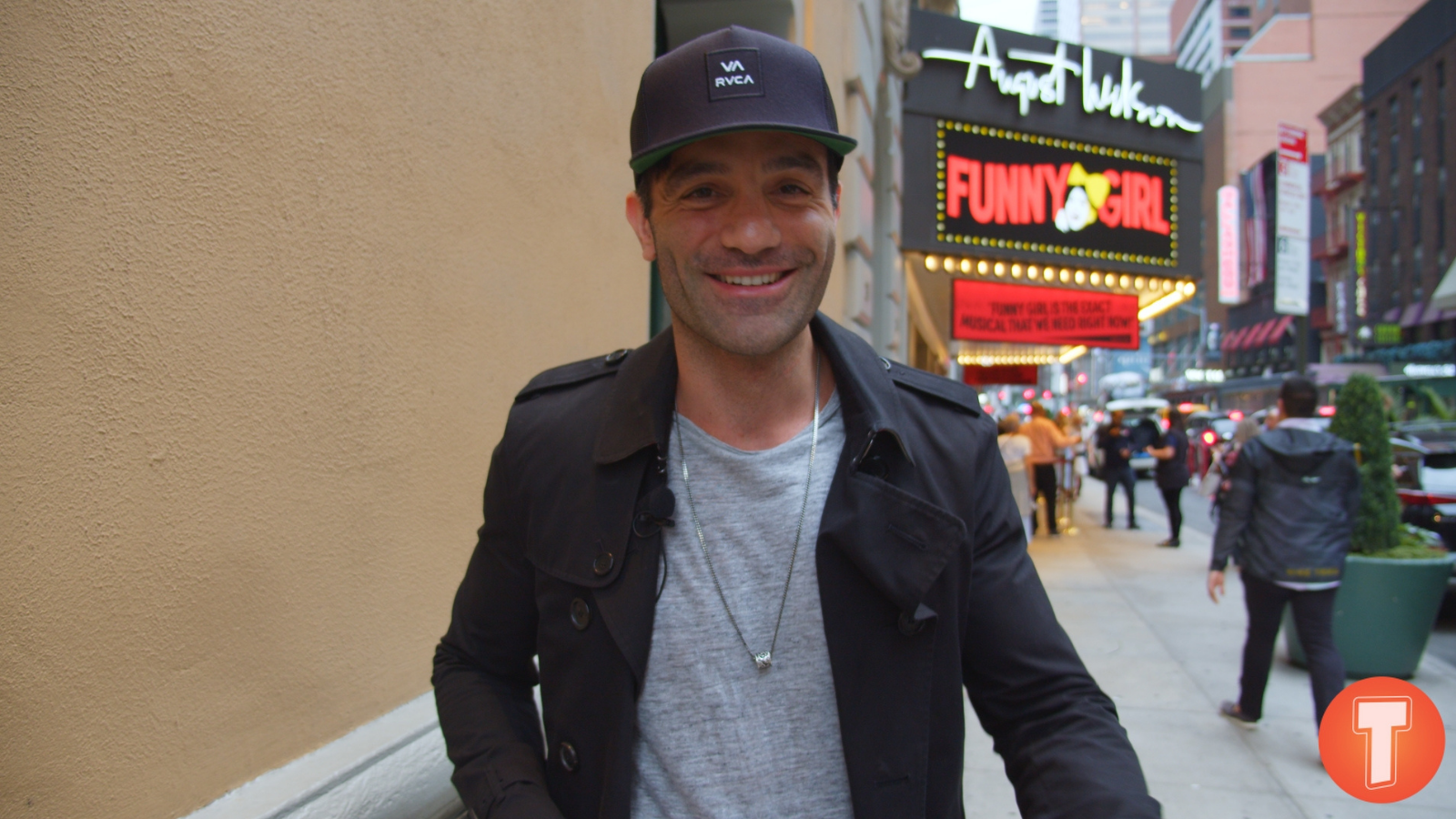 Hey, Mr. Arnstein! We met up with Ramin Karimloo at the stage door of the August Wilson Theatre to chat . The star is currently playing Nick Arnstein, the second husband of Fanny Brice, in the first-ever Broadway revival of Funny Girl.

Karimloo made his Broadway debut in 2014 with his Tony-nominated performance as Jean Valjean in the revival of Les Misérables. He followed that up by playing Gleb in Anastasia and has become a household name thanks to his numerous West End/international stage credits (including The Phantom of the Opera), two personal albums, and, let’s be real: stunning physique.

Check out Ramin in Theatrely’s video series, Stage Door Speed Round, as he answers our questions below.

The musical features a revised book by Harvey Feirstein, based on the book by Isobel Lennart, to complement the score by composer Jule Styne and lyricist Bob Merrill. For the uninitiated, Funny Girl follows the life and career of Fanny Brice, a comedienne and performer who faced constant uphill battles as she became a bona fide star in the first half of the 20th century.