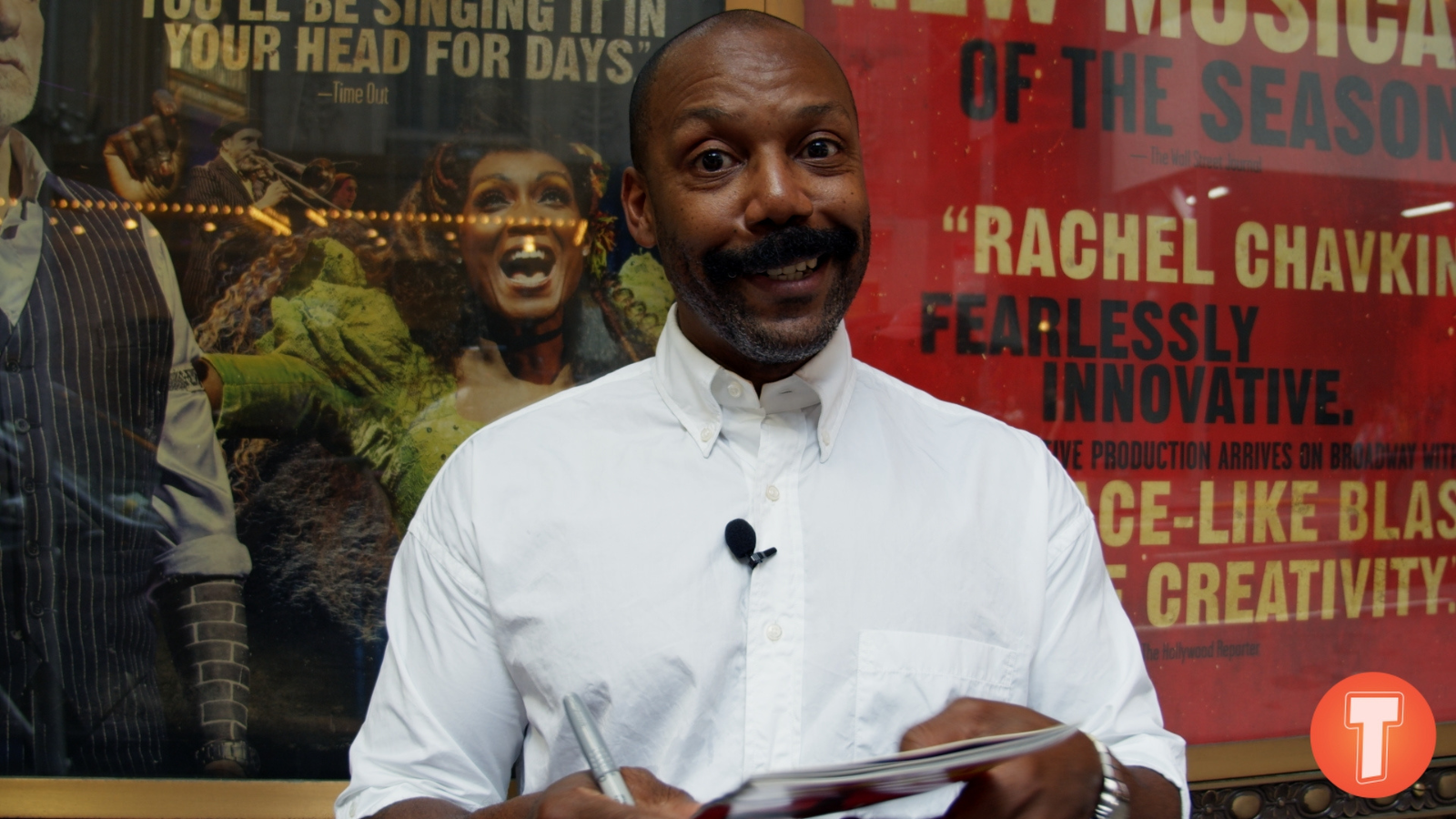 The man with feathers on his feet! Theatrely was recently at the Walter Kerr Theatre, home of hit musical Hadestown, where T. Oliver Reid became the latest Broadway star to take on our rapid-fire quiz, the Stage Door Speed Round.

Reid is currently playing the role of Hermes in the Tony-winning musical, a part he took over just a few months ago from stage and screen legend André De Shields! Hadestown marks Reid’s 13th (!!!) Broadway credit, having previously appeared in Thoroughly Modern Millie, Mary Poppins, Once on This Island, the long-running revival of Chicago, and more!

An original Broadway cast member of Hadestown, he served as a swing, understudy, and dance captain when the show opened in 2019. Reid stepped into the role of Hermes on June 14, 2022. He also made headlines back in March when he went on as one of the Fates, a role he doesn’t usually cover, after too many cast members were out of the show with COVID-19.

Watch’s T’s episode of Stage Door Speed Round below to hear his thoughts on Hadestown, the food options in Midtown, his musical theatre tastes, and more.

The musical, which adapts the story of Orpheus and Euridyce among other Greek myths, features a score by Anaïs Mitchell. Rachel Chavkin co-developed and directed the piece, with choreography by David Neumann, set design by Rachel Hauck, costume design by Michael Krass, and lighting design by Bradley King. Sound design is by Nevin Steinberg and Jessica Paz, with musical direction and vocal arrangements by Liam Robinson, arrangements and orchestrations by Michael Chorney and Todd Sickafoose, and dramaturgy by Ken Cerniglia. Casting for the production is by Stewart/Whitley.