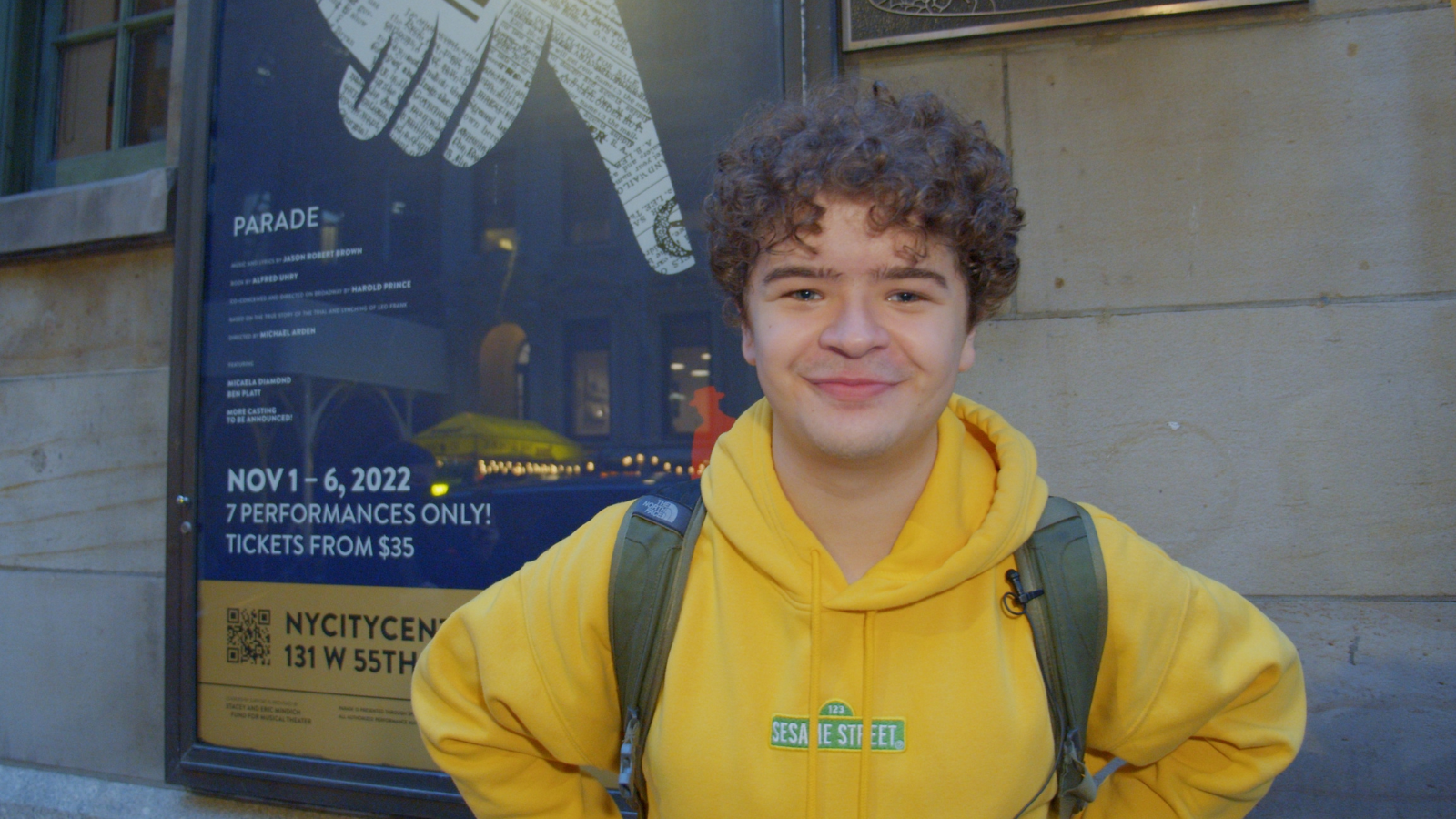 From the Upside Down to New York City Center, Gaten Matarazzo has traveled far and wide for his fans. Thankfully, Theatrely was able to catch him outside the famed Midtown theatre while the Broadway alum was starring as Frankie Epps in Parade for a limited time.

The musical, running through November 6, follows the true-life story of Leo Frank and his wife Lucille in the lead-up to and aftermath of a murder trial in which Leo, a Jewish man who works as a pencil factory manager in Georgia, is accused of killing a 13-year old girl.

Michael Arden directs the production, incorporating the true-crime courtroom drama aspects of the show by using trial photography and projections. Composer-lyricist Jason Robert Brown conducts an orchestra of 24 on stage.

‍Parade first opened on Broadway in December 1998 and won the Tony Awards for Best Original Score for Brown and Best Book of a Musical for Alfred Uhry. It was last seen in NYC at Lincoln Center Theater in 2015.