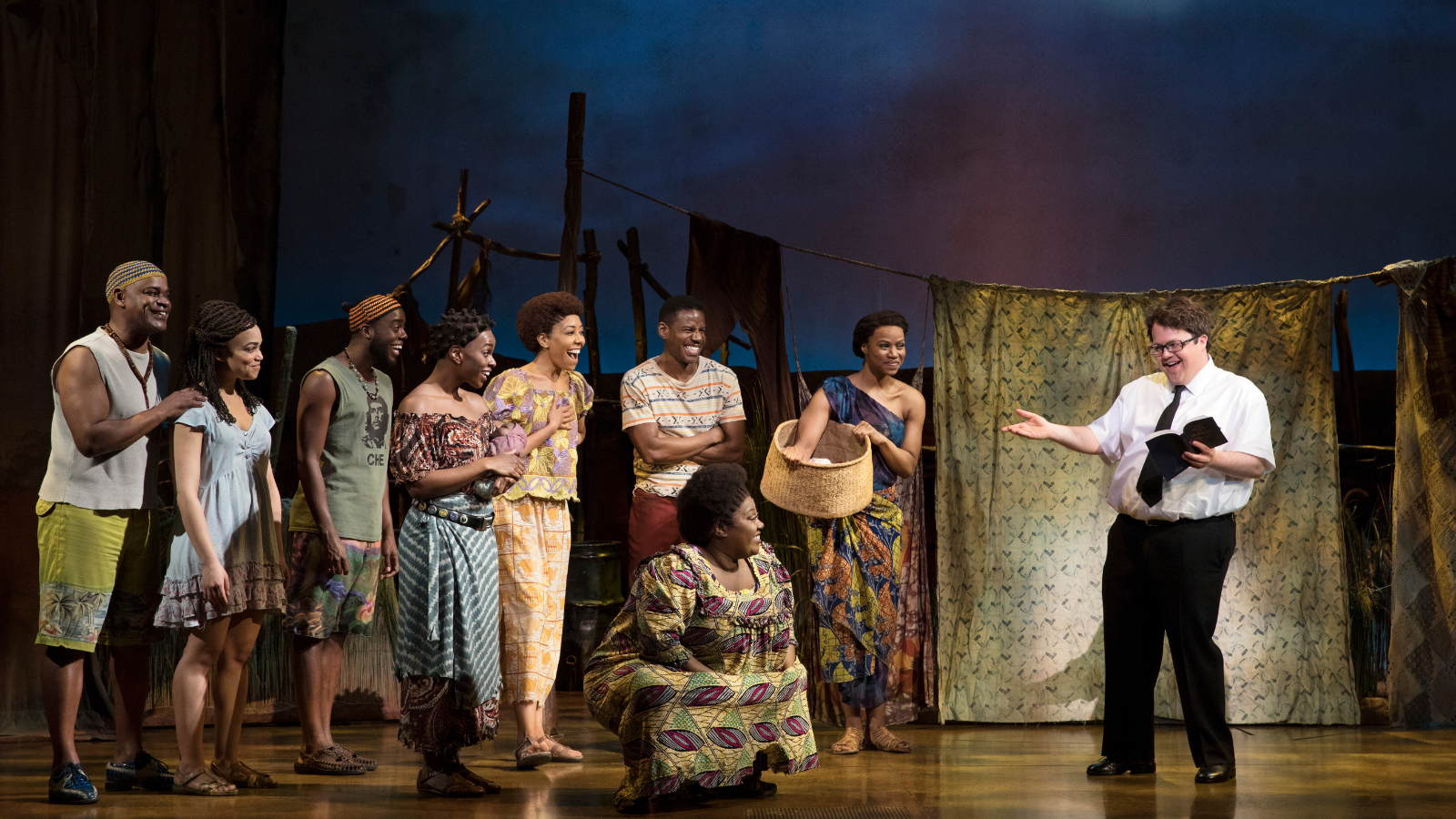 Sterling Jarvis as Mafala Hatimbi and Kim Exum as Nabulungi, far left, Cody Jamison Strand as Elder Cunningham, far right and company in "The Book of Mormon"
By
Kobi Kassal
No items found.
on
Category:
News

What has been scarier? The past 15 months or your “Spooky Mormon Hell Dream”?!?

It was announced today that The Book of Mormon, which took home 11 Tony Awards including Best Musical, will return to the Eugene O’Neill Theatre on Friday, November 5, 2021. Tickets will go on sale to the public beginning June 28 via SeatGeek.

“When Broadway shut down, so many amazing and talented people were put out of work, many of whom had become family to us. As writers and as fans we are so ready for the “Great Broadway Comeback” and are so glad that our show can be a part of it. Can’t wait to be back with the entire team and our wonderful cast, crew, and orchestra,” said authors Trey Parker, Matt Stone, and Robert Lopez.

The Book of Mormon has been running in New York since March of 2011, with a book, music and lyrics by Trey Parker, Robert Lopez, and Matt Stone. It is choreographed by Casey Nicholaw and directed by Nicholaw and Parker.

The production is set to resume performances on the West End in November as well at London’s Prince of Wales Theatre.

Casting for Broadway, West End, and the UK tour will be announced in the coming weeks.