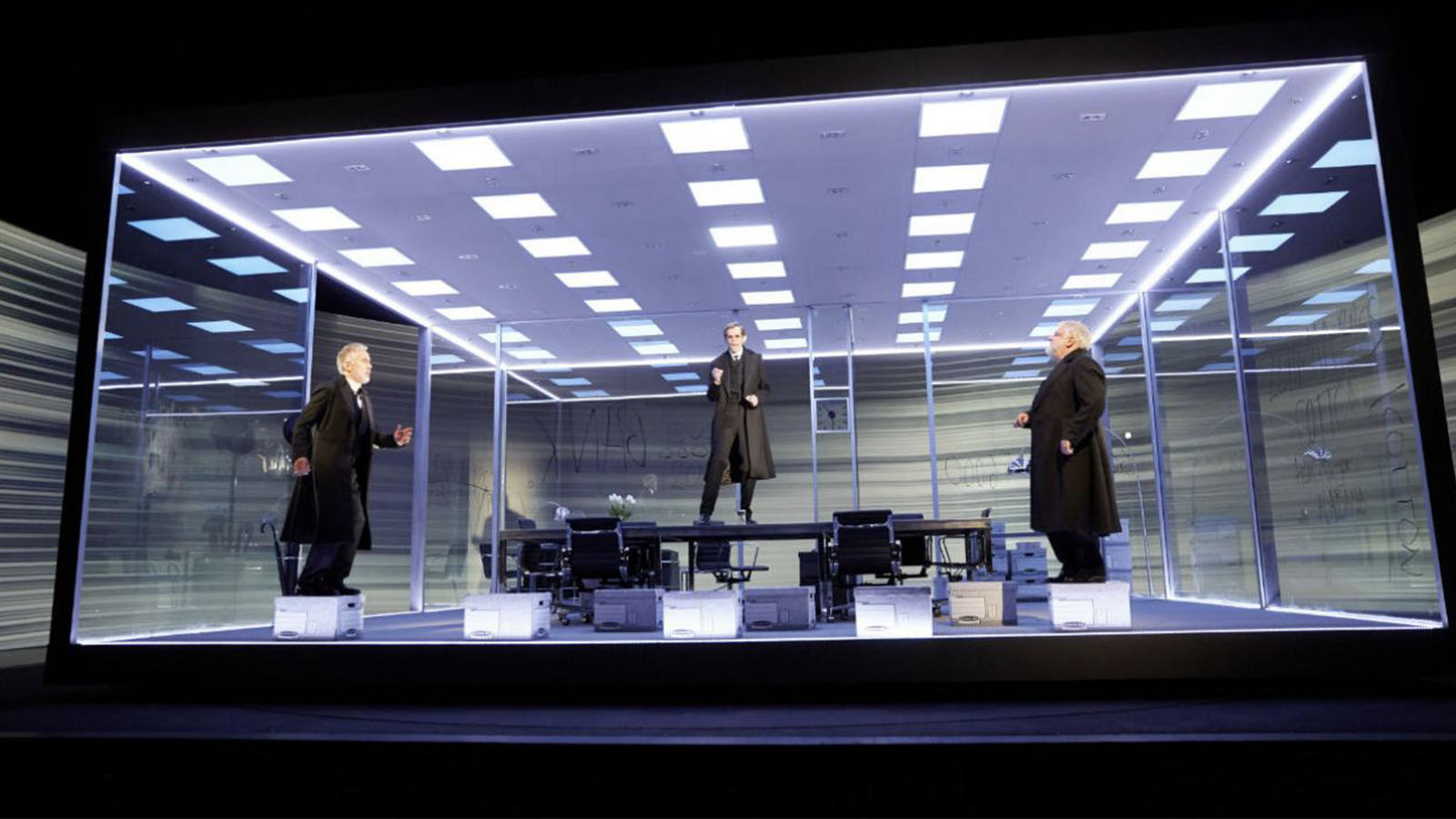 The National Theatre and Neal Street Productions announced today that the highly-acclaimed, five-time Olivier Award nominated epic play, The Lehman Trilogy, is set to resume performances on Broadway on Saturday, September 25, with an opening night set for Thursday, October 14 at the Nederlander Theatre. The Lehman Trilogy, by Stefano Massini and adapted by Ben Power, comes to Broadway after the smash-hit, sold-out runs at London’s National Theatre and New York’s Park Avenue Armory, as well as a by-popular-demand sold out engagement in London’s West End. Directed by Academy Award and Tony Award winner Sam Mendes, The Lehman Trilogy will star returning original company members Simon Russell Beale and Adam Godley, with Adrian Lester joining the cast and making his Broadway debut.

Weaving together nearly two centuries of family history, this epic theatrical event charts the humble beginnings, outrageous successes, and devastating failure of the financial institution that would ultimately bring the global economy to its knees. The Lehman Trilogy, is a story of western capitalism, rendered through the lens of a single immigrant family. Simon Russell Beale and Adam Godley reprise their critically acclaimed portrayals of the Lehman brothers, their sons, and grandsons, told in three parts presented as one evening, and the company welcomes the heralded Adrian Lester for this special Broadway engagement in his Broadway debut.

Sam Mendes said, "It couldn’t be more perfect that Adrian Lester will be joining our production of The Lehman Trilogy on Broadway. He was the first person I offered the role to, way back when we first mounted the production in London at the National Theatre, so on some level it feels like destiny. His joining the company at this moment in time offers the perfect opportunity to reflect on the Lehman family history. Directing Adrian as Bobby in Stephen Sondheim’s Company 25 years ago was one of the true highlights of my career, and now I’m utterly delighted to be able to continue that relationship with this, his Broadway debut.

In a statement, Adrian Lester commented, "This will be the second time I’ve worked with Sam after Company and though I have played New York before, this will be my first time on Broadway. Years after Sam and I first discussed my involvement in this incredible project, I am now so pleased the ups and downs of actors’ availabilities has finally offered me the chance to be a part of this fantastic production. The Lehman Trilogy asks a lot of the three actors. I’m very excited and really looking forward to starting rehearsals."

The Lehman Trilogy and The Nederlander Theatre will follow New York State, New York City and CDC guidelines to ensure the safety of all actors, production staff, theatre employees, and audience members. As public health conditions and the State's guidance for performing arts and live entertainment changes, the theatre will remain flexible and adapt to applicable health protocols, such as face coverings, health screening, enhanced air filtration and ventilation, and rigorous cleaning and disinfection.