The Public Theater Extends Shakespeare In the Park MERRY WIVES 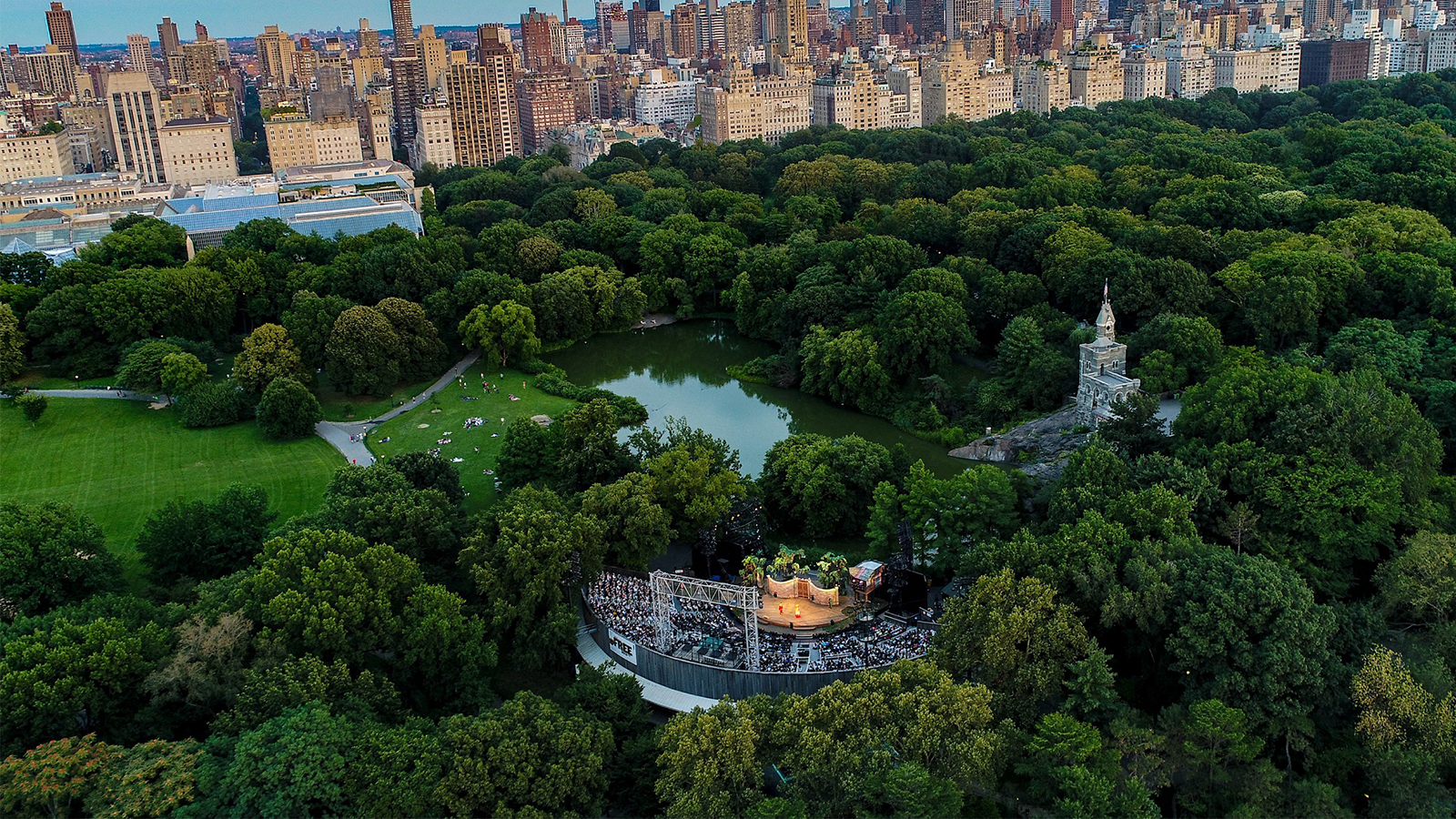 The Public Theater announced today that Free Shakespeare in the Park will return this summer with the delightful comedy MERRY WIVES, adapted by award-winning Jocelyn Bioh and directed by Associate Artistic Director and Resident Director Saheem Ali. Continuing a 59-year tradition of free theater in Central Park that was interrupted for the first time ever in 2020 due to the coronavirus pandemic, this fresh and joyous adaptation of Shakespeare’s Merry Wives of Windsor will invite the City to return and share in the celebration of Black joy and being together in community at The Delacorte Theater.

“The New York theater is opening again at long last, and it belongs to everyone. Free Shakespeare in the Park is the most democratic of civic spaces, and for The Delacorte to launch the re-opening of New York’s theater is a beautiful reminder of all the hopes we have for our city’s future,” said Artistic Director Oskar Eustis. “Merry Wives of Windsor is Shakespeare's most purely light-hearted play; its comic targets are men’s vanity, jealousy, and self-absorption, its heroines are women of wit, strength, and power. Our production is set in contemporary South Harlem among the African diasporic community in New York, and that's not an accident. We are returning with a celebration of our immigrant communities of color and our certainty that Shakespeare can belong to all people, no matter who you are. We are back. New York is back. Come to Central Park to celebrate!”

Set in South Harlem, amidst a vibrant and eclectic community of West African immigrants, MERRY WIVES is a New York story about tricks of the heart, performed in the heart of the City—Central Park’s magical Delacorte Theater. A raucous spinoff featuring the Bard’s most beloved comic characters, this hilarious farce tells the story of the trickster Falstaff and the wily wives who outwit him in a new celebration of Black joy, laughter, and vitality.

Tickets to MERRY WIVES are free, continuing The Public Theater’s long-standing tradition of free programming and community engagement. This year, free tickets will be distributed, two per person, entirely via an advanced digital lottery hosted by new partner Goldstar. The lottery will accept entries through the Goldstar app and website each Tuesday and Friday, until 12pm ET, one week prior to the next week’s scheduled performances. The lottery will begin accepting entries on Tuesday, June 29 for the Tuesday, July 6 and Wednesday, July 7 performances, and then again on Friday July 2 for performances July 8 through July 10, and continue each Tuesday for Monday-Wednesday performances and Friday for Thursday-Saturday performances thereafter.