THE SHOW MUST GO ON! LIVE AT THE PALACE THEATRE Set for Worldwide Broadcast on June 6 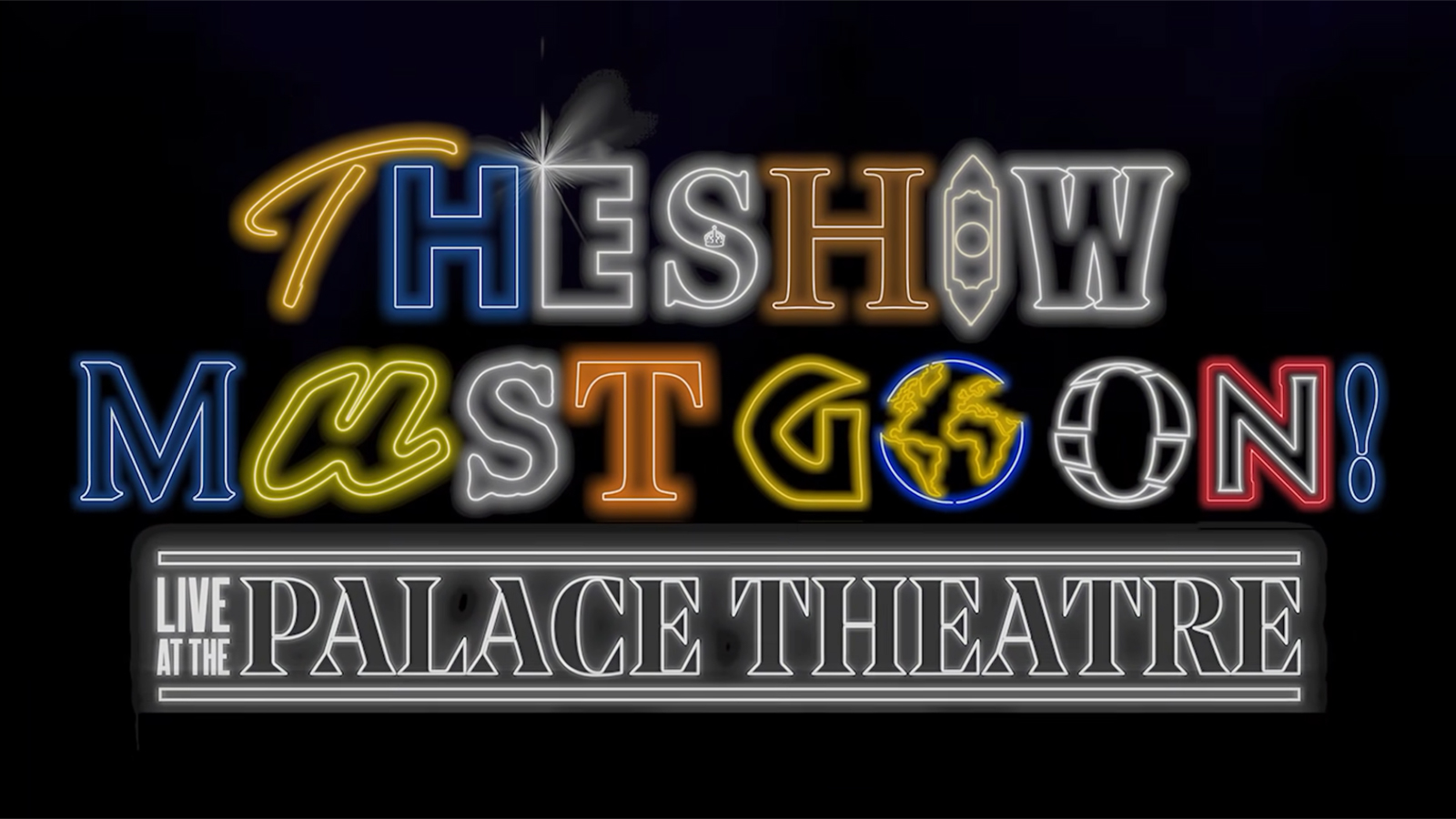 The Theatre Support Fund+ are delighted to announce that due to phenomenal public demand, the final performance of the sold-out run of THE SHOW MUST GO ON! LIVE AT THE PALACE THEATRE will now be streamed as a live broadcast on Sunday June 6 at 7pm BST / 11am PT / 2pm ET.

Theatre fans will be given further opportunity to enjoy the show in its entirety as it is made available to watch on ‘The Shows Must Go On!’ YouTube channel for the seven days following the broadcast.

Presented by National Theatre Live, the world’s most iconic musicals return to the West End stage with a stunning concert performance that audiences can watch from the comfort of their homes for free; exclusively via the hugely popular 'The Shows Must Go On!' YouTube channel: youtube.com/theshowsmustgoon.

THE SHOW MUST GO ON LIVE AT THE PALACE THEATRE is set to be the biggest celebration of musical theatre this year with 18 of the biggest musicals in London West End all performing! Including Tina - The Tina Turner Musical, Dear Evan Hansen, Everybody’s Talking About Jamie, SIX, Hamilton, The Book of Mormon, Wicked, Royal Shakespeare Company’s Matilda The Musical, & Juliet, Les Misérables, Disney’s The Lion King, The Prince of Egypt, Come From Away, The Phantom Of The Opera, Mary Poppins, Mamma Mia!, Back to the Future The Musical and Pretty Woman The Musical along with a thrilling line-up of West End talent, a multi award winning creative team and the finest musicians in London.

The live broadcast is announced after a record breaking on-sale and follows an incredible year for The Theatre Support fund+, raising over £900,000 for theatre charities from their renowned ’The Show Must Go On!’ merchandise. All profits from the concert will go to Acting for Others and Phoebe Waller Bridge’s charity, Fleabag Support Fund. Audiences watching the broadcast can donate to Theatre Support Fund+ via the website, www.theatresupportfund.co.uk/donate or Text ‘THEATRE’ followed by the amount you want to donate to 70460.

Chris Marcus and Damien Stanton from Theatre  Support Fund+ said today, ‘We wanted to give audiences who missed out on tickets and theatre fans worldwide the opportunity to watch and be a part of this celebration of the West End, in this once in a lifetime concert! It’s been 15 months since many of these shows have performed and this is a great way to kick off the re-opening of the West End, with performances from so many fantastic names in our industry. Our ‘The Show Must Go On!’ campaign has been supported by people from 72 countries so we are delighted to be working with ‘The Shows Must Go On’ YouTube channel and NT Live on bringing this broadcast to people’s homes all over the world and want to thank them for everything they have done to make this all possible.' ‍

The concert will be hosted by musical theatre legends, Bonnie Langford (“9 to 5 the Musical”, “42nd Street”) and Trevor Dion Nicholas (“Hamilton”, “Aladdin”). Performances and casting include:

The concert will also include a brand-new opening number, written by West End musical writing duo Stiles & Drewe called ‘The Show Must Go On!’ which celebrates the  theatre industry in these current times.

THE SHOW MUST GO ON! LIVE AT THE PALACE THEATRE is produced by Chris Marcus & Damien Stanton for the Theatre Support Fund+ with Executive Producers, Jack Maple & Brian Zeilinger-Goode for MZG Theatre Productions.

All details for the concert can be found via the website www.theshowmustgoonlive.com and limited edition concert merchandise including a t-shirt, souvenir program and poster can be pre-ordered from www.theatresupportfund.co.uk.

For more theatre content or for information on The Shows Must Go On! YouTube channel visit: youtube.com/theshowsmustgoon