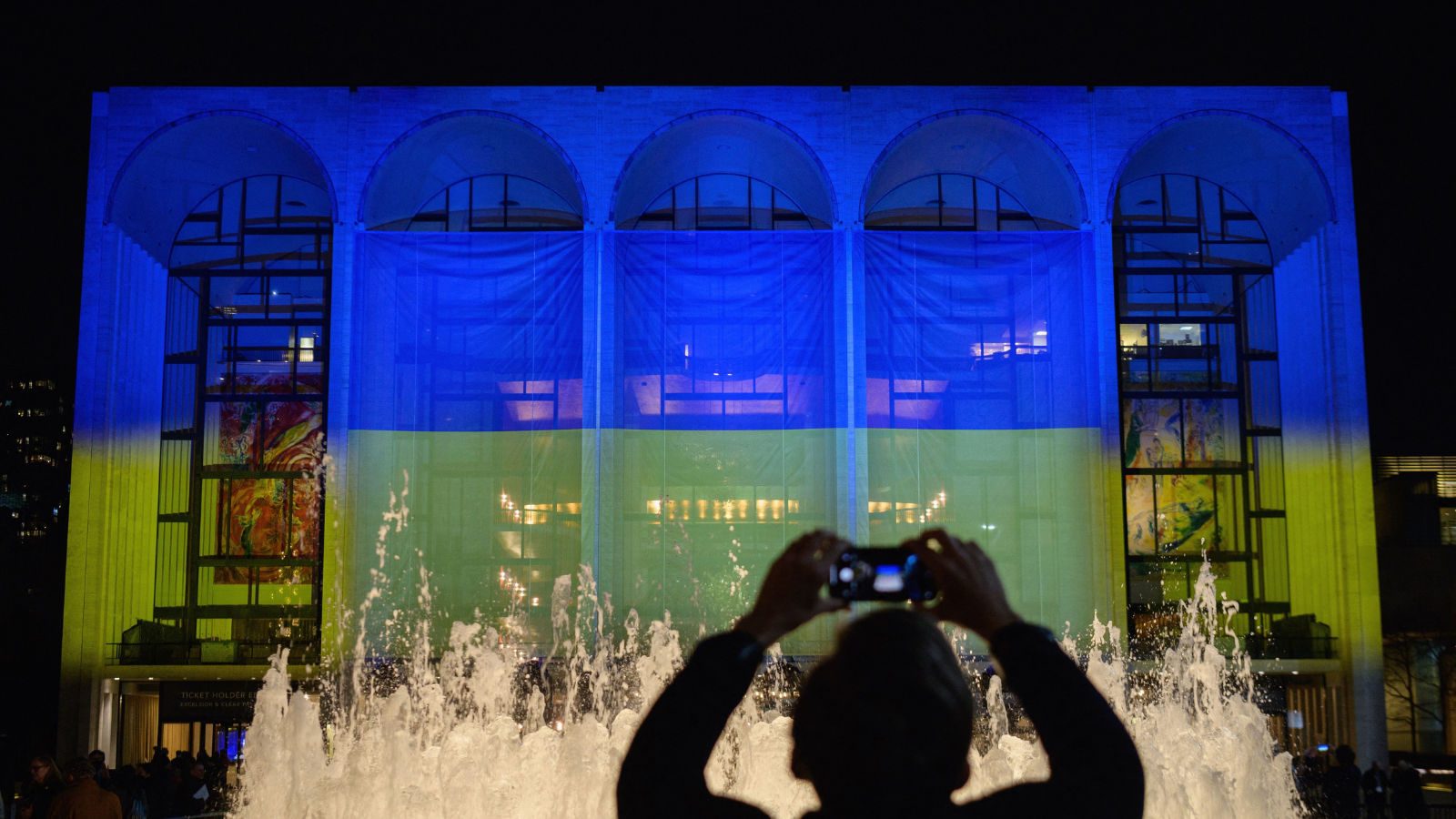 The Metropolitan Opera and the Ukrainian flag at Lincoln Center | Photo: Angela Weiss/Getty

As it tends to do in times of crisis, the theatre industry has banded together to support Ukraine and its citizens. Among those are a Broadway production and several performing arts institutions.

For context, the country was invaded by Russia on February 24, which has since devolved into a major crisis, with nearly 3 million Ukrainians fleeing the destruction to neighboring European countries. Many have remained behind to fight against Putin’s troops.

In the weeks since the conflict began, Ukraine president Volodymyr Zelensky has repeatedly called on the world to send aid to support the refugees, citizens trapped in their homeland, and those serving on the front lines.

Below, we highlight some of the work committed to the cause within the theatre sphere.

-The Drama League will take part in the Worldwide Readings Project for Ukraine March 19, beginning at 2 PM. Presented in-person and streaming via YouTube, the event offers readings of two contemporary Ukrainian plays, Return to Sender by Olga Braga and Labyrinth by Oleksandr Viter (translated by Tetiana Shilar). Donations to the Ukraine Crisis Fund are encouraged.

-AnomalousCo will present (Getting Beyond) Doomsday Scrolling, an evening of theatre, discussion, and activism March 19 at 7 PM in The Center at West Park in NYC. All proceeds from the benefit will go towards refugee assistance.

-The Metropolitan Opera hosted A Concert for Ukraine, featuring artists and music from the country, with 100 percent of ticket sales and donations going to support relief efforts.

-The Minutes has pledged to donate a portion of ticket sales to the Save the Children’s Ukraine Crisis Relief Fund.