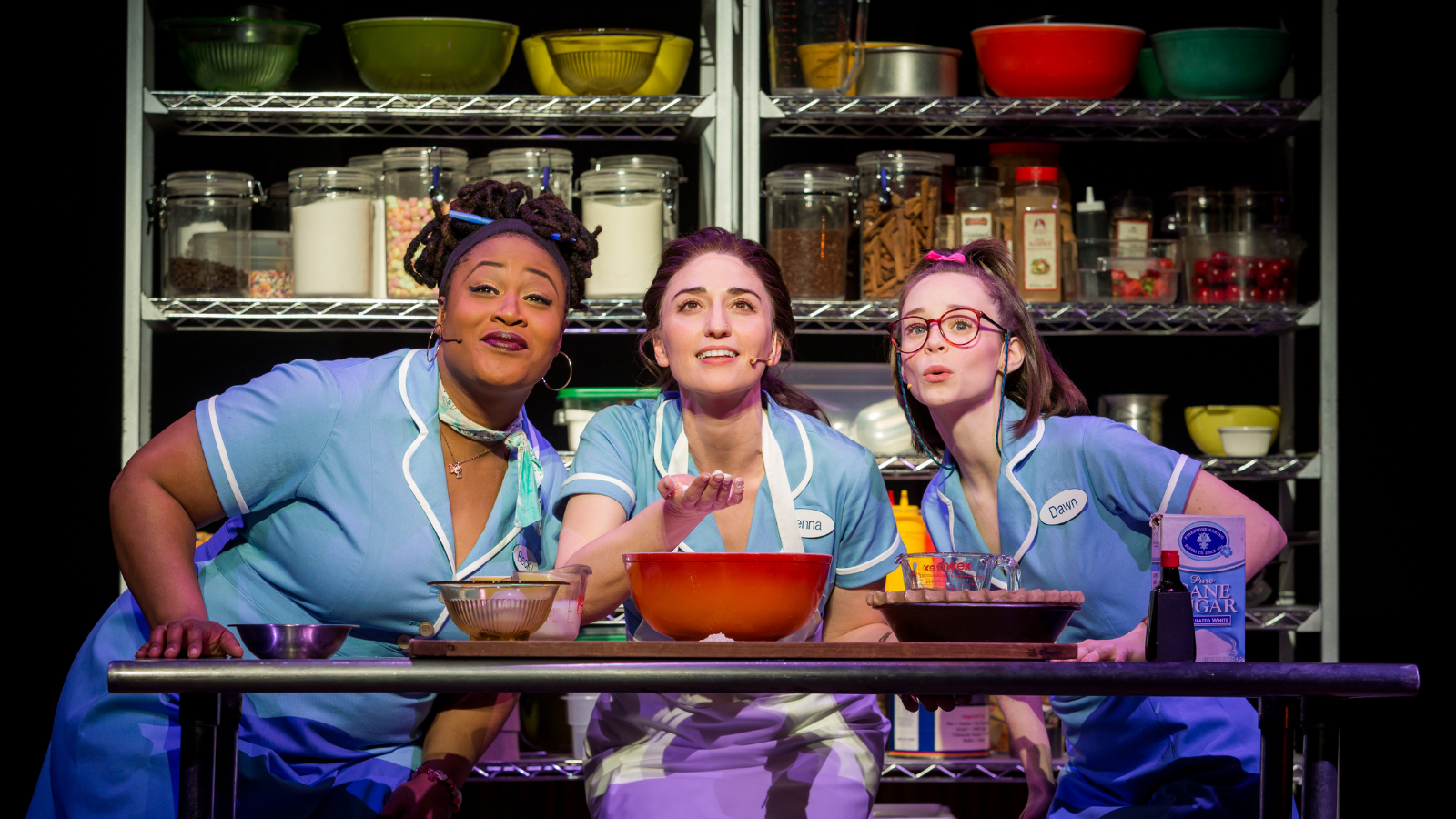 The diner is getting ready to open once more on the Great White Way, but this time across the street at the Ethel Barrymore Theatre. Based on the film of the same title written by Adrienne Shelly, Waitress tells the story of Jenna, a master pie baker trapped in a loveless marriage in a small town. With original music and lyrics by Grammy winner Sara Bareilles and a book by Jessie Nelson, the production is directed by Tony Award winner Diane Paulus.

Waitress is now in performances at the Ethel Barrymore Theatre on 47th Street in New York City through January 9, 2022. For tickets and more information, visit here.