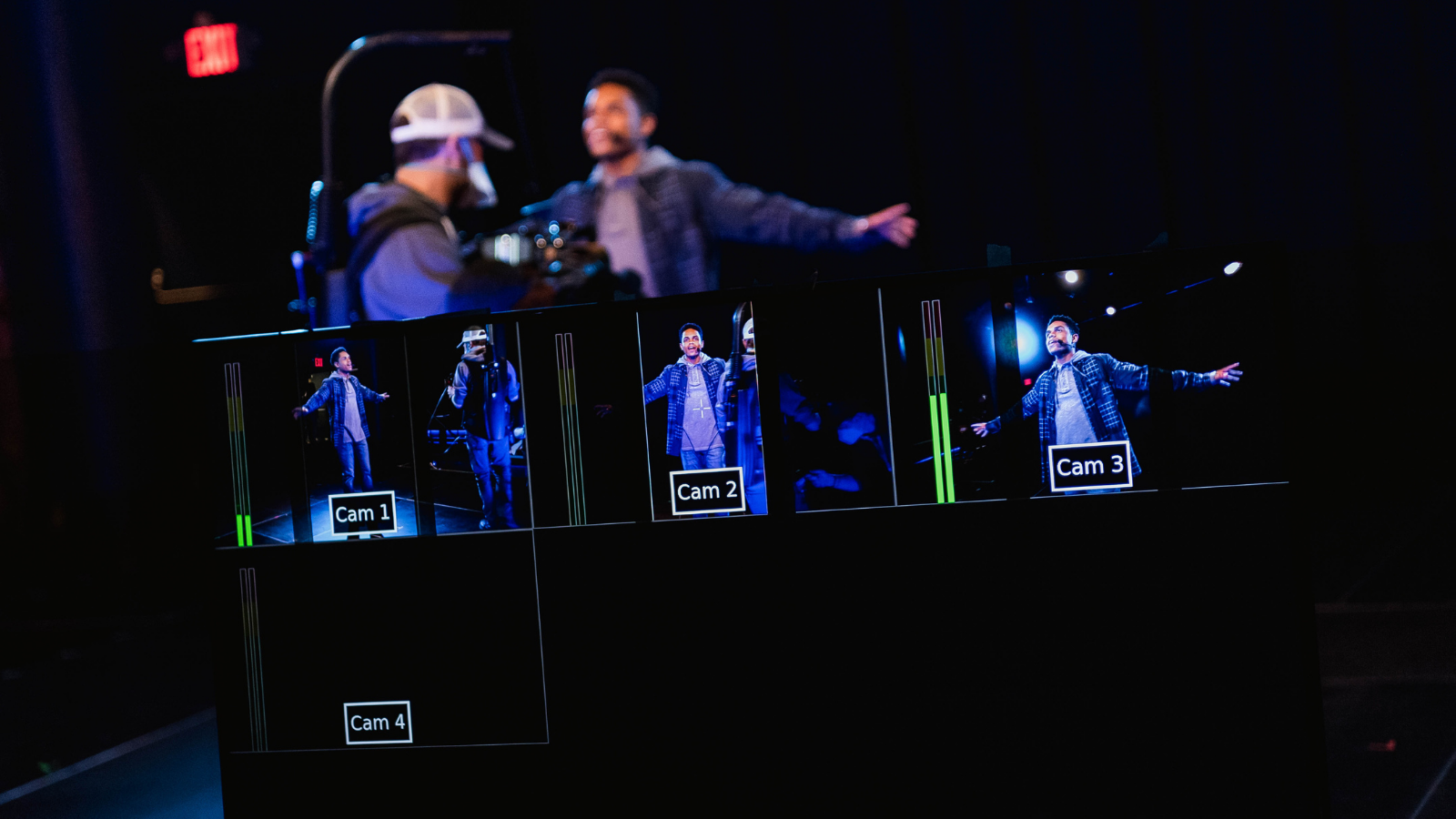 For You, Paige Airs on TikTok Tonight at 7pm ET | Photo: Michaelah Reynolds/Theatrely

Social media is taking the next step in redefining live entertainment. Daniel Mertzlufft’s For You, Paige, the first commissioned TikTok musical, will be performed from a theatre in NYC and live streamed on @TikTok April 14 at 7 PM ET.

In a story inspired by real TikTok creators, teenage music nerd Landon collaborates with his best friend Paige on a TikTok song inspired by her favorite book series. Landon’s TikTok goes viral, thrusting him into the spotlight—and leaving Paige behind. When a producer offers Landon the opportunity to adapt the book series into a musical, Landon discovers that the glory of doing it all himself isn’t worth the stress and enlists the help of Paige and the TikTok community to turn the show into a huge success.

For You, Paige will star Roman Banks as Landon and Sri Ramesh as Paige, along with James Henry, Krystina Alabado, JJ Niemann, and others in the cast. Contributing songs to the musical are Mertzlufft, Julia Riew, Katherine Lynn-Rose, RJ Christian, Blake Rouse, Morgan Reilly, Alex Engleberg, Kate Leonard, and Gosz and Fotos. Andy Cohen is set to host.

Maria Goulamhoussen and Emily Maltby will co-direct the production, with Maltby and Katie Spelman choreographing. The score will be performed by The Broadway Sinfonietta, the all-women and majority women of color founded by For You, Paige orchestrator Macy Schmidt.

Mertzlufft, the lead creative and brain behind For You, Paige is no stranger to TikTok musicals, having been a major contributor to the Grocery Store Musical trend and Ratatouille: The TikTok Musical. Since January, the theatremaker has documented the creative process behind the musical, from writing and arranging songs, creating the plot, chatting with songwriters and cast, and revealing the behind-the-scenes of how a musical goes from an idea to reality. The musical is produced in association with Media.Monks.

TikTok has quickly become a home for creatives and fans to share their love of live theater. With popular hashtags like #Broadway and #Musical receiving 4.4B and 6.4B global views to date, respectively, the platform’s community has helped turn creative ideas like Grammy-winning album The Unofficial Bridgerton Musical into a reality. For You, Paige is part of TikTok's #ProjectBroadway. Check it out in-app for cast announcements, behind-the-scenes content, and more.