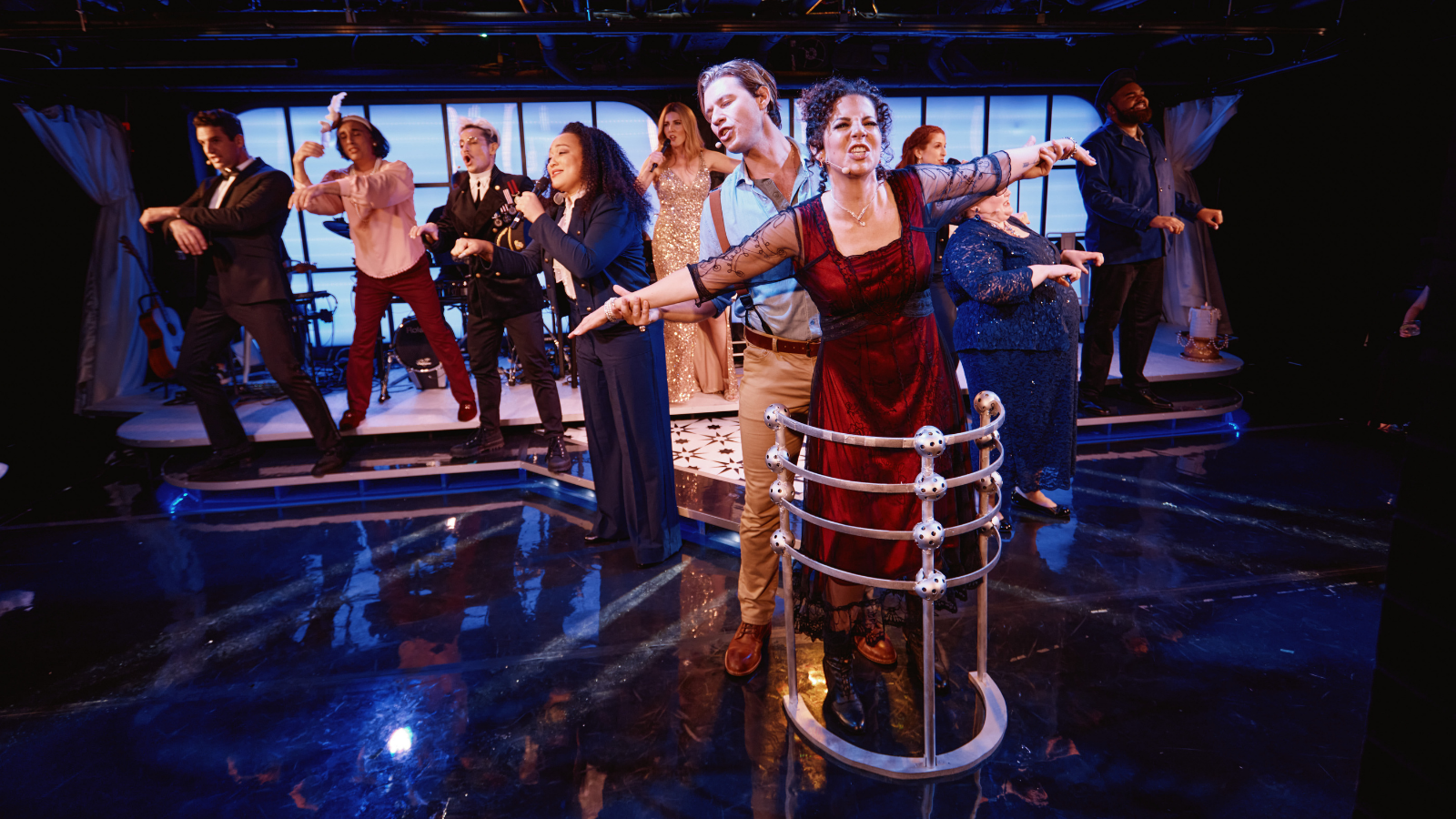 If we are to take this one tweet, out of a frozen sea containing billions of them, seriously, then there is a direct correlation between being obsessed with the Titanic (as both historical event and cultural fixation) and being gay.

If you were obsessed with this book as a kid you're gay now. pic.twitter.com/1xj8SPYODO

While our analytics team crunches those numbers to figure out why, the gayest time this side of Fire Island you can have in New York this summer is Titanique, a silly, silly jukebox musical that imagines Celine Dion as a passenger on the doomed 1912, injecting the 1997 blockbuster with her iconique songs. Now in performances at The Asylum Theatre in Chelsea, where the production’s comedy-Twitter adjacency means you are bound to run into at least seven gay micro-celebrities, it turns up the camp almost as high as Dion’s soaring vocals.

Vivaciously played by Marla Mindelle, Dion recounts the film’s Jack and Rose story while absurdly upstaging it with her batsh*t je ne sais quoi craziness. Co-written by Mindelle, Constantine Rousouli (who stars as the DiCaprio character), and Tye Blue (who also directs), the production has a homey, late-night-friends-only vibe that allows its fourth-wall breaks and general ridiculousness to glide deliciously past the perilous iceberg of bad parody.

The cast acquits itself nicely: the vocals are all on point, the women look fabulous and the men’s asses are in top form. (That last assessment courtesy of the bucket of White Claws you can take to your seat from the theatre bar). Rousouli and Alex Ellis, as Rose, are as charming as Ryan Duncan and Kathy Deitch are hilarious as the ship’s matriarchs. John Riddle is appropriately stuffy as the nefarious fiancé and Jaye Alexander has a hoot riffing down the Iceberg.

What you absolutely do not expect to walk out of this doing is praising Frankie Grande’s restraint, but his turn as Victor Garber (not Garber’s role, the man himself) is successfully played as straight as can be played by Frankie Grande in a show called Titanique.

If you’ve made it this far into the review, you’re probably already in line for the show and looking for time to kill, so thank you! Titanique is stupid in the best way possible, at times an inspired paean to gay iconology, and a delightful new way to get drunk in Chelsea.

Titanique is in performance through September 25, 2022 at Asylum NYC on West 26th Street in New York City. For tickets and more information, visit here.