Top Tracks: 3 Tunes From TREVOR: THE MUSICAL You Can’t Miss 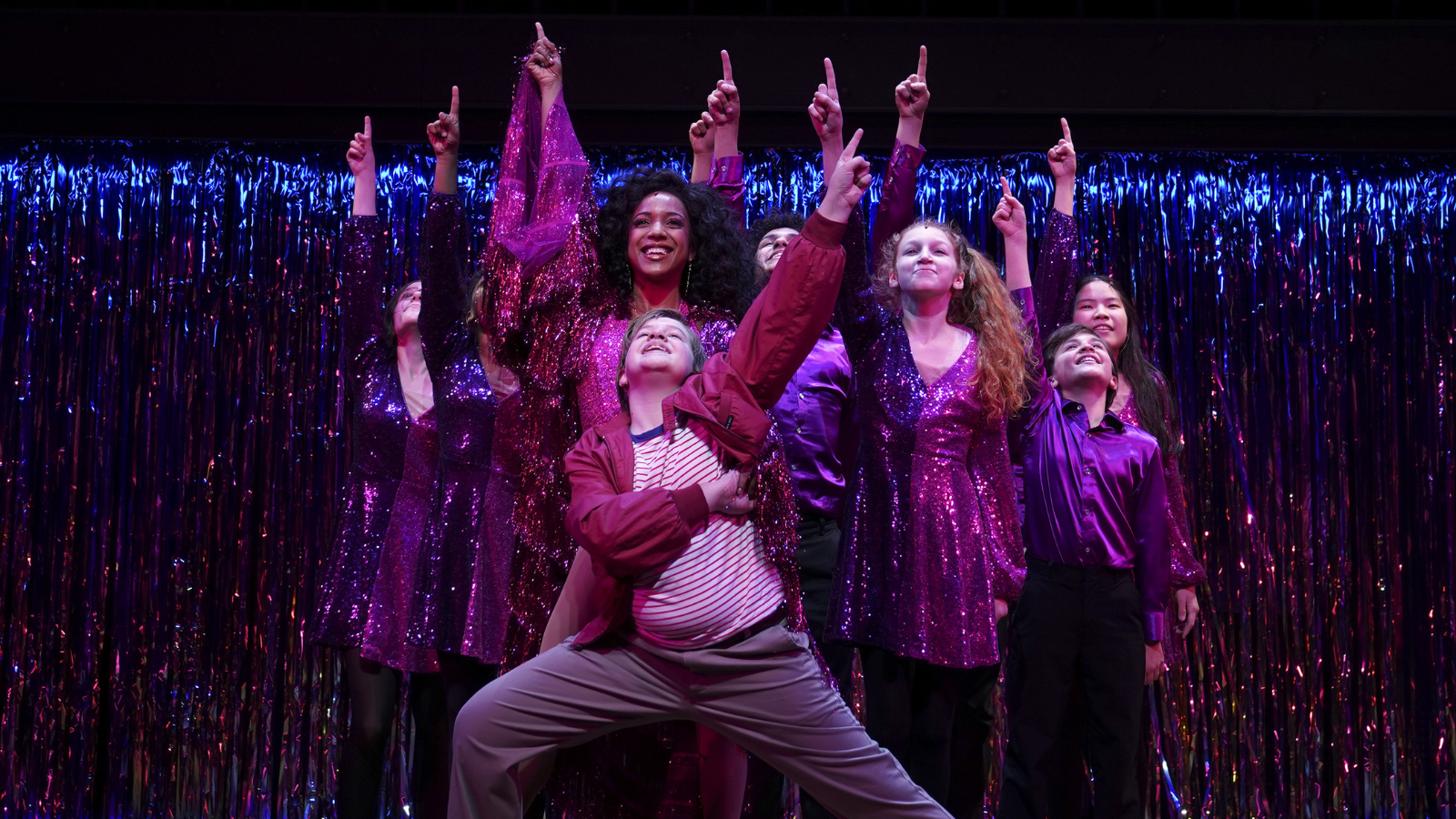 Last weekend, Disney+ dropped Trevor: The Musical, a film capture of the Off-Broadway hit that played last season at Stage 42. Trevor: The Musical follows a 13-year-old boy on a journey of self-discovery after he develops a crush on one of the popular kis at school. Oh, and he loves Diana Ross, who serves as the youngster’s guardian angel of-sorts throughout the show.

The musical features a book and lyrics by Dan Collins with music by Julianne Wick Davis. After watching the movie and listening to the original soundtrack, we came up with the top tracks to listen to if you don’t have time to listen all the way through. The album is available from Ghostlight Records; check out our picks below.

After several songs in Act 1 expand upon Trevor’s world, real and imagined, we get to see a big contemporary musical theatre ensemble number that is told from multiple POV’s. The young teens are entering that stage of romantic exploration—and what is middle school love if not making out behind the bleachers (or in this case, the parking lot of a motel)? Trevor wants to hook up with a girl to hide his true feelings, Cathy already has her rubber bands out for kissing, and Pinky thinks cinder blocks are romantic (Frannie does not). The number advances several core relationships—and leads to one of the tenderest moments in the show after the police arrive to break up the late-night trysts.

Bullies are the worst. In this number, Trevor sings what he’s written in his notebook about his love for Pinky (with whom he bonds after “Can’t Wait,” reading too much into their chat and thinking they might have reciprocal crushes). The problem is that Trevor’s not the only one signing, because his BFF Walter has shared the diary with the whole school. It’s an excellent plot-driven song as students read from the notebook, discovering Trevor’s same-sex attraction, and concocting a plan to shame the youngster. The music itself heightens the drama with Trevor’s solo parts like an uptempo love song and the bullies’ more like punk rock.

The 11 o’clock number is always a tear-jerker but this song, coming after Trevor decides to stick around, is literally life-affirming. “What if someday isn’t someday / what if it’s right now?”, he sings, realizing that today is the day it’s ok to be himself. Later, he adds: “What if weird is only different? / What is different isn’t wrong.” It’s the perfect anthem for anyone questioning their place in the world and with those around them. The answer is it’s not in your imagination: it’s wherever you are.

Directed by Marc Bruni, with choreography by Josh Prince, Trevor was produced Off-Broadway by Roy Furman and John Ambrosino/Josie Bray/Mark Woods. The filmed version of the musical was directed by Robin Mishkin Abrams. Filming was produced by RadicalMedia with Jon Kamen, Dave Sirulnick, Meredith Bennett, and Jonathan Meyers serving as executive producers. The musical is based on the 1995 Academy Award-winning short film Trevor, which inspired the nonprofit organization The Trevor Project.