Top Tracks: 3 Songs From SIX: LIVE ON OPENING NIGHT You Must Listen to 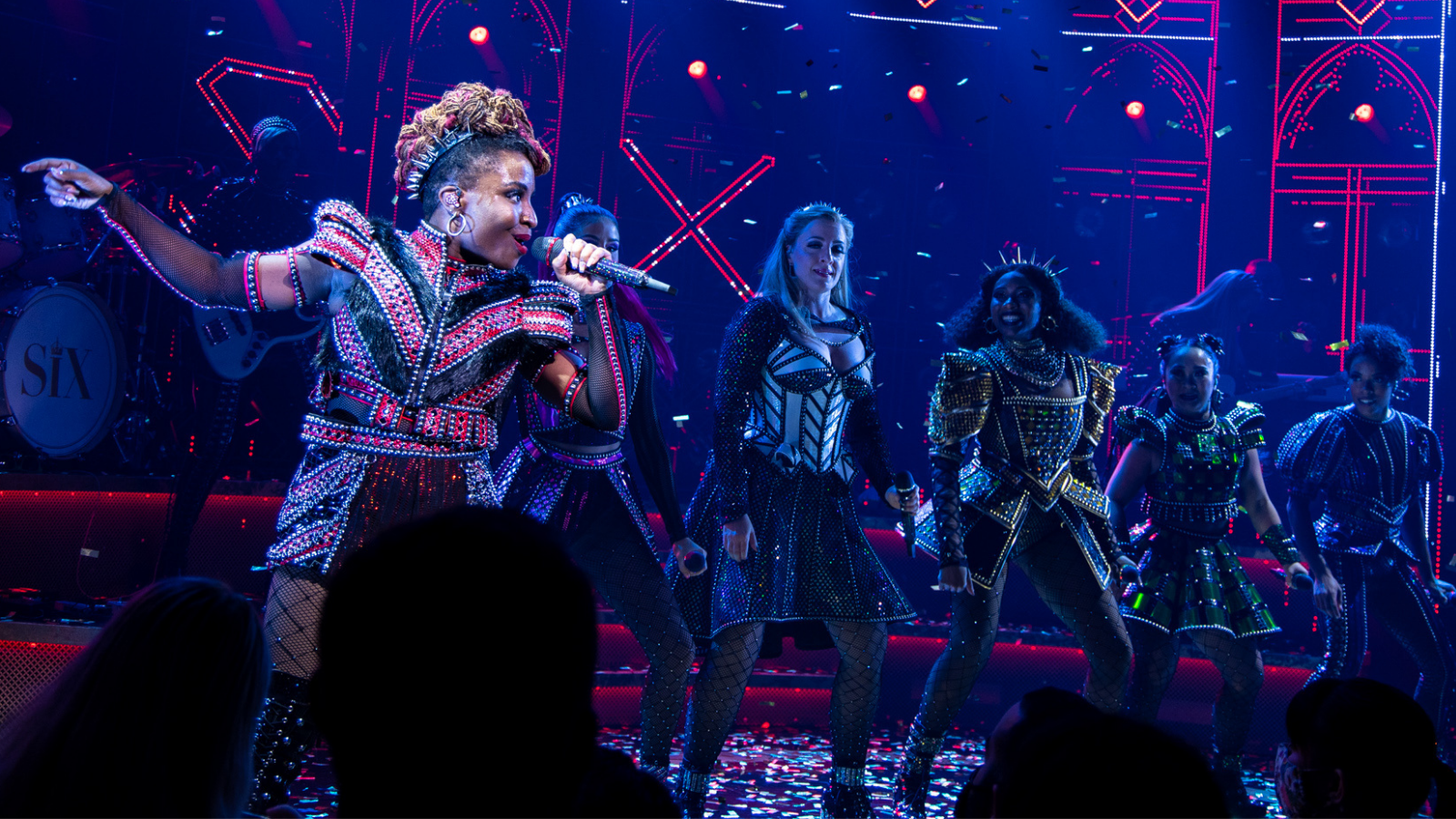 There’s no, no, no, no, no, no, no way I was going to spend this morning doing anything other than listening to the Six Broadway cast album on repeat. Six: Live on Opening Night is the bop album you need as summer arrives—it’s got pop, hip-hop, R&B, and then some more.

The album believed to be the first-ever live recording taped during opening night and was captured October 3, 2021, featuring Adrianna Hicks as Catherine of Aragon, Andrea Macasaet as Anne Boleyn, Abby Mueller as Jane Seymour, Brittney Mack as Anna of Cleaves, Samantha Pauly as Katherine Howard, and Anna Uzele as Catherine Parr.

To celebrate its release, I picked the three songs I anticipate ending up in my Top Songs 2022 playlist on Spotify. Let’s be real, though, the whole album will be on there.

‍Sorry, not sorry, but this is my favorite song in Six. The Lily Allen–esque take on Anne Boleyn’s unfortunate end is filled with spot-on puns and a hilarious outburst by Andrea Macaset. Making Anne into a villain (she insults Catherine of Aragorn several times) is a bold choice given the theme of the musical, but it works here thanks to the song’s upbeat, pitter-patter music style. Add in the cast’s outstanding supporting vocals and you’ve got a bloody good time.

If Lil’ Kim and Cardi B had a baby—it’d be this song that Brittany Mack absolutely slays as Anna of Cleaves. The number embodies dream life as a royal: real estate, money, and power, plus no man-child to deal with. Like “Don’t Lose Your Head,” the lyrics here reflect social media culture: “You said that I tricked ya / cuz I didn’t look like my profile picture.” Still, it’s Mack who takes the music to a whole new level here, merging rap and operatic aria mid-song to shake the rafters.

It’s the ultimate history rewrite! What if the women who spend a part of their lives with Henry VIII were able to tell their own stories? This empowering song is the result. It’s a big, brassy musical number that allows each of the ladies to shine while highlighting their amazing capabilities as a sextet (evidence: that acoustic 8-bar at the beginning). You can practically hear the audience get on their feet—and you will be, too, wherever you’re listening.

Shout out to the alternates! Keirsten Nicole Hodgens, Nicole Kyoung-Mi Lambert, Courtney Mack, and Mallory Maedke take Jane Seymour’s ballad and add an ethereal beauty to this ditty about “the only one he truly loved.”