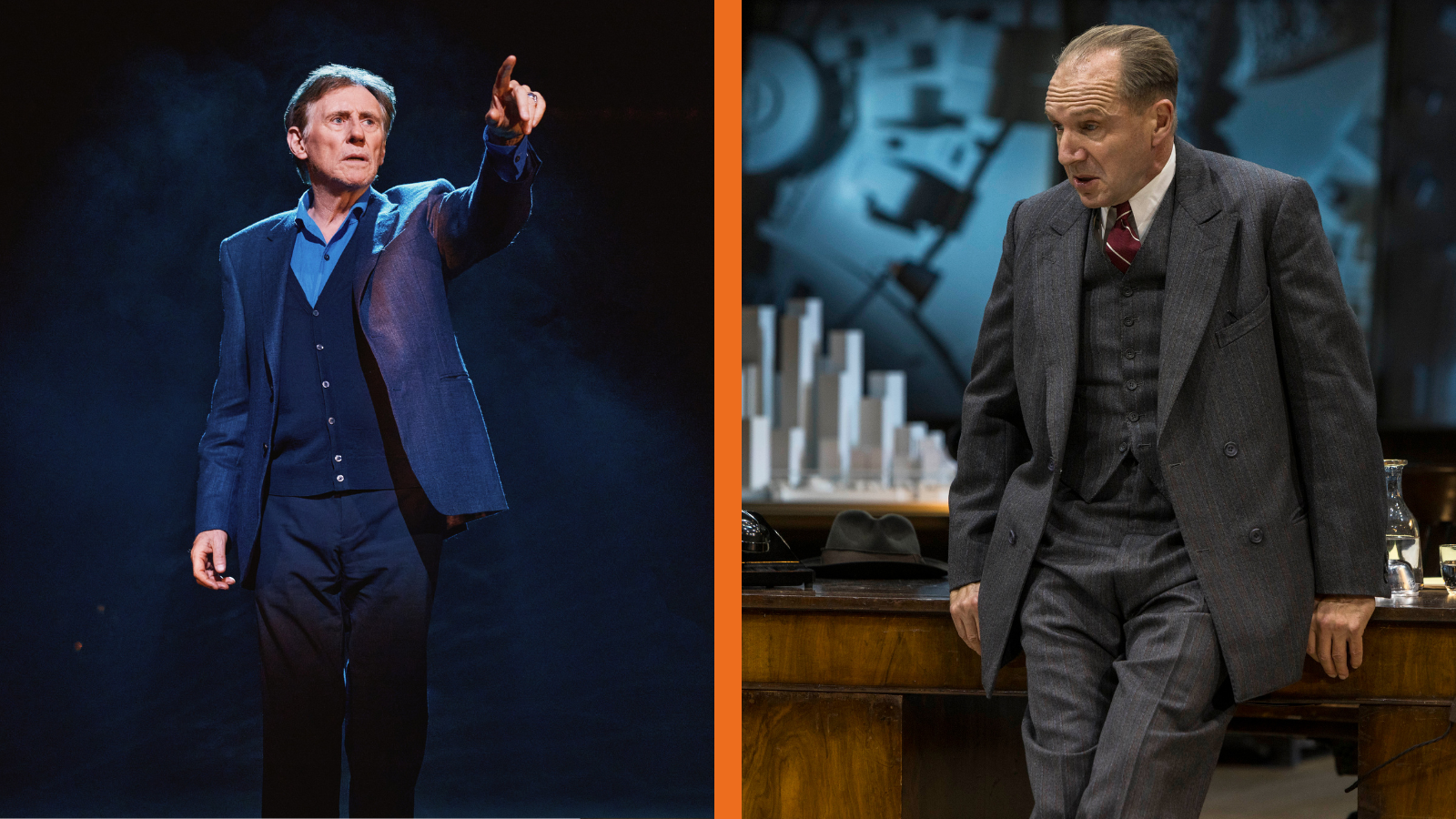 It’s a testament to the second act of Walking with Ghosts, Gabriel Byrne’s new one-man show at the Music Box Theatre, that its bouncy levity and charismatic performance managed to erase the rabid hatred I’d developed during its first. The notes I wrote during that opening half could be hardly be shown on a men’s room stall in the actor’s native Dublin, so enraged was I at being made to sit through a series of monologue even James Tyrone (from Byrne’s last Broadway outing in 2016’s Long Day’s Journey Into Night) would deem self-serious and overblown.

For a little over an eternal hour, the brilliant and respected performer uneasily slept-walk through a series of unremarkable childhood memories, taken from his new memoir of the same name. Byrne looked shaky, often staring at a particular spot on the floor—I kept trying to check for a screen down there, but alas—and not engaged with the rote stories he was telling: a time he went to the movies with his grandmother, a lullaby his mother would sing, the mean priest at his Catholic school. Told in front of Sinéad McKenna’s needless cracked-glass backdrop—she also gives him a stool, a bench, and a writing desk to barely interact with—these dime-a-dozen tales are delivered with a dourness that, at one point, asks us to consider that everyone who starred in a black and white film is now a ghost. Hmmmmm. Then he ends with a story of sexual abuse inflicted by another priest which, though earnestly felt, is entirely out of place.

Then act two begins, and it's as if the lights have been turned on. Byrne is animated, filling up the three gold prosceniums that encase him with a sense of fun and purpose. Now giving an actual performance, he shines in relating tales of his early career on the UK stage, and the ups and downs of success. The first of these, which gives him the chance to prove his comedy skills by imitating the many ways actors deliver their bows, is a delight. When you have salient issues to get off your chest, like the tenderness your father had for you, or a legendary Richard Burton drinking story which led to your eventual sobriety, why bother with a dreary lead-up?

But then, why bother trying your audience’s patience with a two-act Broadway slog instead of mounting a tight, hour-long performance at Joe’s Pub? James Tyrone certainly knows why.

Another (essentially one-man) show opened this week, though a bit further west, which banks on a similar act-to-act transformation that never materializes. David Hare’s Straight Line Crazy arrives at The Shed after an acclaimed run in London, starring Ralph Fiennes in top form as New York City’s infamous don of infrastructure Robert Moses. (I’ll give you a moment to compose yourself after digesting the idea of a play celebrating the man’s bravado while relocating hundreds of people of color for his own vanity projects being staged in Hudson Yards).

This is carried over into the (kind of hilarious) scam of selling several rows of seats on each side of the thrust stage, at what I have to assume are premium prices, then staging 90% of the action all the way downstage. Comedy!

We laugh (and thus, to a degree, cosign) at his haughty proclamations in the first act, but too much is left unsaid, during the 30 years lapsed during intermission, to fill in any interesting shades by the time we come back. Fiennes is great, of course, but the play goes nowhere. It’s that same fine line between wide-eyed money worship and satirical critique walked by films like The Wolf of Wall Street, except here seen from afar and left untouched.

Some fine supporting performances from Judith Roddy and Danny Webb are left to be mere much supporting performances due to the script’s using them as sounding boards on which Moses can assert his vision, and Hare his inability to express the man’s contradictions that might have made a fine play about possibly the most important figure in local history.

Walking with Ghosts is in performance through December 30, 2022 at the Music Box Theatre on West 45th Street in New York City. For tickets and more information, visit here.

‍Straight Line Crazy is in performance through December 18, 2022 at The Shed on West 30th Street in New York City. For tickets and more information, visit here.