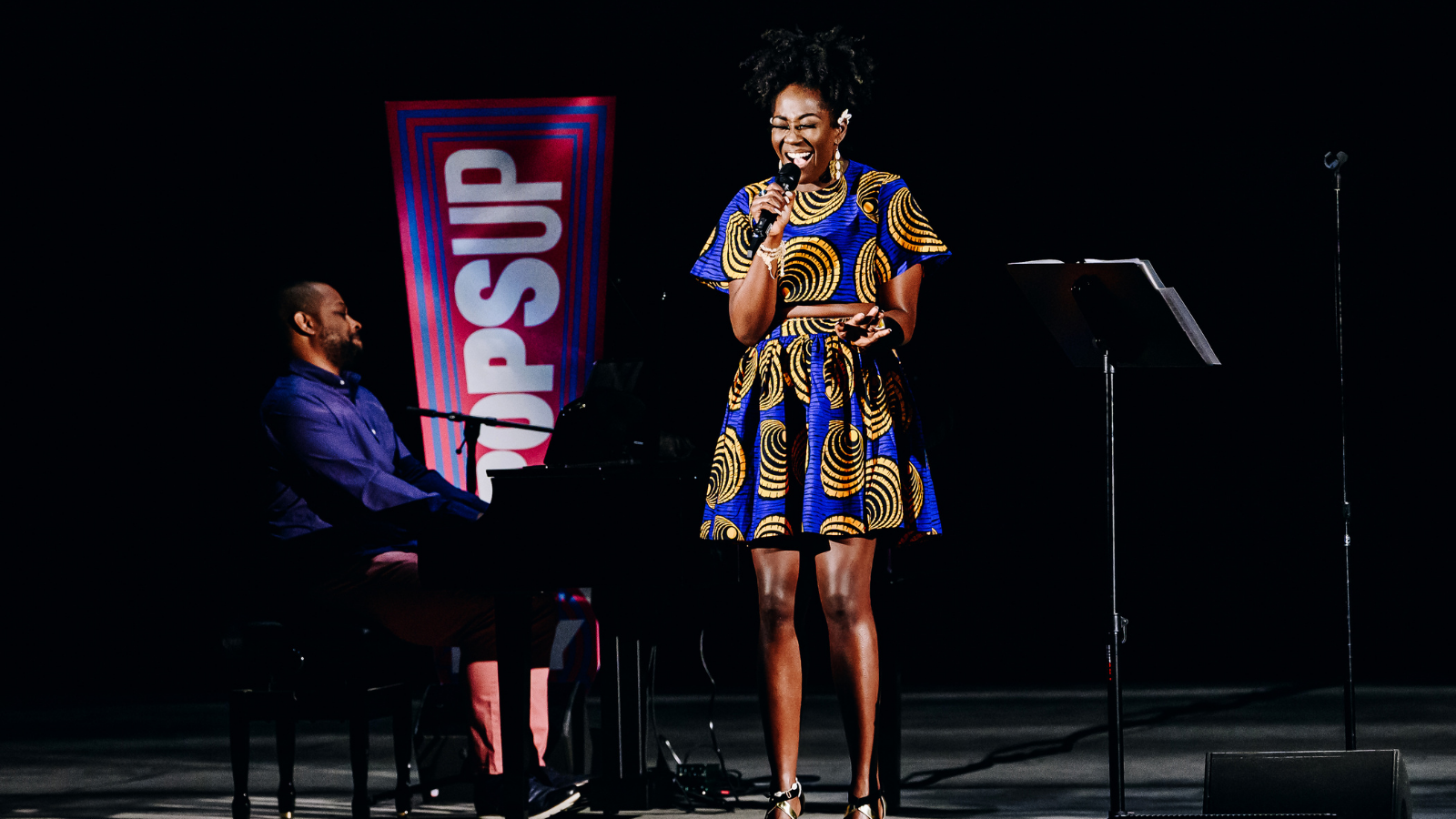 NY PopsUp presented their second performance inside a Broadway theater this past Saturday as Amber Iman performed to a socially-distanced house comprised of Broadway performers from the casts of Ain’t Too Proud – The Life and Times of The Temptations, Chicago, Come From Away, Hamilton, Jagged Little Pill, Dear Evan Hansen, Diana The Musical, Moulin Rouge!, West Side Story, Wicked, Tina: The Tina Turner Musical, and The Book of Mormon.

The event followed last week’s showcase where Nathan Lane and Savion Glover performed at the St. James Theatre, a first for Broadway since March of 2020.

NY PopsUp is a collaborative private / public partnership developed by producers Scott Rudin and Jane Rosenthal, in coordination with the New York State Council on the Arts and Empire State Development. The programming is curated by the interdisciplinary artist Zack Winokur, in partnership with a hand-selected council of artistic advisors who represent the diversity of New York’s dynamic performing arts scene and artistic communities.